Two years ago, we announced that we had started to revise the online descriptions of manuscripts in the British Library's Harley collection. At that point, back in May 2019, relatively few of the Harley manuscripts were included in our Archives and Manuscripts catalogue (searcharchives.bl.uk), and so readers had to rely in most part on the entries in the old published catalogue, printed in 1808–12. 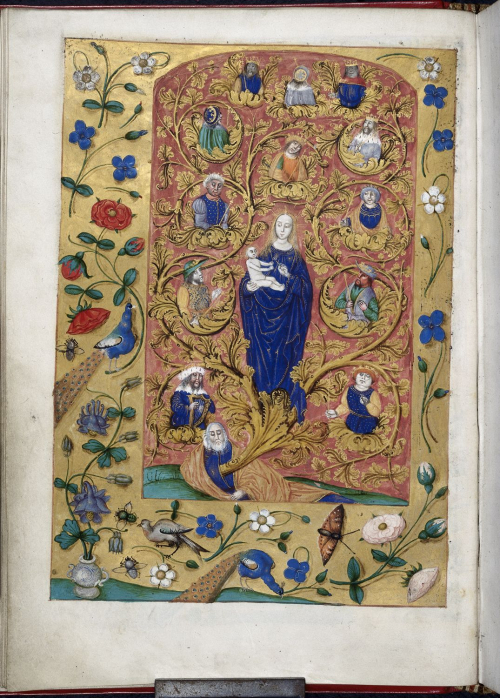 Miniature of the Tree of Jesse at the beginning of Psalm 1 (Rouen, around the 1490s, with additions made in England or the southern Netherlands): Harley MS 1892, f. 31v

Today, we can tell you that more than 3,500 Harley manuscripts, charters and rolls can now be found in our online catalogue, the result of many months of patient research and cataloguing, much of it done under the pressures of lockdown. Given that there are more than 7,600 Harley manuscripts, there is still some way to go, but a significant number of those written before the year 1600 (and many written after that date) now have updated records. You can read more about the Harley collection in our online guide. 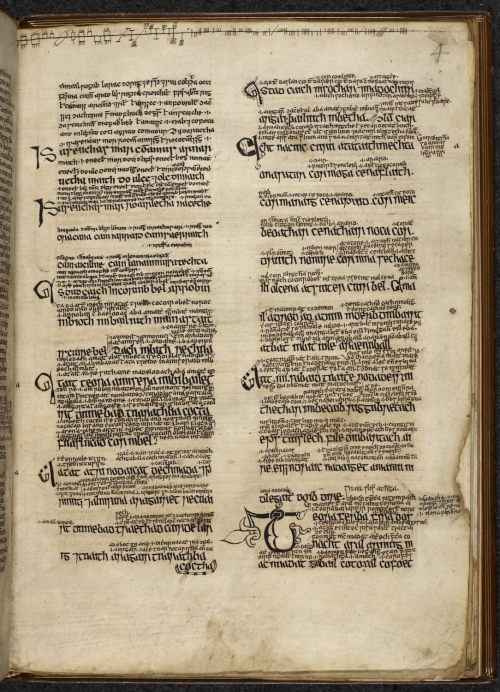 So which manuscripts have been added to our catalogue most recently? A brief list of their contents will give you some flavour of the range of the Harley collection, and the complexities of providing modern, accurate entries for them. For example, Harley MS 432 contains An Senchas Már, a 16th-century legal text written in Irish. We know that its scribe was Gilla na Naem Ó Deoráin, according to an inscription in ogham on f. 14r, and he was writing at Aninsi art Labadrais, possibly Inch Saint Lawrence (Co. Limerick). Harley MS 4775 contains the Gilte Legende, a Middle English prose translation of the Legenda Aurea. Its scribe was 'Ricardus Franciscus', who may have copied the text directly from another manuscript, now Oxford, Bodleian Library, MS Douce 372. Harley MS 4313 is a formulary for legal process in the Court of Arches at London, begun in the 1560s, and is typical of the sorts of administrative manuscripts that most interested Robert Harley, Lord High Treasurer under Queen Anne, and his son, Edward. Harley MS 1892, in turn, is a beautiful illuminated Psalter, made in Rouen in the late-15th century for an English patron, and subsequently heavily refurbished. 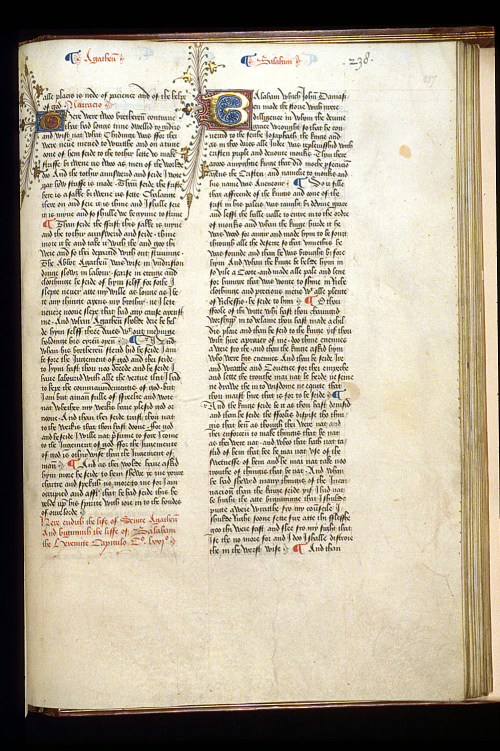 The credit for cataloguing the pre-1600s Harleys over the past 18 months should go to Clarck, Calum, Ellie, Peter, Kathleen, Seosamh, Chantry and other members of the Ancient, Medieval and Early Modern Manuscripts team. Despite the issues brought on by Covid, they were able to produce draft Harley records in many instances, which were then enhanced and completed when they returned to the office. We hope that this in turn will support other people's research and pleasure, and that it leads to us gaining a better understanding of medieval and early modern manuscript culture.

You can search for the Harley manuscripts on our online catalogue, and you can also browse the collection available so far.