A gift fit for a king

This week, many of us will be searching for the perfect gifts to give to friends, family and the person who seems to have everything. As a 12-year-old, Princess Elizabeth came up with the perfect present for her father, King Henry VIII. Visitors to Elizabeth and Mary: Royal Cousins, Rival Queens can see the prayer book that she gave to him as a New Year’s gift on 1 January 1546.

Portrait of the young Elizabeth, by an unknown artist after William Scrots, 16th century: Private collection

Elizabeth had received an excellent humanist education and her present showcased the fruits of her learning. The small volume’s 117 pages contain the young princess’s trilingual translation of her step-mother Katherine Parr’s published Prayer and Meditations from English into Latin, French and Italian, all written out in her beautifully neat italic handwriting. 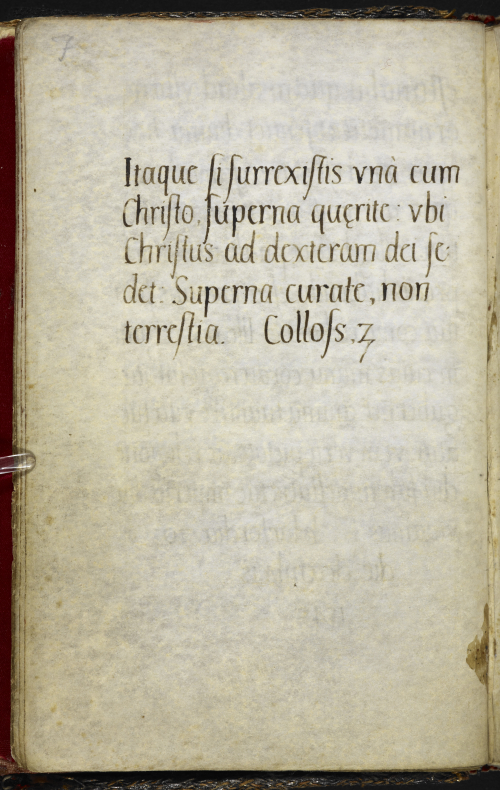 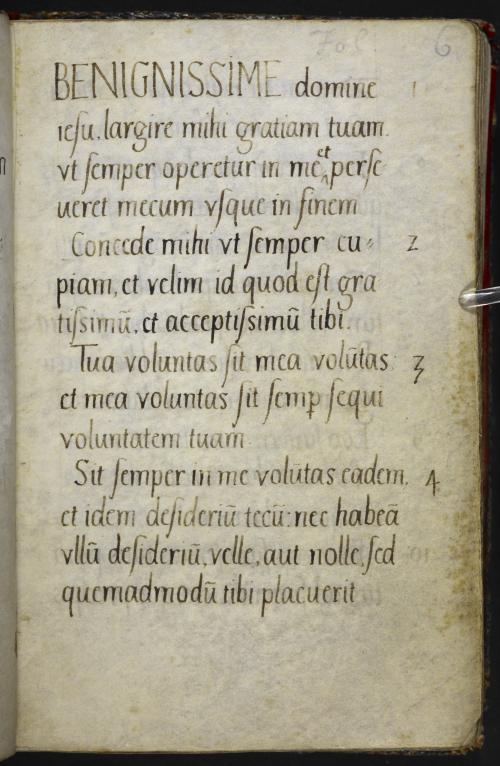 The prayer book’s dedicatory epistle, dated 30 December 1545 and addressed from Hertford, where Elizabeth and her half-brother Prince Edward Tudor were probably then living, is the princess’s only surviving letter to her father. In it Elizabeth wisely praised Henry, referring to him as ‘a king whom philosophers regard as a god on earth’ and acknowledged his ‘fatherly goodness’ and ‘royal prudence’. But just one year after her restoration to the succession, Elizabeth also took the opportunity to draw attention to her royal descent and status as the king’s daughter. She explained that ‘it was thought by me a most suitable thing that this work … an assemblage by a queen as subject matter for her king, be translated into other languages by me, your daughter, who by this means would be indebted to you not only as an imitator of your virtues but also as an inheritor of them’. 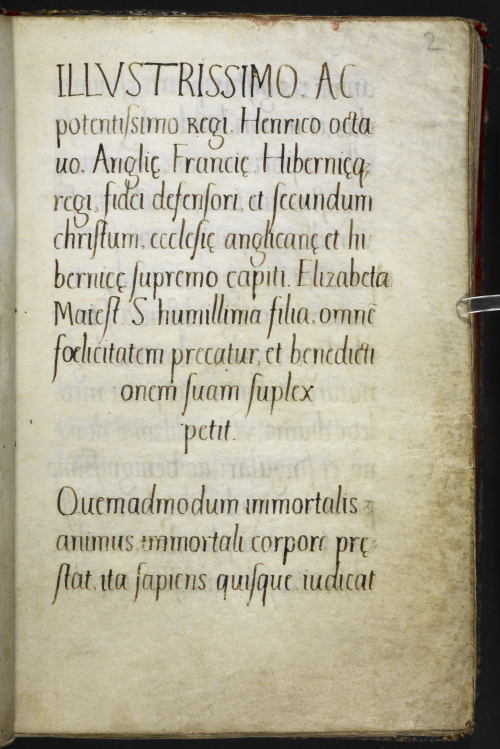 The elaborate embroidered cover is also thought to be Elizabeth’s own handiwork. It incorporates Henry and Katherine’s entwined monograms sewn in silver and gold threads, with a white rose, the emblem of the princess’s namesake and paternal grandmother, Elizabeth of York, stitched in each corner. 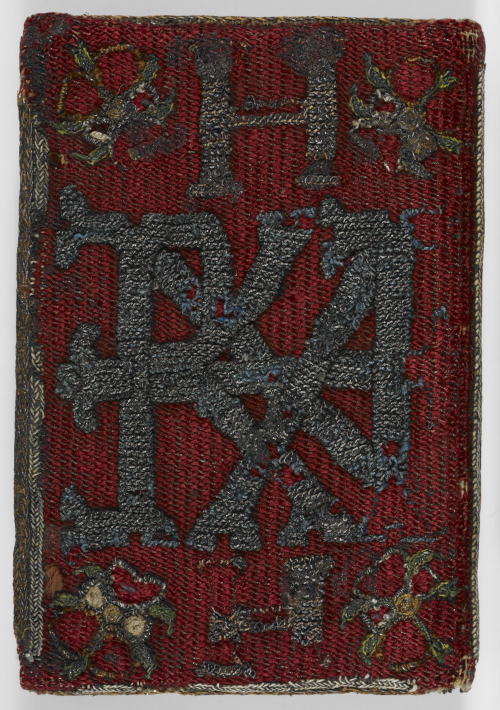 In the exhibition the prayer book is displayed open to showcase Elizabeth’s proficiency in foreign languages, but the British Library imaging team has worked with Cyreal, a 3D technical company, to capture the prayer book in 3D in order to enable visitors to view the binding in virtual reality. Using a process called photogrammetry, a large number of photographs of the prayer book were taken from multiple angles. 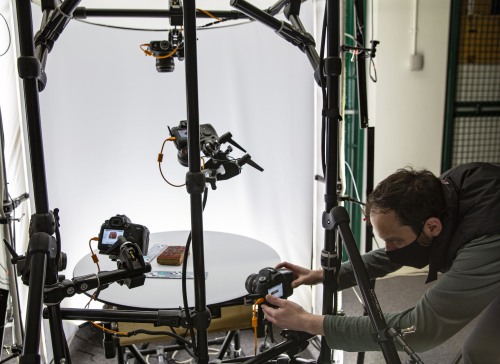 Imaging set-up at the British Library

This image shows the prayer book and the position of each of the photographs. The photographs were then analysed by a computer programme using a software that is able to identify key features and then match them across all the images. Using complex mathematics, the software works out where in space the feature is and then marks the point in digital space. It does this many millions of times, building up a picture of the prayer book’s structure. It then joins these points together using lines to create a polygon mesh. 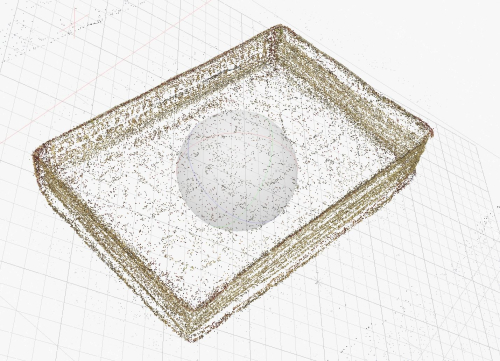 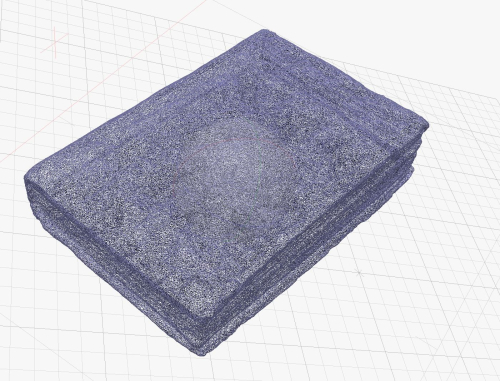 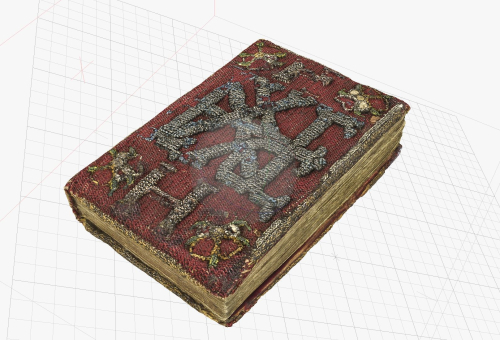 The software creates a mosaic of the photographs and wraps the mosaic with the digital mesh.

The final 3D digital model can be viewed from any angle.

We hope that you enjoy watching the 3D animation of the binding.

Posted by Ancient, Medieval, and Early Modern Manuscripts at 9:58 AM