Christmas is the season of giving. This involves choosing appropriate gifts for our relatives and friends – not an easy task. Medieval manuscripts may give us inspiration, though in many cases the gifts would probably be way out of our price range. Here are some ideas for different situations.

For that special person

The scene of the Magi presenting their gifts to Christ on the feast of Epiphany is often included in cycles of images found in medieval liturgical books. The gifts of gold, frankincense and myrrh signify that the infant is a future king, priest and sacrifice. One could follow the example of the Magi and give something expensive and shiny made of gold such as a crown or a goblet, or beautifully fragrant like frankincense or myrrh. Or if you’re looking for a cheaper option, perhaps a scented candle? 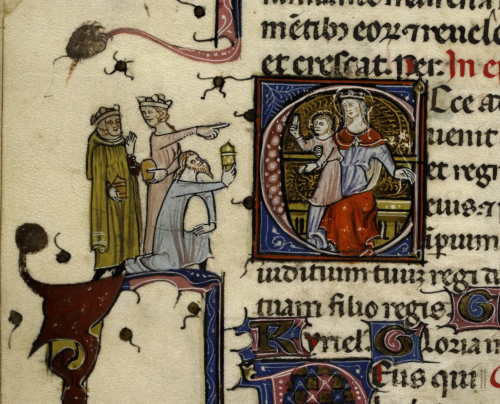 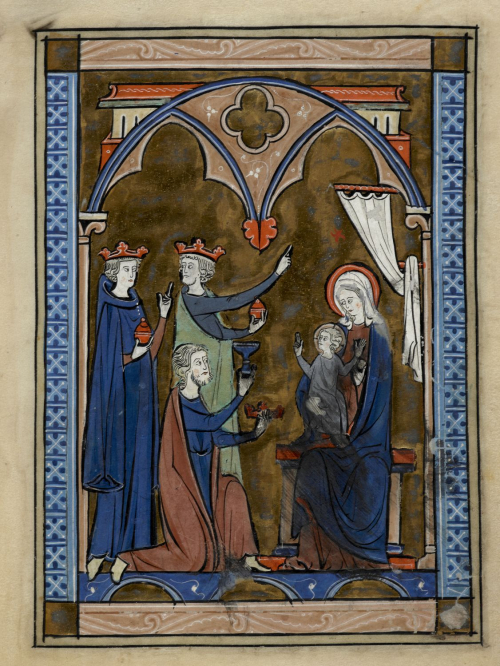 What to give the person who has everything

This was the problem faced by the Queen of Sheba. In the Old Testament (I Kings 10) we are told that she visited King Solomon to test his reputation for wisdom, prosperity and holiness. The magnificence of his court and the copious offerings he made to the Lord took her breath away. So she presented him with 120 gold coins, unprecedented quantities of spices, and various precious stones. This was perhaps not the best solution for someone who already had everything. But what to do? 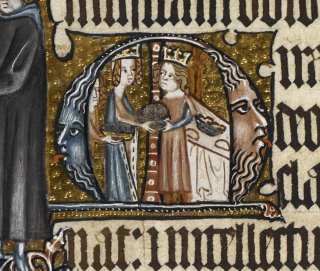 The Biblia Pauperum, a picture book that juxtaposes scenes from the Old and New Testaments, shows the Magi and the Queen of Sheba side by side presenting their gifts. But though gold and riches might be suitable for Solomon, are they really an appropriate gift for a baby? In this charming depiction of the Nativity, the Christ child appears to be trying to grasp the golden objects from the kneeling Magus, scattering them to the floor, while looking back at his mother to see her reaction. 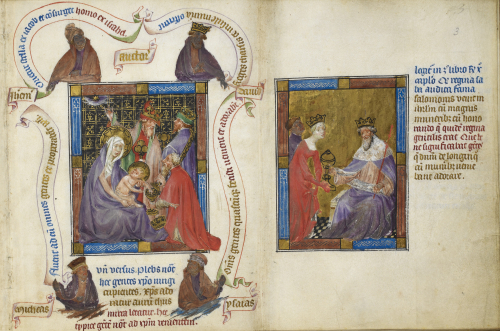 The Magi before Christ and the Virgin (left), and the Queen of Sheba presenting a gold goblet to Solomon (right), in a Biblia Pauperum (?The Hague, Netherlands, c. 1405), Kings MS 5, f. 3r

Receiving gifts from managers and business associates can be a mixed experience, and choosing them is even more difficult. Medieval kings were gift-givers par excellence, giving gifts to symbolise their wealth and power and to cement alliances with their subjects. They also donated large amounts to the Church in return for eternal salvation for themselves and their families. An early example is represented in a drawing of King Cnut and his wife Aelfgifu (or Emma) presenting a magnificent gold cross to the New Minster, Winchester, as a symbol of their patronage. 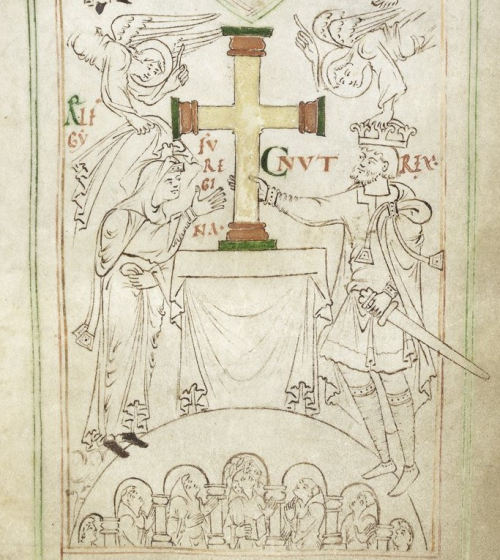 Alexander the Great was both a giver and receiver of gifts, according to medieval accounts of his life. Here he is shown receiving gifts from Darius along with a threatening message from the Persian king. 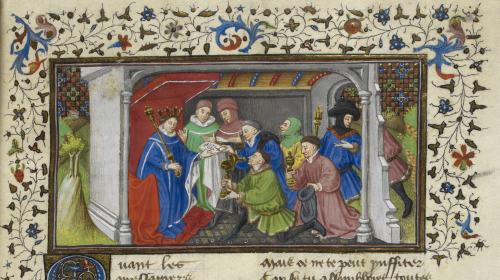 Sometimes monarchs expected gifts in return from their loyal subjects. Gold goblets seem to be a popular choice in these circumstances. 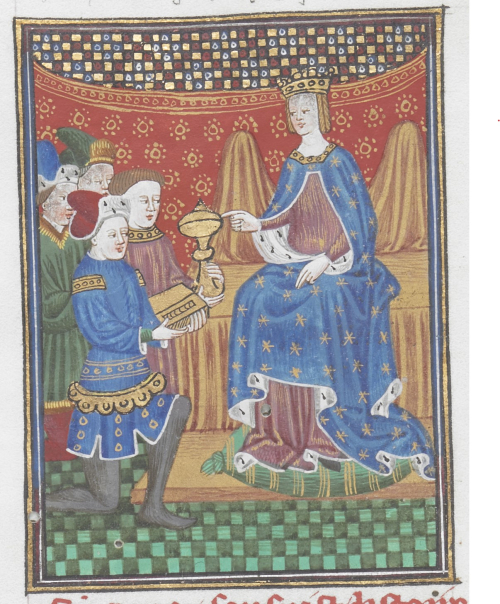 It seems that manuscripts are rather short on gift ideas, if gold goblets are not to our taste. But wait – there is another option that many of us will resort to once again this Christmas… books!

There are so many different types of books out there – something for everyone. And in the Middle Ages books were popular gifts too for kings, queens and princes. A most magnificent example is the Talbot Shrewsbury Book presented to Margaret of Anjou on her betrothal to Henry VI of England by the 1st Earl of Shrewsbury. 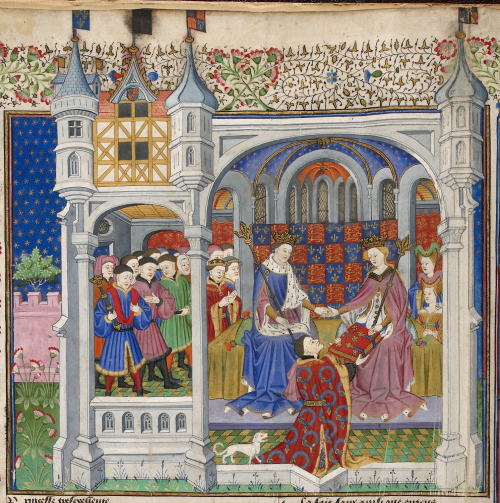 John Talbot, Earl of Shrewsbury, kneeling and presenting a magnificent book of romances to the future queen of England, who is seated in a palace beside the king, in the Talbot Shrewsbury Book (Rouen, c. 1445), Royal MS 15 E VI, f. 2v 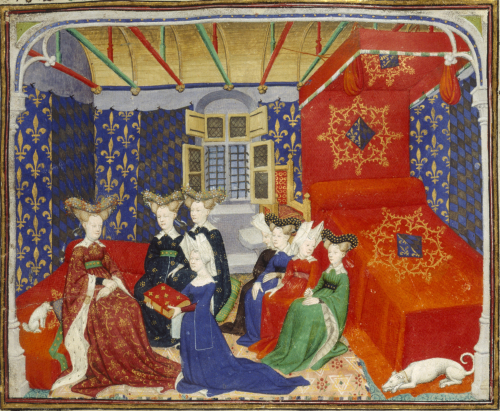 Notice the dogs in both these images – they were a symbol of fidelity in medieval imagery. For us they are maybe a reminder not to forget our pets this Christmas – they need gifts too! Perhaps a tasty bone would be just the thing. 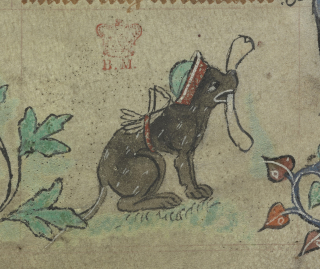 All of us in the Ancient, Medieval and Early Modern Manuscripts team at the British Library wish you a very happy festive season!