How to be an effective ruler: the Basilikon Doron of King James VI and I

The British Library’s current major exhibition, Elizabeth and Mary: Royal Cousins, Rival Queens, charts the relationship and the lives of Elizabeth I and Mary, Queen of Scots, as well as the significant figures who were part of their courts and inner circles. One of the concluding sections of the exhibition explores the final years of Elizabeth’s reign and looks ahead to the accession of Mary’s son James to the English throne following Elizabeth’s death in 1603. The exhibition features a significant item written by James himself: a work known as the Basilikon Doron (literally meaning the ‘King’s Gift’ in Ancient Greek. 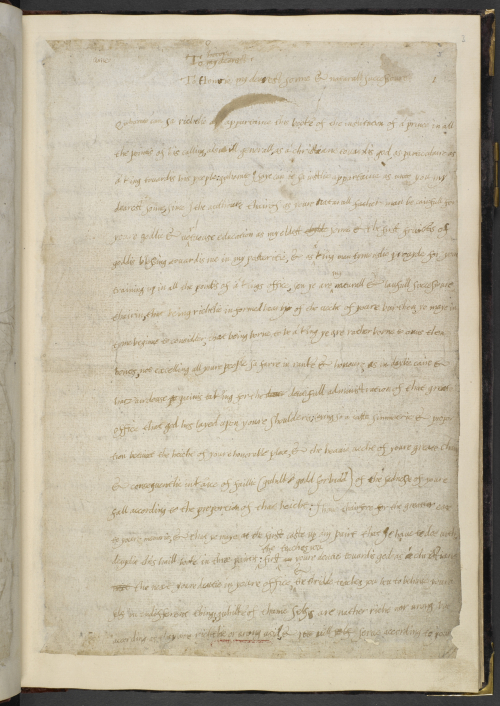 The opening of the Basilikon Doron, written by King James for his son Henry Frederick, the future Prince of Wales: Royal MS 18 B XV, f. 3r

The Basilikon Doron is a treatise on government. Written in the form of a letter addressed to his eldest son Henry Frederick (1594–1612), James’s work sets out the guidelines for how to be an effective monarch. The text is divided into three books. The first is concerned with being a good Christian, love and proper respect for God, and the study of Scripture. The second is focused on the law, the nature of justice and the practical mechanisms of governance. The third is devoted to the daily life of the monarch and the strict codes of conduct that a ruler should follow, covering everything from sleeping habits and wardrobe choices to personal grooming. 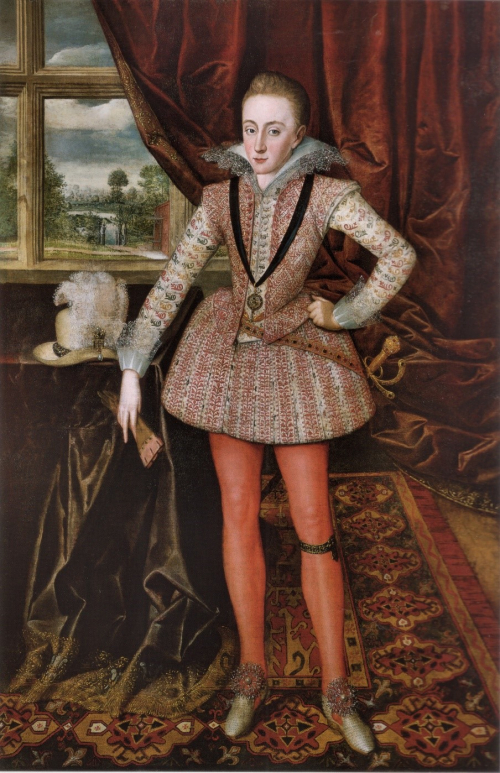 A portrait of Prince Henry Frederick, for whom the Basilikon Doron was written, painted by Robert Peake the Elder, c. 1610: National Portrait Gallery, NPG 4515

The British Library is home to an autograph copy of this work, written in King James’s own hand. It was most likely a working copy of the text: there are numerous erasures, corrections and revisions visible throughout. After James’s accession to the English throne, this autograph manuscript became part of the Royal library (now Royal MS 18 B XV), where it was given an elaborate binding, made from purple velvet, and featuring the royal initials ‘IR’, and the Scottish lion and decorative thistles in gold (though some of these elements have since been lost). The book can now be read in full on our Digitised Manuscripts site. 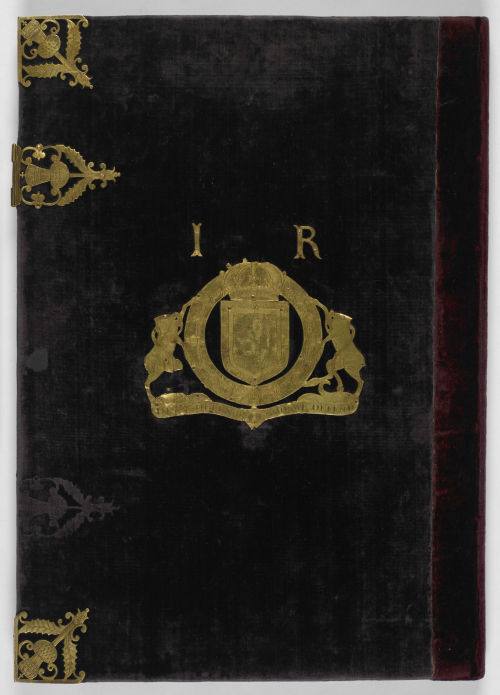 James had an unusually high literary output for a king. He was known to retreat to his study regularly to read and write. He was a patron of poets and playwrights. On his accession to the English throne in 1603, he granted the royal patent which authorised the formation of the King’s Men, the acting company of William Shakespeare (1564–1616). James was also a poet in his own right, and in 1584, at the age of only 19, he set out the rules and traditions of Scottish poetry in a work known as the Reulis and Cautelis to be Observit and Eschewit in Scottish Poesie.

The opening of the autograph manuscript of the Basilikon Doron is prefaced by one of James’s sonnets, written in Middle Scots. Addressed to Henry Frederick, it reads:

Loe heir my son a mirror viue and fair

Bot give a guid advyse unto zow heir.

How it sould be zour chief and princelie cair

And in the booke zour Lesson vill ze leire

For gyding of zour people great and small; 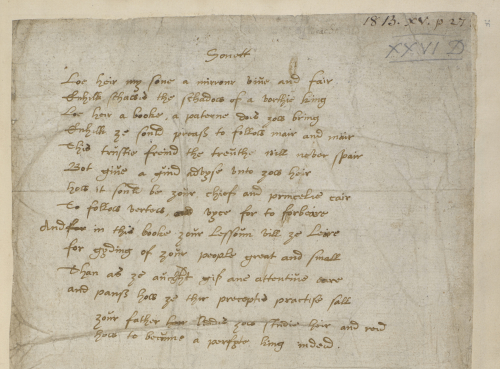 In addition to this handwritten draft of the text, printed copies of the Basilikon Doron were also produced. The first edition of the work was made in Edinburgh in 1599 by the English printer Robert Waldegrave (1554–1603), who had previously worked on several of the king’s other texts, including his literary thesis Poetical Exercises (1591) and his Daemonologie (1597), a treatise concerning the practices of necromancy and black magic. Only seven copies of the Basilikon Doron were made in this initial print run, one of which can now be found at the British Library (G.4993).

A second edition of the text was published in London in 1603, immediately after the death of Elizabeth I and James’s accession to the thrones of England and Ireland. Unlike the 1599 edition, which was clearly intended for a select, private audience within the king’s inner circle, this edition was intentionally public, circulating widely in England, Scotland and across Europe, with thousands of copies sold. 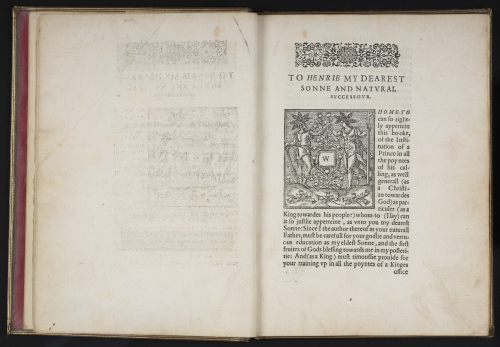 Unfortunately, Henry Frederick did not live long enough to be able to put his father’s instruction into practice. In 1612, eight years after the second printing of the text, James’s son died from typhoid fever, at the age of only 18, leaving his brother Charles to take his place as Prince of Wales and eventually become James’s successor as King of England and Scotland, taking the throne in 1625.

You can see both the autograph and printed copies of James’s Basilikon Doron in Elizabeth and Mary: Royal Cousins, Rival Queens, on at the British Library until 20 February.