Reach for the stars

Marcus Tullius Cicero (b. 106 BC) is one of the best-known ancient Roman authors. A formidable speaker at court trials and political debates as well as a prolific theorist of rhetoric and philosophy, he influenced generations of scholars and students. It is less known, however, that through his striking and often beautifully illustrated work the Aratea, he was also responsible for introducing many a medieval and early modern reader to the Classical constellations.

An animation of the constellation Sirius the Dog Star, from a 12th-century copy of Cicero’s Aratea (England, Peterborough, around 1122): Cotton MS Tiberius C I, f. 28r

In addition to his many prose works, Cicero was also a poet. However, his reputation as a poet was tarnished somewhat by an infamous work he wrote about his own political genius, The history of my own consulate, which is now lost. Nevertheless, other examples of his poetic texts are preserved, including his translation of an epic poem by the 3rd-century BC Greek poet Aratus. 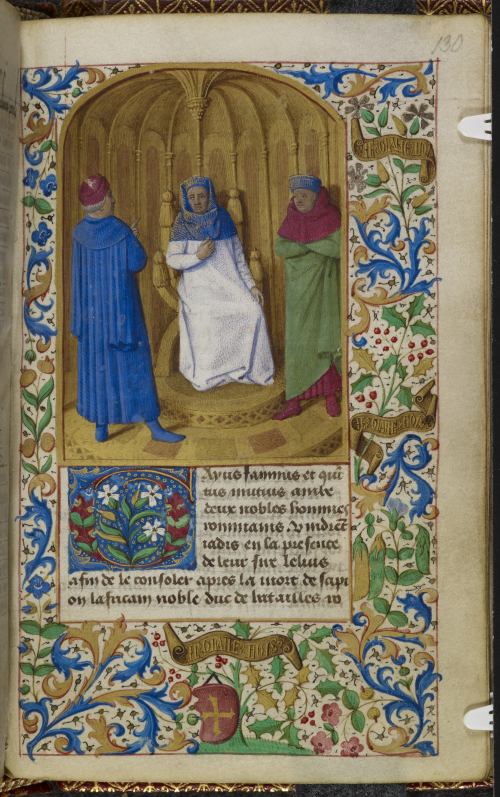 Aratus was asked by the Macedonian king Antigonus Gonatas (320 – 239 BC) to compile a handbook on stars and constellations. The resulting work, entitled Phaenomena (Appearances on the Sky) is in hexametric verse and presents an overview of the entire astronomical knowledge of Aratus’s time in polished poetic language. It was highly esteemed, and survives in many copies, often with commentaries. An early example is a fragment of a 4th-century papyrus codex that contained the poem with notes on the right-hand margin. 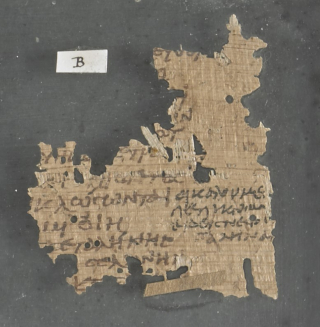 The popularity of this work is also demonstrated by the fact that the Phaenomena is the only pagan poetic text that is explicitly referred to in the New Testament. In the Acts of the Apostles, when Paul speaks to the Athenians on the Areopagus, his speech begins with a quotation from ‘one of the poets’ of the Greeks. The unnamed poet was in fact Aratus. Paul cites from line 5 of his Phaenomena claiming that ‘we are all offspring’ of a supreme God (Acts 17: 28). 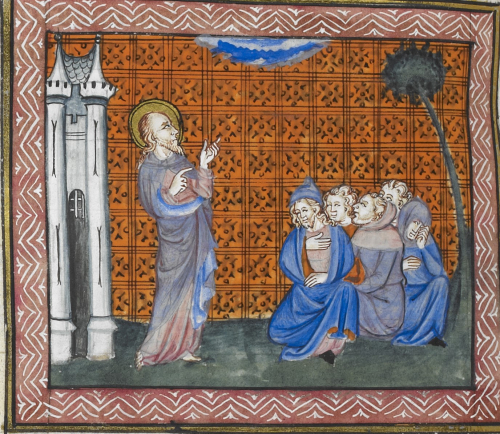 It was perhaps this wide-reaching popularity of Aratus’s poem that attracted Cicero to translate it into Latin at the very beginning of his career. His translation became known as the Aratea, after the original Greek poet. Unfortunately, Cicero’s translation does not survive in its entirety; the prologue and several other portions of the work are now lost and less than half of the original text has eventually come down to us. However, what the manuscripts did preserve is the illustrative tradition of the text, which may date from Late Antiquity. 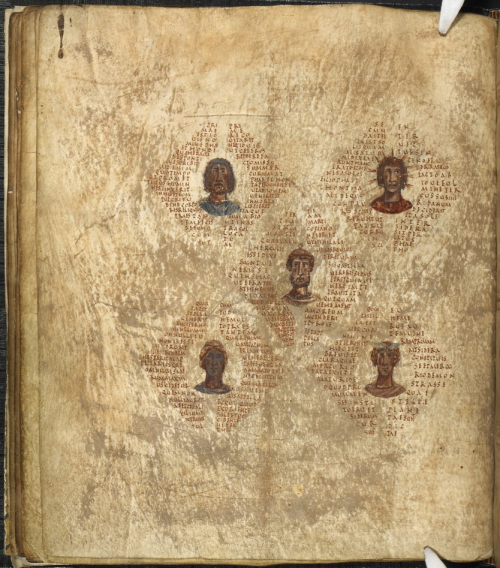 One of the earliest and fullest copies of Cicero’s Latin translation of Aratus’s poem is a manuscript made in the early 9th century (Harley MS 647). The manuscript preserves a carefully edited text: Cicero’s Latin verses are arranged in blocks copied on the lower half of the page in Caroline minuscule. Above, there are lavish coloured illustrations, which contain explanatory notes written in old-fashioned Roman rustic capitals inside the images. The work, therefore, is both useful and beautiful, as is apparent in the section on the constellation Cygnus the swan. 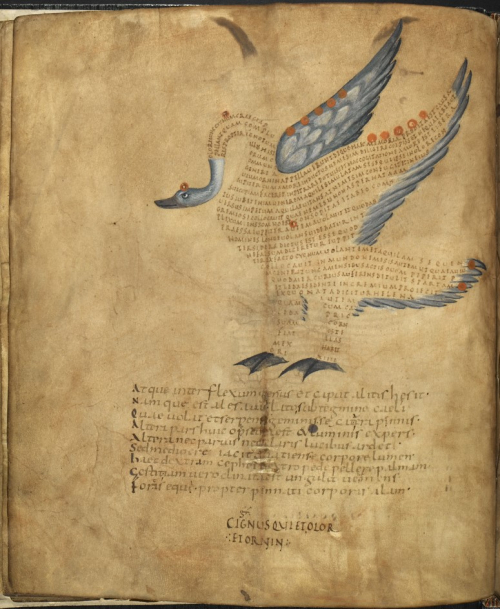 This early layout comprising text, illustration and commentary proved very successful. It had a long afterlife surviving in a number of later manuscripts, such as a deluxe copy produced at a Benedictine abbey in Peterborough around 1122. This adaptation of Cicero’s Aratea shows a similar layout to the manuscript 300 years earlier but the illustrations are now drawn in pen, without colours except for red dots marking the stars of the constellation. 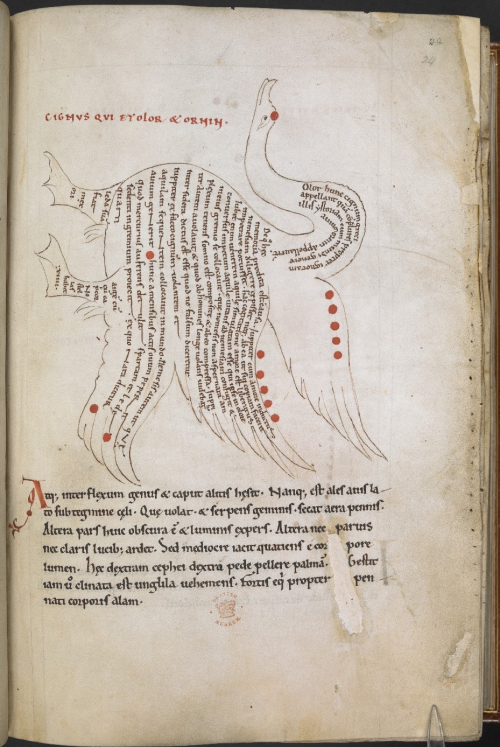 The constellation of Cygnus the Swan from a 12th-century copy of Cicero’s Aratea (England, Peterborough, around 1122), Cotton MS Tiberius C I, f. 24r

Manuscript copies of Cicero’s Aratea were produced up until the end of the 15th century when they were replaced by printed copies retaining the illustrative tradition of the earliest manuscripts on the printed pages. This longstanding history of the textual and illustrative tradition of the Aratea shows not only the success of Cicero’s poetical skills in translating Aratus but also the wide-reaching influence of ancient literature and scientific thought on the evolution of science through the manuscripts and their illustrations. You can read more about medieval astronomical manuscripts in our article Medieval science and mathematics on the Polonsky Foundation Medieval England and France, 700–1200 website.