We are delighted to announce a major new project relating to Medieval and Renaissance Women. Thanks to generous funding from Joanna and Graham Barker, over the coming year the British Library will be digitising some of our manuscripts, rolls and charters connected with women from Britain and across Europe, which were made in the period between 1100 and 1600. At the same time we will enhance the catalogue records and we will engage with researchers working in this field and with the wider public. We are very excited by the prospect of bringing these works to broader attention, by making new discoveries, and by supporting research on a variety of topics. 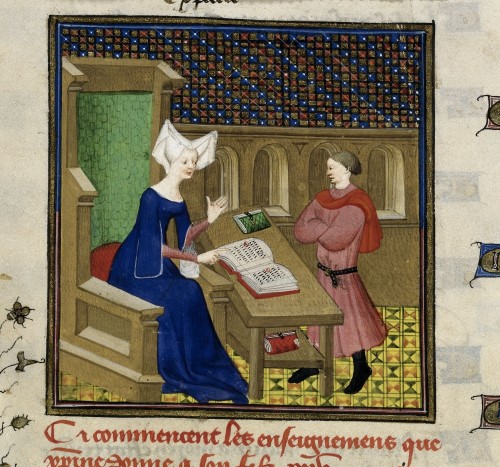 Christine de Pizan giving instructions, in her Enseignemens que Cristine donne à son Filz, part of her collected works known as The Book of the Queen: Harley MS 4431, f. 261v (this manuscript has already been digitised)

We would like your assistance. Some of our most famous manuscripts relating to European women have already been digitised. They include the Book of Margery Kempe (Add MS 61823), the Revelations of Divine Love by Julian of Norwich (Stowe MS 42), and Christine de Pizan's The Book of the Queen (Harley MS 4431). As we make our final selection of other manuscripts, rolls and charters that most deserve to be digitised, we invite you to send us your own recommendations. They could relate directly to your own research, support an existing project, or be an item that you would love to explore in greater detail online. An illustration of foetal presentations, in a 15th-century collection of medical treatises in Middle English: Sloane MS 2463, f. 271r

To take part, please add a comment at the foot of this blogpost or tweet them to @BLMedieval. We look forward to receiving your suggestions. We will consider them against a range of factors, such as the condition of the manuscript and its suitability for digitisation, its direct relevance to the British Library's project, and our aim of balancing coverage across a range of topics and the period as a whole. We will also keep a list of all suggestions that we are not able to include this time for consideration in the future. 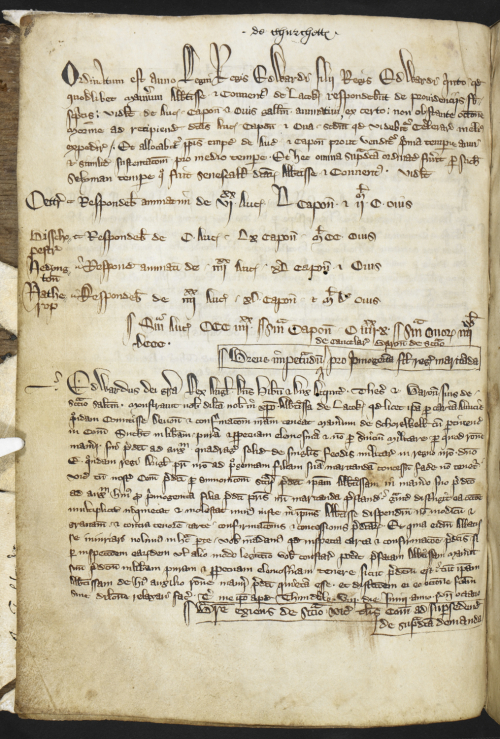 A page from the cartulary of Lacock Abbey, a nunnery in Wiltshire: Add MS 88973, f. 2v (this manuscript has already been digitised)

Interested in helping? We need your suggestions by 18 March. Remember, we are looking for undigitised manuscripts, charters and rolls that have a strong connection with women from medieval and Renaissance Europe, and which were made between the years 1100 and 1600. Please check first our most recent list of manuscripts that are already available in full online, in our blogpost Our digitised collection keeps on growing. The list can be downloaded in two different formats, either as a PDF or as an Excel spreadsheet. We invite you especially to put forward items that may be lesser known, including administrative documents, wills and other types of rolls and charters. They can be in any European language, and to have been made in Britain or in continental Europe.

Here are some ideas as to the kinds of items that fall within the scope of our project: 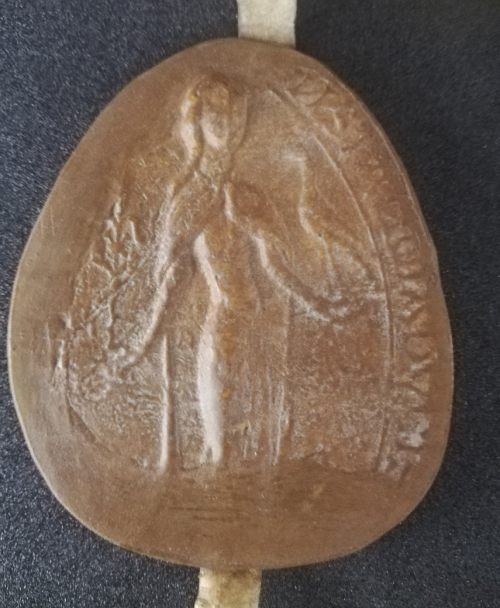 The seal of Constance, duchess of Brittany and countess of Richmond (1190s): Cotton Ch XI 45

We would welcome your suggestions by 18 March. As the project progresses, we will provide regular updates on this blog, including news about which manuscripts, rolls and charters will be digitised, and information about how we intend to engage with researchers and the general public. Once again, the British Library would like to thank Joanna and Graham Barker for their generous support for Medieval and Renaissance Women.

I would love to see some manuscripts belonging to or associated with nuns getting digitised, particularly those containing music or information relevant to music making. This is associated with my research on nun's music to prepare for performances. Arundel 146, Cotton App. xiv, Harley 487, MS Add 27866.

Some illustrated medical and health manuscripts -- many of which depict women providing or receiving care: Sloane 6, Sloane 2401, and yes, Sloane 2463 too! I'm sure there are other mss in this category as well...

I would like to see two economic manuscripts from the convent of the penitents of St. Mary Magdalen in Cologne getting digitised: Add MS 21177 and Add MS 21072.

Here are my suggestions (all MS. Add.)

11430 – the most important London MS. for the tradition of German religious women texts (saec. XVIII), only konwn copy of the letters of Heinrich von Nördlingen

Album Amicorum Anna van Botnia would be great to see digitized. A Dutch/Flemish woman in the UK, showing her network early 17th century. Most entries around 1613, Add. Ms. 17.974

I have dozens of Harley and Add. Charters in my notes for my research that would be useful to be digitized.

I'd love to see Cotton Caligula A.ii digitised. Not much is known about it's original use but it was most likely a household manuscript used in a domestic context - there are marginal additions in messy handwriting that suggest it was used by children. There has been a strong body of scholarship on the use of these manuscripts by women to support various tasks around the household, but particularly in the education of children.

I would highly recommend Liber Isotteaus by Basinio de' Basinio da Parma. It is an epic poem written in Latin under the patronage of Sigismondo Pandolfo Malatesta, Lord of Rimini, in order to celebrate his highly influential mistress Isotta degli' Atti.

It would be great to see the following manuscripts digitised as part of the new project relating to Medieval and Renaissance Women:

Add. MS 70513: a late-thirteenth/early-fourteenth century collection of metrical saints' lives in French which contains texts authored by women, including the only extant copy of the Life of St Ethelreda (Audrey) of Ely written c.1200 by a female author called Marie. This manuscript was also later owned and used by a female religious community of canonesses at Campsey in Suffolk.

Add MS 14967: believed to contain the earliest surviving copies of poems by the fifteenth-century Welsh poet, Gwerful Mechain (attributed in this manuscript to Dafydd ap Gwilym).

Cotton MS Vitellius E VII, foll.13-70: a fourteenth-century copy of Aelred of Rivelaux's De Institutione Inclusarum, a guide to life as a female recluse written in the twelfth century at the request of his sister (damaged in the Ashburnham House fire, so may not be suitable for digitisation)