‘The Doubt of Future Foes’

Queen Elizabeth I composed her most famous poem, ‘The doubt [fear] of future foes’, during the winter of 1569–70, in the immediate aftermath of the Northern Rebellion against her. In it she expressed defiance towards Mary, Queen of Scots, and the English catholics who supported Mary’s claim to the throne. Mary was ‘the doughter of debate’ and ‘forren banyshed wyght [contemptuous woman]’, sowing ‘dyscorde’ amongst Elizabeth’s subjects. 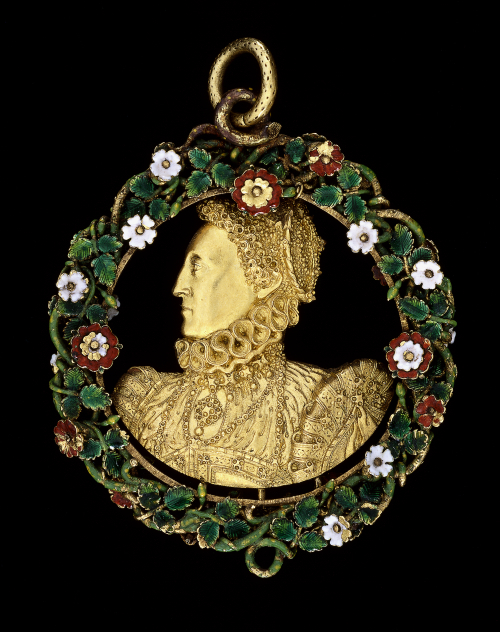 A gold pendant known as ‘The Phoenix Jewel’, c. 1570–80, British Museum, Sl.Misc.1778, on loan to the British Library’s major exhibition Elizabeth and Mary: Royal Cousins, Rival Queens. The obverse shows a bust of Elizabeth I in silhouette, the reverse the device of a phoenix in flames under Elizabeth’s monogram and crown.

Written in long-line couplets, employing metaphors of sedition growing like rank weeds in a garden, only to be swept away by changing political weather, the poem apparently reflected Elizabeth’s private thoughts. At first it circulated in manuscript among her courtiers, almost certainly with the queen’s consent, but it was quickly more widely disseminated as demand for copies grew. Whatever Elizabeth’s original intention, the poem’s message was very public. In it she warned that she would ‘brouke [permit] no sedicions’. ‘Let [her enemies] ell[e]swheare Resort/ My Rustye sworde throughe Reste/ Shall fyrst his edge imploye/ To pole [chop off] theyr topp[e]s that seke suche chaunge/ Or gapes for future Ioye [Joy]’. 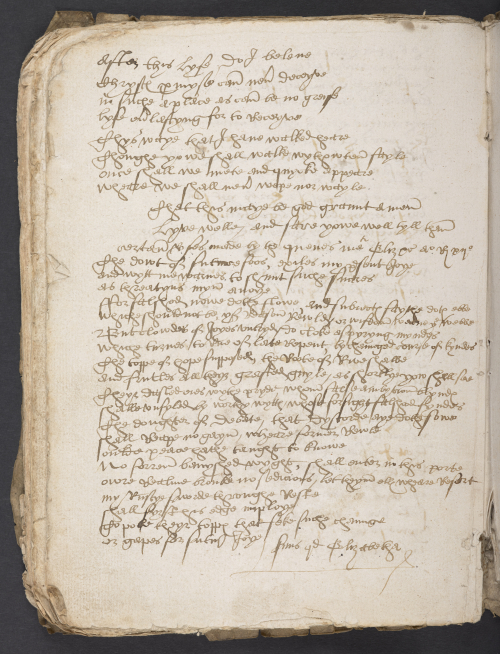 In October 1569, Thomas Howard, 4th duke of Norfolk, was sent to the Tower of London for plotting to marry Mary, who had been a prisoner in England since fleeing her kingdom the previous year. Norfolk had made common cause with the disgruntled northern peers, Thomas Percy, 7th earl of Northumberland, and Charles Neville, 6th earl of Westmorland, who both felt marginalised by Elizabeth’s protestant government. While on his way to the Tower, Norfolk sent Northumberland and Westmorland a message, urging them not to rebel, ‘for if they did, it shuld cost hym his heade’ (The National Archives, SP 12/81/57, M. f. 140r). Fearing their own arrests for conspiring against the crown, they ignored Norfolk’s plea and early in November raised the standard of rebellion at Brancepeth in County Durham. 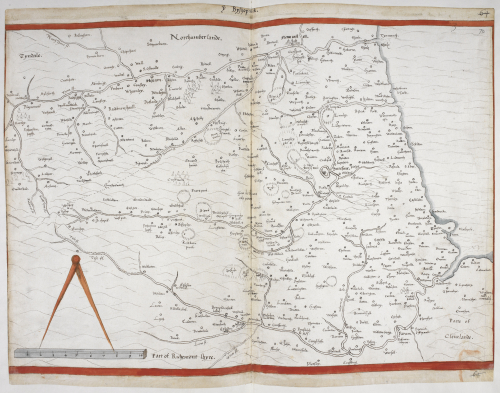 On 14 November 1569, Northumberland and Westmorland set up the mass again at Durham Cathedral, and then elsewhere in the North. The rebel aims were to depose Elizabeth in favour of Mary and to restore catholicism throughout the realm. Although quickly crushed, the government regarded the Northern Rebellion as a considerable threat and 600 rebels were executed as a warning to the catholic North. Northumberland and Westmorland fled to Scotland, where Northumberland was captured on Christmas Eve. In June 1572, in return for £2,000, he was delivered by the Scots into English hands. His fate seemed uncertain at first, but he was beheaded for treason at York on 22 August. Westmorland was more fortunate and escaped overseas, where he remained fugitive for the rest of his life. Having been reprieved for his part in the Northern Rebellion, Norfolk was beheaded on 2 June 1572 for further plotting against Elizabeth.

A decade or more after Elizabeth composed ‘The doubt of future foes’, the Yorkshire yeoman farmer John Hanson copied it into his household book (now Add MS 82370), perhaps in the wake of Mary’s execution and the Spanish Armada. By then the poem had taken on a more direct meaning, as the queen had acted on her threat to ‘pole theyr topp[e]s’. Hanson’s copy includes a significant number of errors, a reflection of just how far the poem had circulated since its composition, having been copied and miscopied many times. Rediscovered in 2007, Hanson’s household book — a miscellany of writings for practical, everyday use — offers insights into the lives of some of Elizabeth’s humbler, provincial subjects, who nonetheless still showed a keen interest in the great affairs of state. As well as poetry and prose fiction, Hanson copied down tenurial records, calendars, and advice on hunting and fishing, including recipes for things like ‘stink bait’, to be used when angling.