The making of the tombs

As the British Library’s major exhibition, Elizabeth and Mary: Royal Cousins, Rival Queens, draws to a close, it seems appropriate to turn our attention to the final space in the exhibition, which is a symbolic recreation of the Henry VII Lady Chapel at Westminster Abbey, where both Elizabeth I and Mary, Queen of Scots, are buried. A series of hanging paper shapes evoke the chapel’s ornate pendant fan vault ceiling beneath which lie replicas of Elizabeth and Mary's tomb effigies. 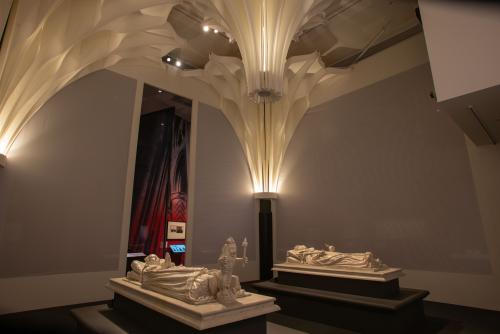 When Elizabeth I died on 24 March 1603, Mary’s son, James, was immediately proclaimed king of England, unifying the crowns of England, Scotland and Ireland as James VI and I. Although James I showed little enthusiasm for building a tomb to Elizabeth, he was persuaded to do so by his Principal Secretary, Robert Cecil, who oversaw its construction between 1605 and 1607. Elizabeth’s tomb effigy is thought to have been copied from the funeral effigy that was placed on the hearse that carried her to Westminster Abbey. Her face, copied from a death mask, was described as lifelike. 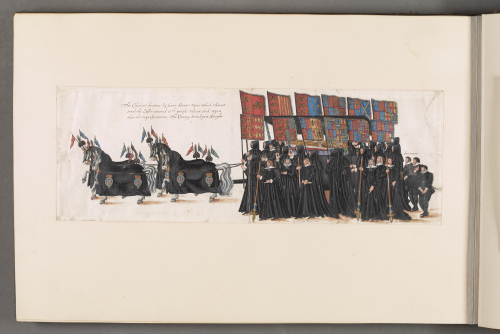 By contrast, James was determined to commemorate his mother Mary, whose final wish to be buried in France had been denied. In 1612, he had her remains removed from Peterborough Cathedral and reinterred at Westminster. Completed four years later, her tomb was more costly, larger and more magnificent than Elizabeth’s, containing details that emphasised Mary’s martyrdom.

We are immensely grateful to Her Majesty the Queen and the Dean of Westminster Abbey for granting permission for replicas of Elizabeth and Mary’s effigies to be made especially for display in the exhibition. They were created by model maker Michael Whiteley, who started the process by visiting Westminster Abbey to take laser measurements and photographs of the originals. The figures were then both sculpted in clay with all the filigree work on the clothing and the cushions being reproduced exactly as it appears on the original tomb effigies. The next stage involved casting the clay sculpts using silicone rubber with a Glass Reinforced Plastic (GRP) jacket to reproduce every fine detail. This material is also used for many Disney projects and has the highest fire rating available. Once complete, the surface layer of resin gel coat was mixed with marble powder to recreate the finish of the originals, while bronze powder was added to the resin gel coating for the cross on Elizabeth’s orb and her sceptre. Finally, the figures were cleaned and suitably aged before being installed in the exhibition. 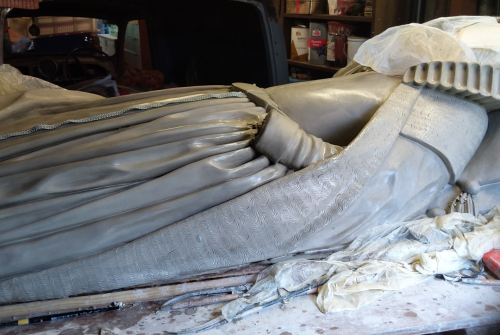 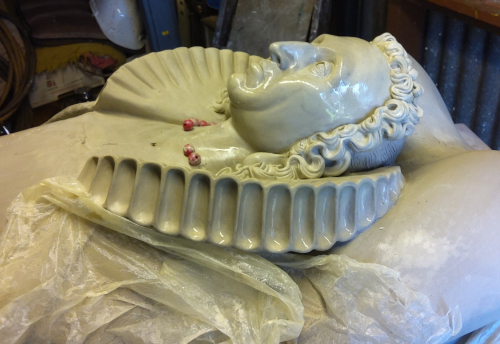 The final space in our exhibition is one of peaceful sanctity, much lighter than the rest of the gallery and filled with 16th-century choral music. A semi-transparent wall allows visitors to see the shadows of the surrounding architecture and hints of the turbulent journey they have just been on. The space invites them to linger and reflect, and it serves as a fitting reminder that, although Elizabeth and Mary never met in person, in death they finally rest in close proximity, two of the most famous figures in British history. 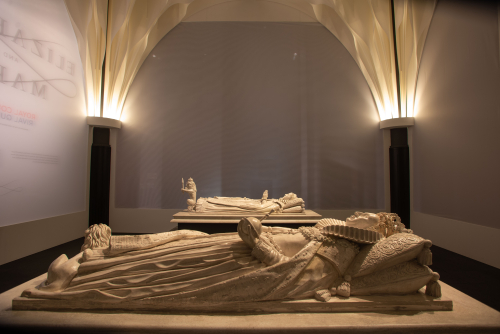 Image showing the replicas of Elizabeth I and Mary’s Queen of Scots’ tomb effigies in Elizabeth and Mary: Royal Cousins, Rival Queens