Medieval and Renaissance Women — thank you

We recently put out a request for readers to suggest manuscripts for our Medieval and Renaissance Women digitisation project. The call is now closed, but we wanted to say a HUGE 'thank you' to everyone who contributed. We have been thrilled by the response. We received over 60 nominations for manuscripts that have some connection with the lives of women in Britain and Europe between 1100 and 1600. And we were extremely gratified by all your kind comments about our project, either added to the blogpost or sent via Twitter or email. One manuscript nominated for Medieval and Renaissance Women is this copy of the Rule of the Minorite Order of Sisters of St Clare, illuminated by Sibylla von Bondorff (Swabia, c. 1480): Add MS 15686, f. 32r

We are currently collating these suggestions, and assessing them against our criteria for selection (such as the condition of each manuscript and its suitability for digitisation). We are keeping a list of all the nominations, so that even if they are not selected this time round, we will bear them in mind for future projects, if funding allows. It was great, in any case, to see such a wide variety of manuscripts put forward, in so many different languages, from across the whole period, and relating to so many different subjects, from women's education to domestic and economic life to female health. We are delighted to have so many different ideas to choose from. 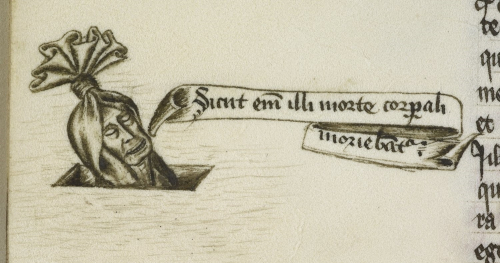 Another nomination is a manuscript of the Revelations of Bridget of Sweden, which has several marginal illustrations (England, 15th century): Harley MS 612, f. 78v

The British Library would once again like to thank Joanna and Graham Barker for their generous support for Medieval and Renaissance Women. We will be updating you on this Blog over the coming months about the progress of the project.