Sending greetings to friends and family from places we visit has always been popular. Whether we text, call or just post something on social media, we love to let others know about where we travel and what we see there. Although we may associate tourism with modern or postmodern society, there are some fascinating documents surviving to prove that people were also interested in travel and sightseeing thousands of years ago. 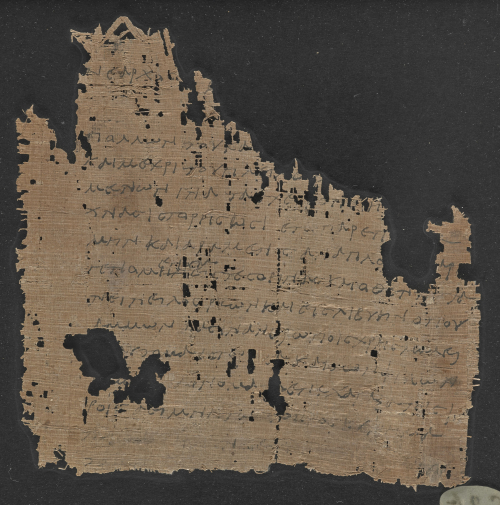 The British Library has a fragment of a Greek letter that is the ancient equivalent of a postcard from a sightseeing trip, written on papyrus in the 1st or 2nd century AD in Middle Egypt. A man called Nearchus is writing to his friend Heliodorus to tell him about his trip on the River Nile. After the short greeting, Nearchus tells his friend why he started to travel:

‘As many people embark on ships today to travel and see the excellent works of human hands, I have also decided to follow their example and sailed downstream on the Nile towards Syene'.

The Island of Philae near Syene Aswan, after its relocation on the nearby island of Agilkia before the construction of the Aswan Dam in 1960 (Zakaria Rabea / Wikimedia Commons / CC-BY-SA-4.0)

From what Nearchus tells us, it seems like there was an extensive market for tourism to Upper Egypt. His first destination, Syene, is a town by the Nile near today’s Aswan. It is a picturesque place with an island in the river that has the great temple of Isis, famous for its architecture and miracles, which Nearchus probably visited. 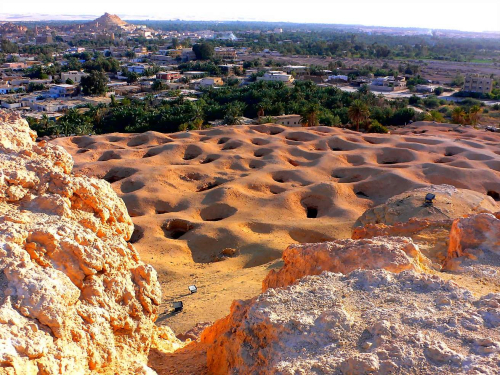 His next stop, the Siwa Oasis, is quite a distance away: it is in the Western Desert near the Libyan border. Siwa had a famous sanctuary where the ram-headed god Amon gave oracles to his visitors, which Nearchus was keen to visit:

‘I went to Libya where Amon chants his oracles to everyone. I have received very promising words and I scratched the names of all my friends on the wall of the sanctuary for eternal memory…’

Just like Alexander the Great, who visited the same site some 500 years earlier and was proclaimed the son of Amon by the oracle there, Nearchus also received good news from the god. He also tells us that he scratched his friends’ names on the temple wall. Although this may sound very alarming today, putting names on the temple wall was considered pious at that time. It was to ensure that the absent friends would be present at the holy place forever – exactly as Nearchus assures his friend. 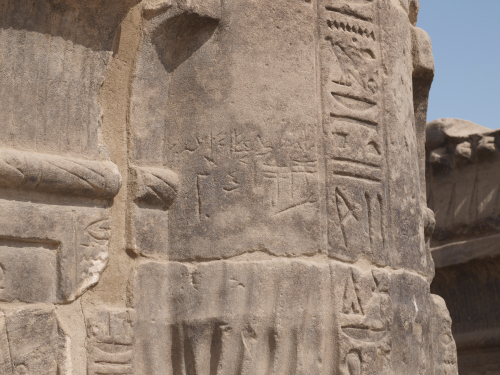 Graffiti on the wall of the Temple of Isis on Philae, an island in Lake Nasser, Egypt (Irene Soto / Wikimedia Commons / CC-BY-2.0)

Unfortunately, the last two lines of Nearchus’s postcard have been washed off the papyrus and are missing, so his story remains unfinished. But there is still hope his graffiti of his friends’ names may survive somewhere in the ruins of Amon’s Temple in Siwa. You can read more fascinating stories from our ancient papyri on our Greek Manuscripts webspace.