The Law Code of Alfonso X

Alfonso X, King of Castile, Leon and Galicia from 1252 and 1284, was so renowned for his interest in books and scholarship that he was nicknamed ‘El Sabio’ (the Wise or Learned). He promoted and consolidated Spanish language in the kingdom, having astronomical, medical and scientific documents translated into the vernacular. 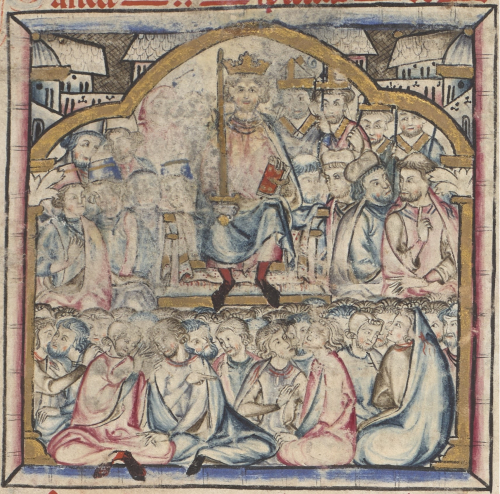 When he came to the throne in 1252 Alfonso found that much of the legislation in his newly-unified kingdom was from varied traditions, making it contradictory and sometimes unjust. He set to work to codify it in three major legal works. Alfonso’s Law Codes, laying out traditional laws and rights, pertaining to both the Church and State, had a profound influence on Spanish literature and culture from the earliest surviving Spanish chivalric tale, El Cavallero Cifar (c. 1300), to numerous plays of the Golden Age (16th-17th centuries). 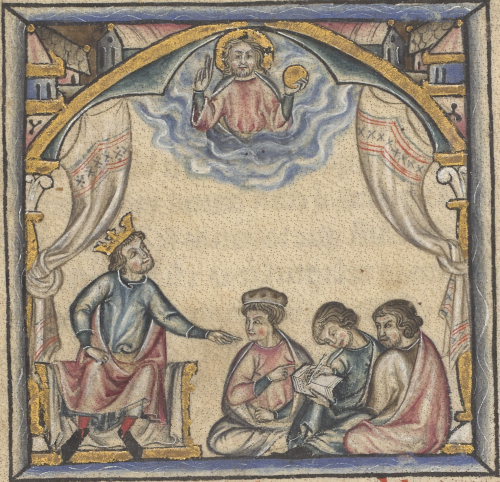 The king also promoted the study of law at the University of Salamanca, granting two new prestigious positions for professors of law, who were to be given the title Cavallero and Señor de Leyes, along with special privileges including being allowed to enter the presence of emperors, kings and princes at any time. One section of the law code was devoted to the educational ethos and curriculum of universities. 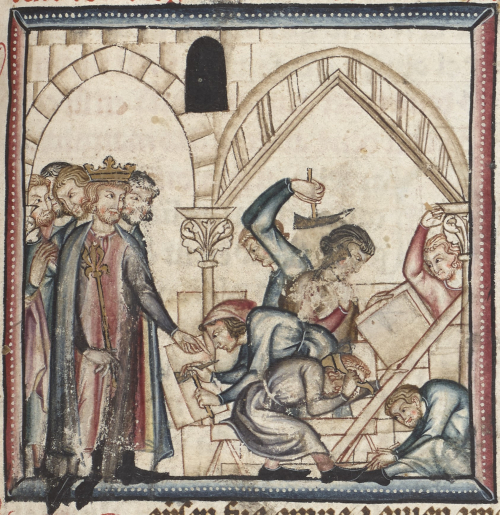 The king instructs workmen who are building a church, from the Law Codes of Alfonso X: Add MS 20787, f. 75r

During Alfonso’s reign a workshop under his patronage produced a number of highly illuminated manuscripts, the most famous being the Cantigas de Santa Maria which contain 400 songs about the miracles of the Virgin Mary in Galician-Portuguese with musical annotation. Four copies survive, now located in libraries in Spain and Italy. In the same workshop a manuscript of the Primera Partida, the first book of Alfonso's most famous law codes known as the Siete Partidas, was produced. It is the earliest known copy, dated to second half of the 13th century, and is now in the British Library (Add MS 20787). 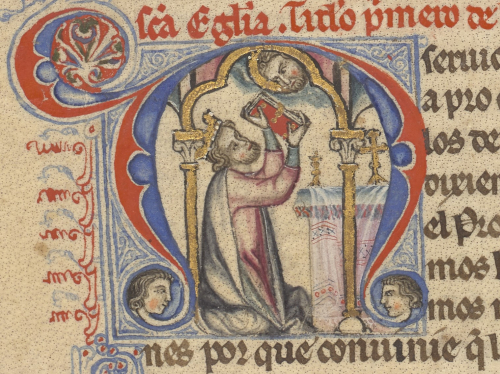 Each of the seven books of the code begins with a letter in the name ‘ALFONSO’, so the Primera Partida begins ‘A servicio de Dios’ (In the service of God). It deals with the relationship between the lawmaker and God. And in this manuscript there are miniatures or pictorial initials at the beginning of each section, depicting the functions of the contemporary church and the clergy in Alfonso’s kingdom. 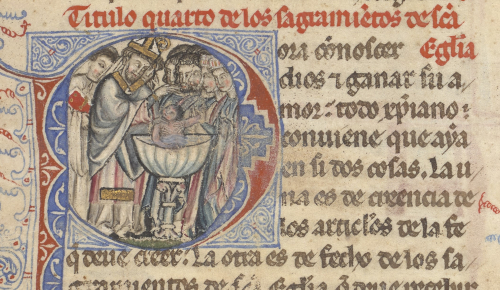 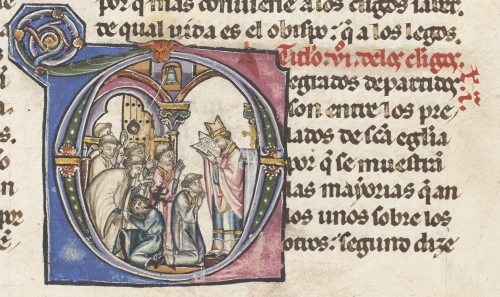 You can admire all the pages of the British Library's copy of the Law Code of Alfonso X on our Digitised Manuscripts site, and read more about medieval legal manuscripts in our article on the The Polonsky Foundation England and France Project website.