Golden scenes from the Life of Christ

Eight leaves with narrative scenes from the Life of Christ on gold grounds feature in our Gold exhibition. They are now separated from any text, but it is very likely that originally they formed part of a prefatory cycle of images appearing before the book of Psalms. Because they have been de-contextualised, the leaves’ origin is uncertain and has been much debated. Suggestions range from centres in Denmark, Germany, northern France and Flanders, around 1200. The figures are rendered in bold primary colours, with thick black lines creating their features and outlining their clothing, made more vivid by the contrasting incised gold surface on which they are placed. 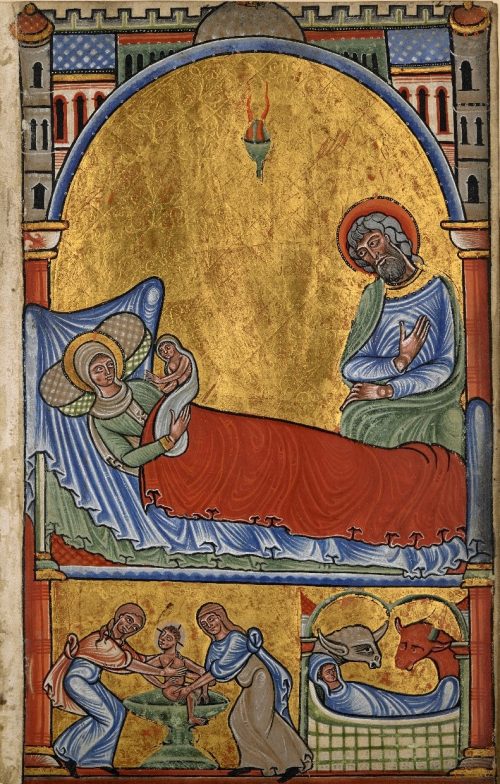 All of the figures appear on burnished gold grounds, which have been incised with different patterns, including diamonds and swirling foliage. Hints of how the paintings were made are apparent in the glimpses of the reddish gesso, the base on which the gold leaf was laid, in the Annunciation to the Shepherds image. The gesso has been exposed in places due to damage of the gold. This aspect of their production is explored in more detail in the Library’s Gold exhibition, where these two leaves are featured in a section focused on technique. 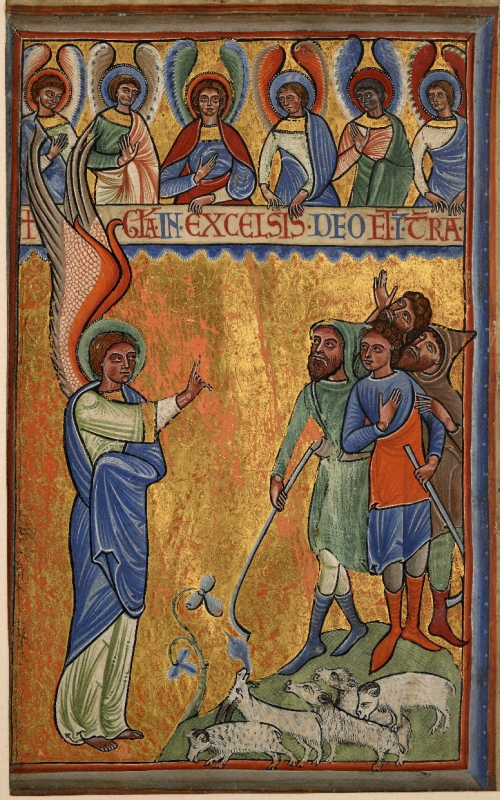 The Annunciation to the Shepherds: Cotton MS Caligula A VII/1, f. 6v

The leaves are now kept separately, but until the 1930s they were bound together with a rare copy of the Heliand, a 9th-century poem in which the Four Gospels are combined into a single narrative account in Old Saxon (Cotton MS Caligula A vii). They were probably bound together by Robert Cotton (b. 1571, d. 1631), whose vast collection of manuscripts was one of the foundation collections of the British Library. 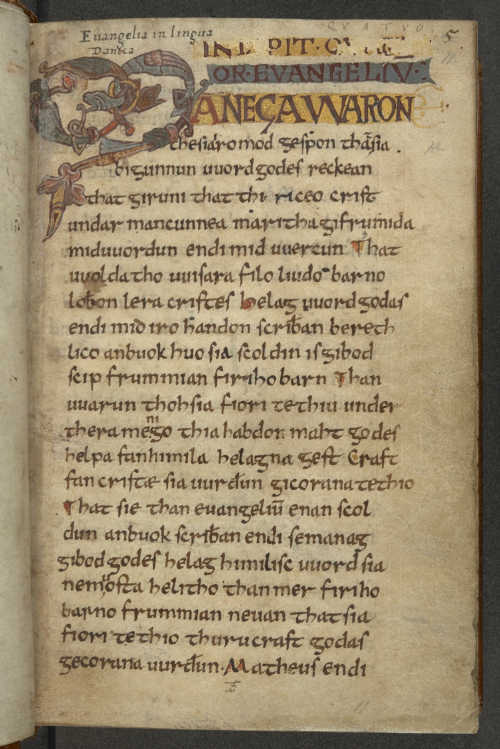 Beginning of the poem Heliand, an account of the life of Jesus in Old Saxon epic verse: Cotton MS Caligula A VII, f. 11r

The Library’s Gold exhibition is a feast for the eyes, with 50 manuscripts and books from many different cultures, languages and time periods, all illuminated or bound in gold. It runs from Friday 20 May - Sunday 2 October 2022, and you can book tickets online now. An accompanying book Gold: Spectacular Manuscripts from Around the World is available from the British Library shop.