Breaking the news of the fall of Richard II

The oldest item in the British Library’s current Breaking the News exhibition (open until 21 August 2022) is an account of the Battle of Flodden in 1513. This small pamphlet is the earliest surviving example of printed news in Britain, but of course written records of contemporary events and experiences survive from ancient times, and from many parts of the world. 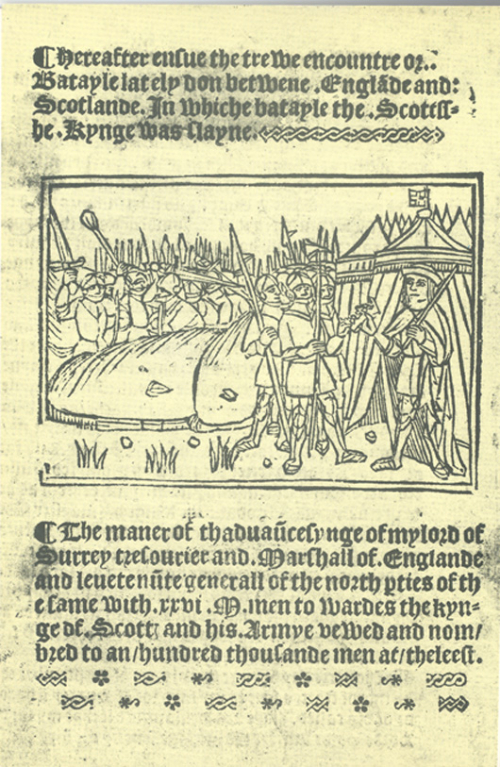 A key focus of the current exhibition is the biases revealed in the way news is reported. Though they may not have been as immediate, or intended for circulation in the same way that news is today, medieval historical chronicles are evidence of the way events were seen and recorded by eyewitnesses at the time or shortly afterwards. The material that writers of chronicles chose to include or omit can tell us as much about their viewpoints and opinions as the contents themselves. An example of this is the story of capture of King Richard II of England (r. 1377 – 1399) in 1399, his mysterious death soon afterwards, and the usurpation of the throne by Henry Bolingbroke, who then became Henry IV of England (r. 1399 – 1413).

In the later Middle Ages, those in power in England and on the Continent were keen to own books about the history of their dynasties, and some of these include reports of near-contemporary events. The fall of Richard II is recorded and illustrated in a number of histories and chronicles produced shortly after the event. One of these is a work by Jean Creton in rhyming French, the La Prinse et mort du roy Richart (Book of the Capture and Death of King Richard II), devoted purely to the subject. 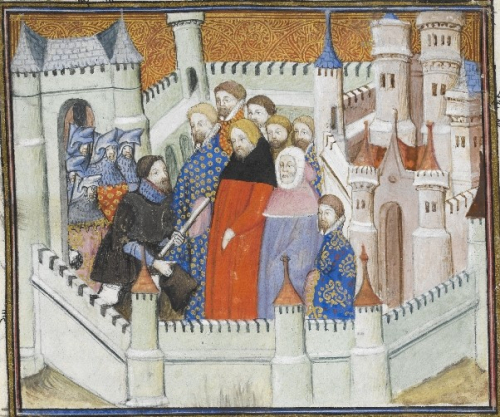 Jean Creton, a historian and poet who was sent in April 1399 by King Charles VI of France to accompany Richard II on a military expedition to Ireland, gave an eyewitness account of the capture of the king at Flint Castle in August 1399 and was commissioned by Philip the Bold, duke of Burgundy, to write this record. In his account, Jean condemns Henry’s treasonous acts, and those of his supporters, and calls for a response from the French, Flemish, Germans and Bretons.

Seven copies survive, of which only this one (Harley MS 1319), formerly owned by the Duc de Berry, brother of the French king, is illustrated. The dramatic miniatures provide an eyewitness perspective and guide the audience’s interpretation. For example, bright costumes are used to identify the key characters and their ranks. 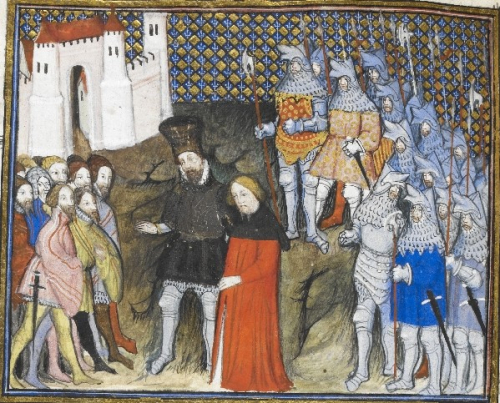 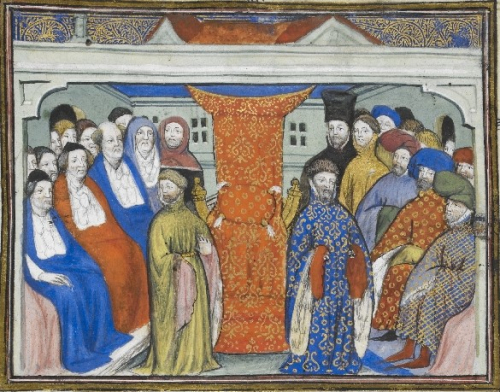 A comprehensive account of events surrounding the deposition of Richard II was also recorded by Jean Froissart (c.1337- c.1405), a courtier and historian who worked in England and the Low Countries. His Chroniques deal mainly with events in England, France and Burgundy during the Hundred Years War. Froissart, perhaps wary of alienating the new king, does not take sides by attributing the murder to Henry IV. 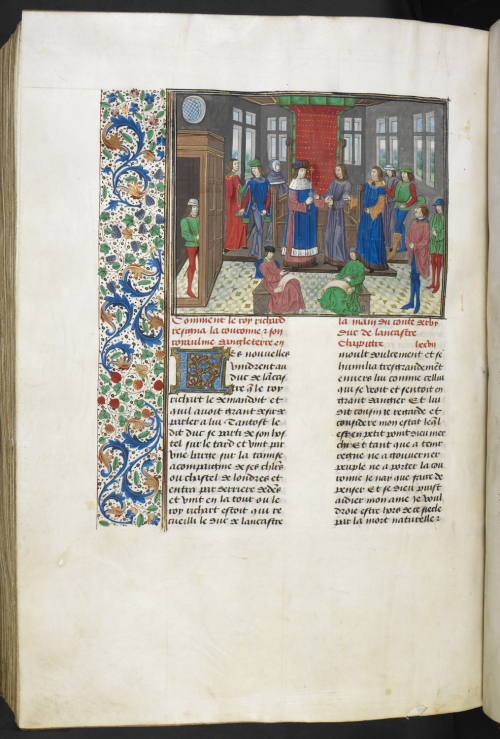 Froissart’s Chroniques end in 1400 and the last episode illustrated in this copy is Richard II’s funeral, though the text itself ends with a dispute in 1400 between the Pope, the king of France and the citizens of Liege, in which Froissart tells how the latter threatened to throw any further messengers sent by the Pope into the River Meuse! At this point, aged around 63, he ended his chronicle but it remained a popular historical work, with copies like this one being made in the late 15th century and beyond.

This copy of Froissart’s Chroniques (Royal MS 18 E ii) was made for King Edward IV (r. 1461 – 1470), who had also gained the throne of England after deposing the previous king, who died mysteriously thereafter. In this case the deposed king was Henry VI, grandson of Henry IV who had deposed Richard II. Perhaps Edward pondered on this striking parallel as he read his finely illuminated chronicle manuscript. 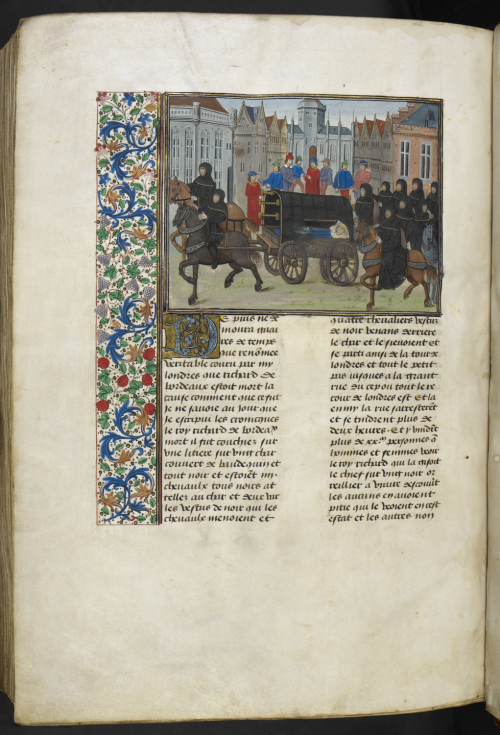 You can find out about news in modern and contemporary times in the British Library’s Breaking the News exhibition, which runs to Sunday 21 August. For more on French chronicles in British Library manuscripts, see our virtual exhibition on Writing and Picturing History, Historical Manuscripts from the Royal collection.