Purgatory weighed heavily on the minds of many medieval Christians. Each sin they committed in life meant they would spend longer in Purgatory before ascending to Heaven. For the famous poet Dante Alighieri (c. 1265–1321), Purgatory could involve great suffering, with the prideful crushed under stones and the envious having their eyes sewn up. 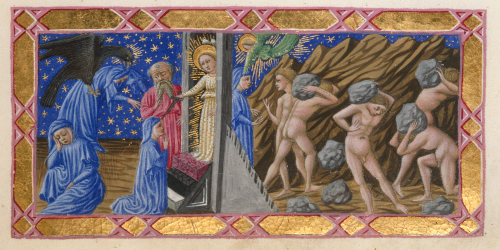 Dante and Virgil at the gates of Purgatory (left); Dante speaking with one of the Proud, who are punished in Purgatory by carrying heavy stones (right): Yates Thompson MS 36, f. 84r

A whole industry grew up around minimising one’s time in Purgatory. Monasteries and chantries prayed for the dead, in the hopes that this would speed their journey to Heaven. But another method was to get an indulgence. These could be earned through certain acts, like making a pilgrimage to a particular shrine, or simply buying one from various collectors appointed by the Church. In return, people believed that the indulgence gave certain spiritual benefits, such as absolution from part of a person’s sins, which meant a shorter time in Purgatory. The funds from the sale of indulgences sometimes went towards specific projects, like the construction of a cathedral, or to support particular monasteries, hospitals or religious orders.

One of the manuscripts digitised as part of the Library’s Medieval and Renaissance Women project is just such a document. Stowe Ch 607 is an indulgence issued in 1439 to two sisters, Margery and Anna Dicks, which allowed them to choose their own confessor who could offer a full remission of sins. Although hand-written, this indulgence was mass produced, with blank spaces left for the names of whoever bought it. The text states that their money would go towards the conversion of the Greeks (that is, from Greek Orthodox to Roman Catholic Christianity) and the defence of Christendom’s frontiers. 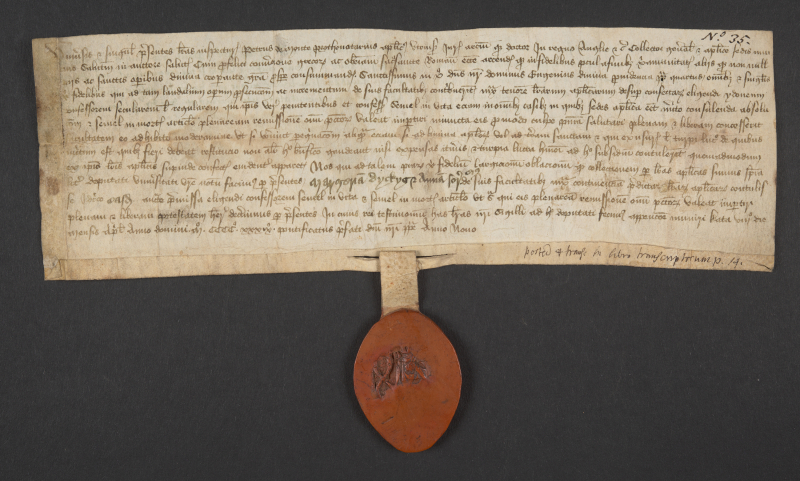 This particular indulgence was issued in the name of Pope Eugenius IV (r. 1431–1447) by Peter de Monte (c. 1400–1457), the controversial papal collector for England from 1435 to 1441. At the time of the Reformation, indulgence collectors were often accused of corruption by Protestants like Martin Luther, whose Ninety-Five Theses (1517) was written in response to the collector Johann Tetzel, but such men also came in for criticism in the 1400s. The Pardoner of Geoffrey Chaucer’s Canterbury Tales carried several fake relics, from a collection of pig bones to a pillowcase which he claimed was the Virgin Mary’s veil, selling them to gullible village priests. Dissidents like the Lollards and many church reformers also criticised indulgences and those who sold them. Thomas Gascoigne (1404–1458), who was chancellor of Oxford University in the 1440s, wrote that people could buy indulgences ‘for an offering of ale, and others for a loathsome act of sin; and others had baskets full of letters of indulgence to sell them throughout the country to whoever wanted to buy them.’ 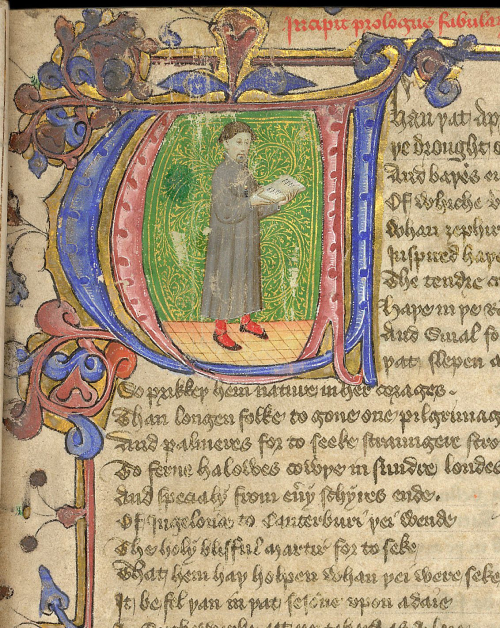 A portrait of Geoffrey Chaucer in a manuscript of The Canterbury Tales: Lansdowne MS 851, f. 2r

In 1444, Peter de Monte was to be investigated by the archbishop of Canterbury and two other churchmen, following rumours that he had received huge sums of money from these indulgences, but had sent only a small amount to the papal coffers. Later, Gascoigne named de Monte as one of the corrupt sellers of indulgences, calling him a ‘very arrogant Lombard’ (he was actually Venetian). Gascoigne alleged that some people had received indulgences from de Monte in return for ‘false carnal pleasure’, and he claimed that when de Monte lost a game of football, he would give the winner a sealed indulgence instead of money. 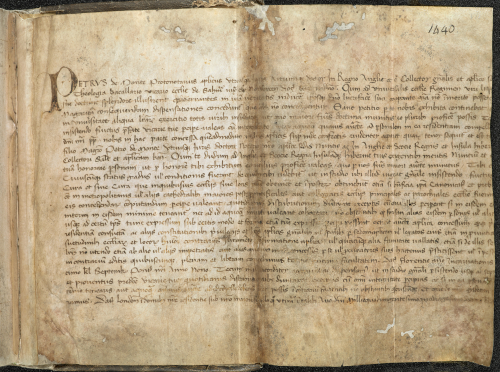 We know little about Margery and Anna, not even the amount they paid for their indulgence (which would have been based on their wealth and status). A partial indulgence, that remitted only certain sins, could easily cost a skilled tradesman a week's salary. The type purchased by Margery and Anna (known as a plenary indulgence) would have cost considerably more. We can only assume that they believed in its effectiveness of shortening the time they would spend in Purgatory. As this indulgence was issued in support of the Crusades, and in unifying the Latin and Greek churches, the sisters may have held an interest in supporting the defence and expansion of Latin Christendom, a cause that was widespread in late medieval England.

Although Peter de Monte was investigated by the papacy, he seems to have escaped punishment for his corrupt activities. He was nominated bishop of Brescia, in northern Italy, in 1442, taking up his post in 1445. He withdrew from secular politics following the death of Eugenius IV in 1447, focusing on his bishopric until he died in 1457.

The British Library's Medieval and Renaissance Women digitisation project is in full swing. We are publishing regular updates about the project's progress, and about the manuscripts, rolls and charters that we are digitising, and that will be shared online with you over the coming months. See this blogpost for our most recent report.