A pharaoh in disguise

Nectanebus II was the last pharaoh and native king of Egypt, who reigned from approximately 360 to 342 BC. His rule began relatively successfully, but he fled Egypt after he was defeated by the Persian ruler, Artaxerxes III. Little is known of his life thereafter, but rumours spread that Nectanebus had an affair with Olympias, queen of Macedonia, and that he fathered her illegitimate son. That boy grew up to become one of the most famous people in the ancient world: Alexander the Great. You can explore their story in our major exhibition, Alexander the Great: The Making of a Myth. 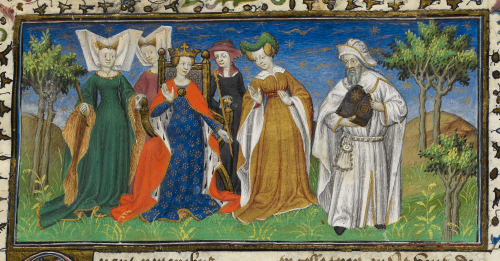 Stories about Alexander’s alleged Egyptian origins gained considerable popularity during Late Antiquity and the Middle Ages. They included legends about his life and conquests, such as the Greek Alexander Romance attributed to Pseudo-Callisthenes. This Greek romance became the main source for later medieval legends of the Macedonian conqueror, many of which began with extended prologues recounting Alexander’s conception via Olympias’s (not so) secret affair with Nectanebus, the exiled pharaoh. Some medieval texts embraced the rumours of Alexander’s Egyptian ancestry. Other authors were more sceptical and condemned them as slandering the Macedonian queen’s fidelity to her husband, King Philip II of Macedonia. Even in texts that claimed Philip to be Alexander's real father, Nectanebus still played a key role in Alexander’s early life as his childhood mentor, teaching him how to read the stars and prophesise the future.

In the prime of his reign as pharaoh, Nectanebus was a skilled practitioner of astrology and divination. According to the Greek Alexander Romance, he would regularly procure a bronze basin of rain or spring water and would use miniature ships to predict the outcomes of sea battles. He could also influence the fate of battles by moulding wax figures of men and bringing them to life, only to sabotage the miniature boats in his water basin, meaning that the real enemy ships would sink. 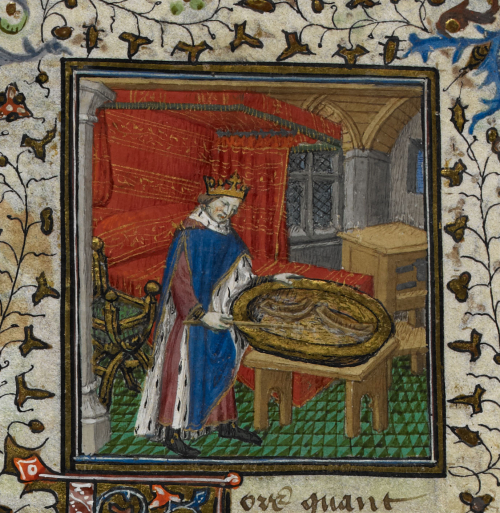 Nectanebus in his chamber, enchanting a basin of water: Royal MS 20 B XX, f. 4v

One day, to his misfortune, Nectanebus foresaw his own downfall with the invasion of Artaxerxes, and the pharaoh decided to flee, knowing that it was too late to change his fate. Nectanebus had his head shaved in disguise and he soon established himself as an Egyptian prophet in Macedonia. 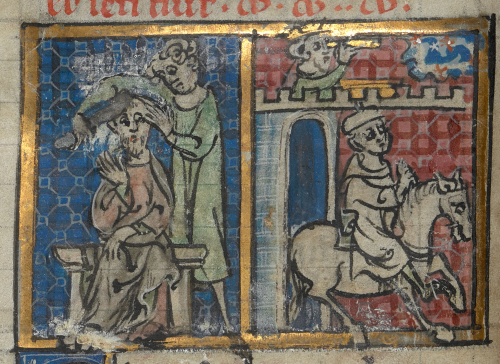 Word of his wondrous prophetic skills spread in Macedonia, until Nectanebus eventually caught the attention of the beautiful Queen Olympias. She approached the prophet for advice since she had been unable to conceive an heir by King Philip, and was worried that she would be deposed and that Philip would re-marry.

Nectanebus had also supposedly read Olympias’s future, predicting that she would conceive a son by the god Ammon, who would appear to her in a dream in the form of a serpent or dragon. But this was all part of the exiled pharaoh’s deceptive plan, since that night he disguised himself as Ammon. Manuscript illuminations usually depict the seduction scene with Nectanebus as a human, embracing Olympias in bed, while a dragon watches over them, representing his serpentine disguise.

Nectanebus addressing Olympias, and embracing each other in bed while a dragon watches over them, in the Talbot Shrewsbury Book (Rouen, 1444–1445): Royal MS 15 E VI, f. 6r

When Olympias became pregnant, she was accused of infidelity. The Legend reveals that Nectanebus salvaged her reputation by transforming into a dragon at a royal banquet, demonstrating to Philip and the slanderers that it really was the god Ammon who had visited Olympias’s bedchamber and fathered her child. When Alexander the Great was born, Nectanebus was supposed to become the child’s mentor, teaching him the astrological arts. But Nectanebus soon met his tragic end. The adolescent Alexander pushed him off a cliff, mocking the fact that Nectanebus could not foresee his own death, despite claiming to be a skilled prophet. 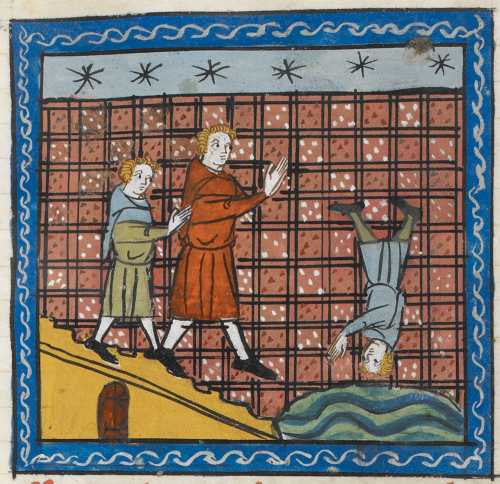 Alexander and an attendant watch while Nectanebus falls to his death: Royal MS 19 D I, f. 5v

The whereabouts of Nectanebus’s burial is unknown. In the medieval romance tradition, he was laid to rest when Alexander ordered a burial for him after finally discovering that his real father was the last pharaoh of Egypt.

Alexander the Great: The Making of a Myth runs at the British Library until 19 February 2023. Tickets can be bought in advance or in person, subject to availability.