The expenses of Queen Eleanor of Castile

This manuscript has recently been digitised as part of our Medieval and Renaissance Women project and it can now be viewed online. 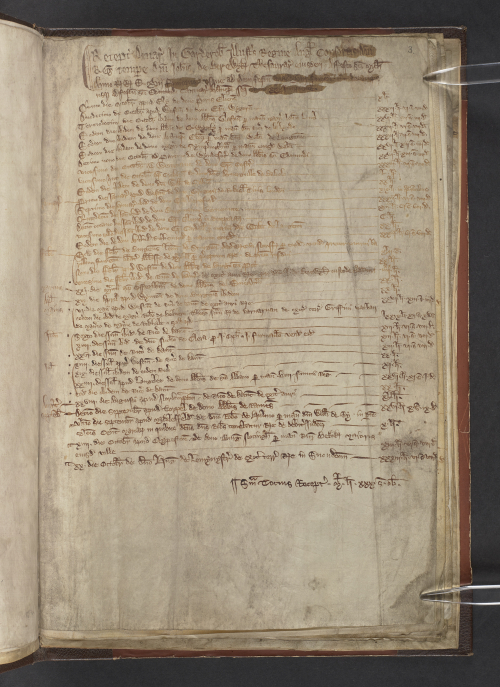 This account may seem humble in appearance, but it opens a window into the world of Eleanor’s court, her household, and her day-to-day life. The expenses listed range from the most mundane and everyday items, such as her food, payments to her messengers, and the maintenance of her horses, to the incredibly lavish and luxurious, including purchases of jewels, pearls and Venetian glasses. The payments are expressed in pounds, shillings and pence. Here is a typical entry, in this case recording the queen’s purchase of writing materials:

'Parchment. 16 February [1290], in the same place. For parchment bought for the letters and wardrobe books of the queen, 20 pence.'

Between 1289 and 1290, Eleanor bought ink and several rolls of parchment for her letters and wardrobe accounts, as well as red wax to seal her letters, and gold for illuminating her manuscripts. The queen even had an illuminator in her retinue, Godfrey ‘pictor’, who was responsible for decorating her books and is also mentioned in the accounts. All these purchases demonstrate that Queen Eleanor was an avid reader and writer, a woman interested in the patronage of illuminated manuscripts, and that she was in frequent contact with her networks through the exchange of letters.

A number of Eleanor’s letters have survived to the present day. They include another letter digitised and catalogued as part of our Medieval and Renaissance Women project, dating from 1280, in which Eleanor granted power to William de Verges, yeoman, to do fealty in her name to Guy, Count of Flanders, for the land that had fallen to her by hereditary right. 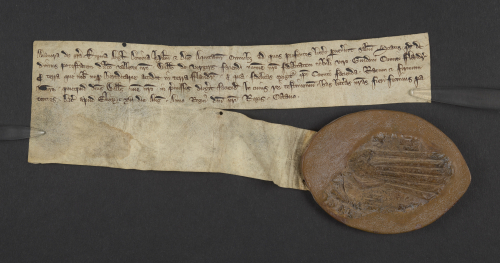 Letter of Eleanor of Castile with her seal, sent to Guy, Count of Flanders: Add Ch 8129

Eleanor’s wardrobe account also provides insight into her personal interests. Her treasurer recorded payments that relate to the queen’s homeland — the kingdom of Castile — and that show Eleanor’s longstanding connection to her native kingdom. For example, one entry indicates that the queen bought vestments and tunics of Spanish cloth (‘de panno Ispannie’), while another shows that Eleanor bought gum for the illumination of her manuscripts from the Iberian Peninsula (‘gumma alba de Ispannia’). The wardrobe account also records payments made to the queen’s own fowler (or bird hunter), as well as the purchase of birds (avibus, volucres). This shows the queen’s interest in hunting, which she continued to practise until the end of her life.

The final entries from Eleanor’s wardrobe account include several payments relating to the queen’s death on 28 November 1290, when she was 49 years old, as well as the arrangements made for her funeral between November and December 1290. Eleanor’s treasurer notably paid 7 pence to buy a bushel of barley, used as part of the procedure of embalming the queen’s body (‘pro uno bussello ardei empto ad ponendum in corpus Regine’). This was a common practice for English medieval monarchs. The wardrobe account even records Eleanor's death, with a small marginal note in Latin that reads ‘decessus regine’. 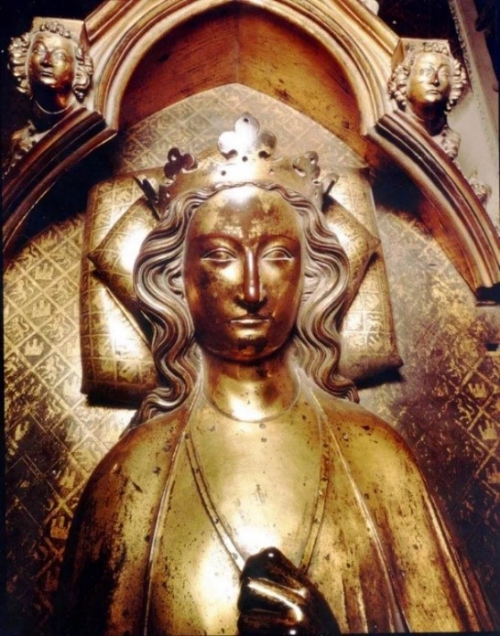 The queen’s effigy from her tomb: courtesy of Westminster Abbey

We are extremely grateful to Joanna and Graham Barker for their generous funding of Medieval and Renaissance Women. We will publish regular updates about the project on this Blog over the coming months.