Readers of this Blog may know about out ambitious project to digitise a selection of manuscripts, rolls and charters connected with Medieval and Renaissance Women. Here we reveal another ten volumes that are now available online, including important literary manuscripts, a guide for female recluses, obituary calendars, and a volume with its own embroidered bookbinding. 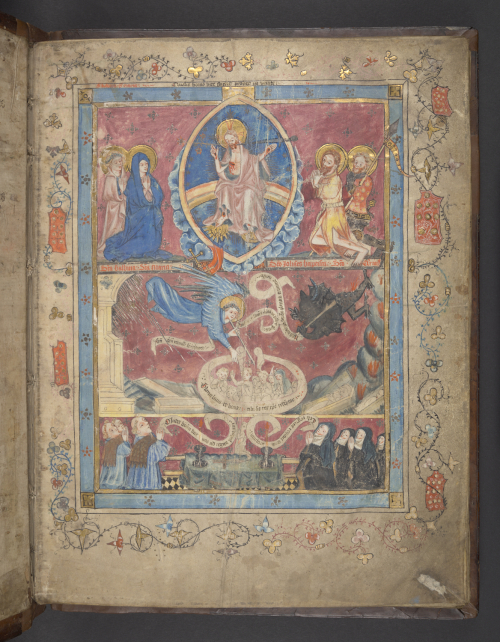 This selection notably includes two complete copies of the Long Text of The Revelations of Divine Love by the English mystic Julian of Norwich (d. after 1416). Julian's work is an account of her reflections on a sequence of visions of the Crucified Christ, experienced while lying on her sickbed with a near-fatal illness in 1373. It survives in both a short and long version and represents one of the earliest known works in English by a named woman. Very few copies of Julian’s work now remain, and the only complete copies of the Long Text date from after the end of the medieval period. This includes both of our manuscripts (Sloane MS 2499 and Sloane MS 3705), which were made by English recusant nuns living in France in the 17th and 18th centuries. 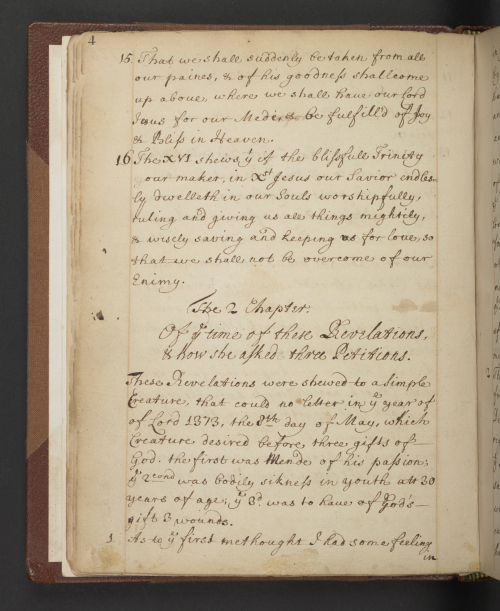 Julian of Norwich was an anchoress, one of a number of medieval women who for religious reasons withdrew from secular society. Another manuscript included in the project is a work known as the Ancrene Riwle, an anonymous monastic rule (or manual) written for anchoresses. This work was originally composed in Middle English in the early 13th century, apparently for three sisters who chose to enter the contemplative life, but the text was also copied and translated into many languages, including Anglo-Norman French. One of the earliest translations survives as Cotton MS Vitellius F VII, where it appears as part of a compendium of devotional works and prayers. An inscription at the back of the volume indicates that it was once owned by Eleanor Cobham (b. c. 1400, d. 1452), Duchess of Gloucester, who was infamously sentenced to life imprisonment after she was charged with necromancy. 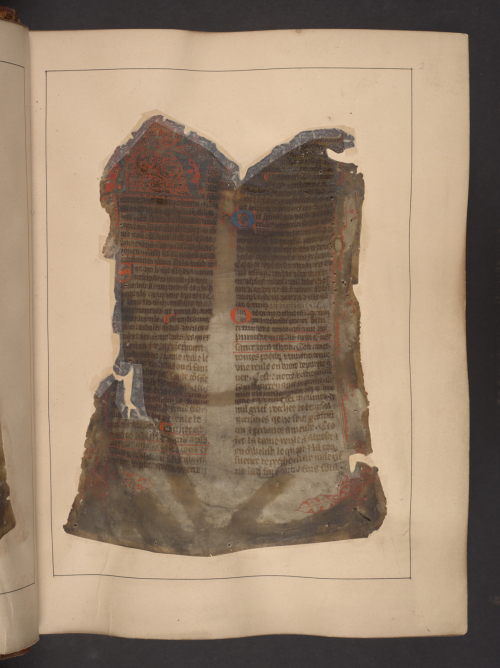 The opening of the Anglo-Norman version of Ancrene Wisse, damaged in the Ashburnham House fire of 1731: Cotton MS Vitellius F VII, f. 2r

Another significant manuscript now online is the Felbrigge Psalter (Sloane MS 2400). This 13th-century Psalter is named after one of its later owners, Anne Felbrigge, a nun from the Franciscan abbey of the Annunciation of St Mary, Bruisyard (Suffolk), who signed her name in the book and added the obits (death-days) of her mother and father in the Psalter’s calendar. Anne may also have been responsible for the manuscript’s beautiful embroidered binding (dated c. 1300–1330), handstitched in coloured silks and silver gilt thread, with panels depicting scenes of the Annunciation and Crucifixion on the upper and lower covers. This binding is one of the earliest embroidered examples known to survive. 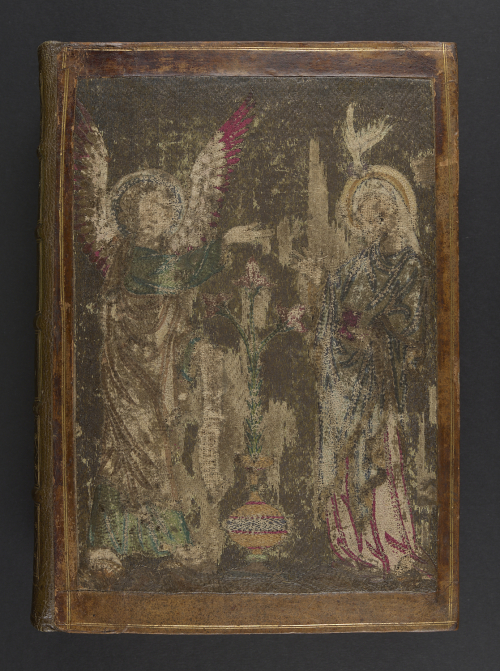 The upper cover of the ‘Felbrigge Psalter’, featuring an embroidered panel depicting the Annunciation: Sloane MS 2400

Many of the manuscripts in the project were made by female scribes. One is a copy of the Vitae Patrum et Verbis Seniorum (Lives and Sayings of the Fathers), an encyclopaedic work comprised of writings on the Desert Fathers and Desert Mothers of early Christianity. This manuscript (Add MS 22562) was written in 1449 by two scribes, Ava Trici and Gheeza Ysenoud, nuns of the convent of St Margaret at Gouda, who identify themselves in a closing note at the end of the text. In a delightful detail, the two sisters explain that they were given the parchment for the volume by a certain Nicolaus de Wyt, prior of the nearby Augustinian convent of St Michael in Schoonhaven. 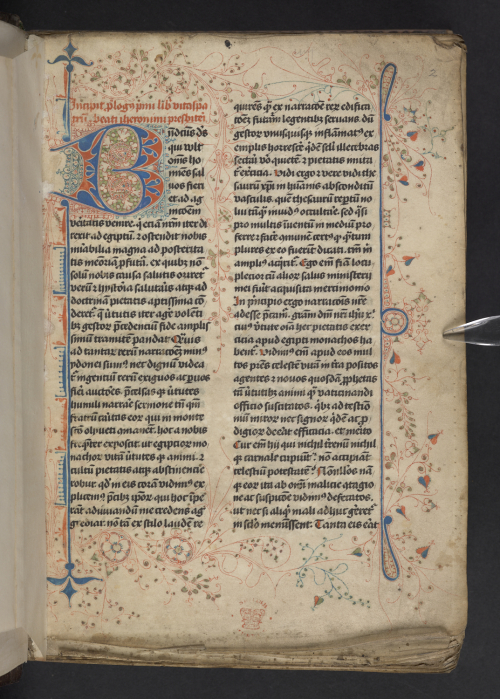 This volume was one of at least 70 housed at St Margaret’s by the end of the medieval period. Another manuscript digitised in our project is the convent’s chapter book (Harley MS 2939). The manuscript opens with a necrology, or obituary calendar, inscribed with the names of many of the community’s members, and to be consulted at the convent's daily chapter meetings. 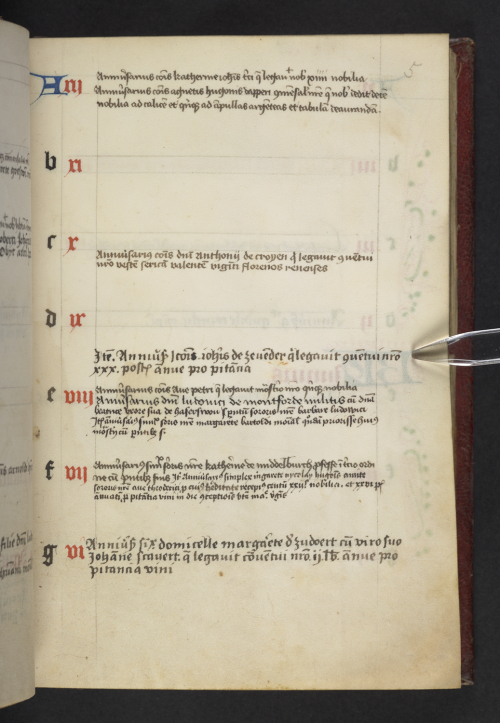 A page from the obituary calendar of the chapter book of St Margaret’s, Gouda: Harley MS 2939, f. 5r

At the beginning of the project, we invited our readers to suggest manuscripts they were keen to be digitised. Among the requests were for us to include items relating to the economic management of female religious houses. Two such items are a census and a list of rents and payments (Add MS 21072 and Add MS 21177) owed to St Mary Magdalene’s Abbey in Cologne, a house of sisters of the Penitential Order of Mary Magdalene. This Order was established as a refuge for former sex-workers, an act that caused outrage at the time. 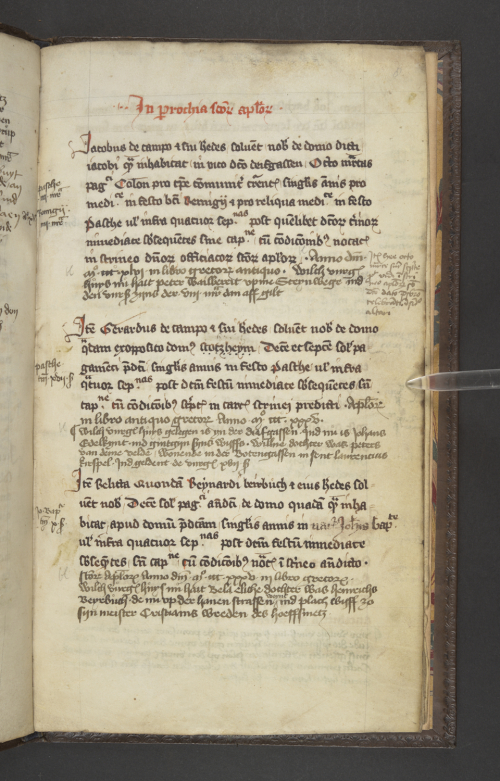 Here is a list of the most recent items to have gone online: 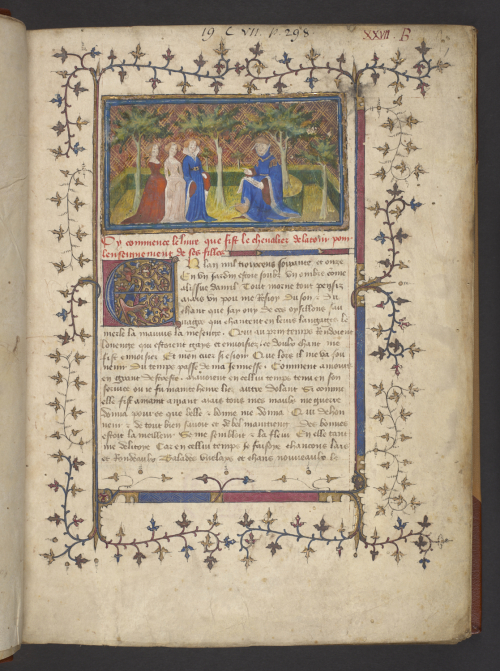 Stay tuned for more updates from our project as we continue to digitise more manuscripts. We are very grateful to Joanna and Graham Barker for supporting Medieval and Renaissance Women.