The emperor and the Sun King

As the creator of one of the first and largest multicultural empires of the ancient world, Alexander the Great inspired generations of later rulers to follow his example. Soon after his death in 324 BC, his successors used his legacy to legitimise their own rule. Some of them put Alexander’s portrait on their coins, others fashioned their own portraits to look like him, hoping to be regarded as his heirs and descendants. 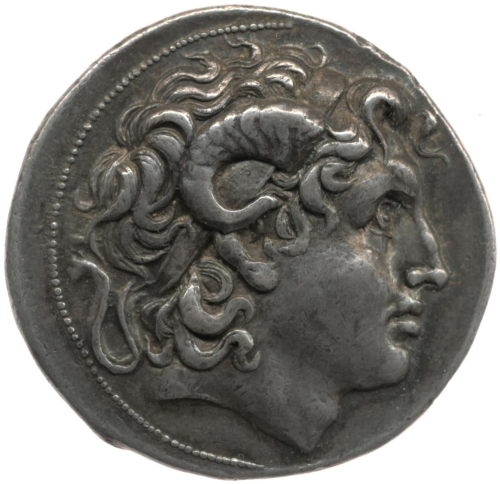 Alexander’s face with the horns of the god Ammon, on the tetradrachm of Lysimachus, Alexander’s successor as King of Thrace (305 BC–281 BC): British Museum, 1841,B.506.

As legends about Alexander and his conquests spread in the ancient Mediterranean, new leaders were inspired by his legacy. In 62 BC, when serving as the young governor of Spain (Hispania Ulterior), Julius Caesar read Alexander’s histories in his free time. According to his biographer Plutarch, Caesar burst into tears, lamenting that, 'while Alexander, at my age was king of so many people, I have achieved no brilliant success'. Later, Augustus, the first Roman Emperor, was so deeply indebted to Alexander’s legacy that he made a pilgrimage to his tomb in Alexandria. 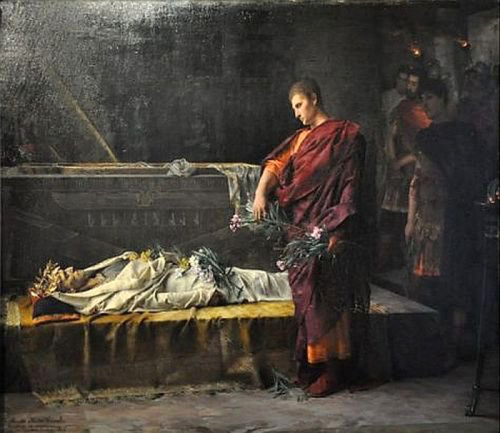 As the glory of Alexander gathered momentum in the Middle Ages, he was made one of the Nine Worthies, a group of half-mythical heroes associated with military success and just leadership. In the 16th century, as the more legendary aspects of Alexander’s legacy faded, he became regarded as a talented statesman and politician, being invoked in English royal propaganda as well as by the French monarchy.

In the 17th century, Louis XIV, one of the most powerful French monarchs (often called the 'Sun King'), loved to compare himself to Alexander the Great. At the peak of his rule in the 1660s, Louis's identification with Alexander strongly influenced his style of kingship. 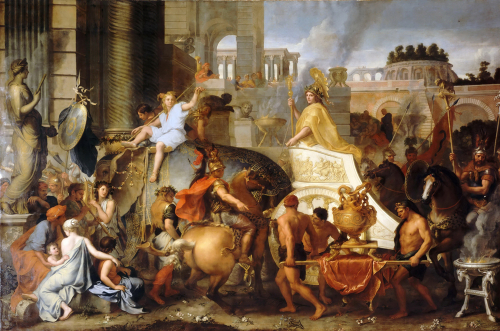 In 1661, Louis commissioned a series of enormous paintings from his court painter, Charles Le Brun (1619–1690). The five paintings executed by Le Brun were meant to be designs for Gobelin tapestries, to be woven in Paris and hung in the royal palace. Le Brun’s canvases represented Alexander’s greatest military successes: the defeat of Porus in India, the battle at Granicus and Arbela, and the clemency of Alexander to the family of Darius, the defeated Persian emperor. Le Brun emphatically identified Alexander with Louis: the ancient hero has the facial features of the French king in all of these paintings. 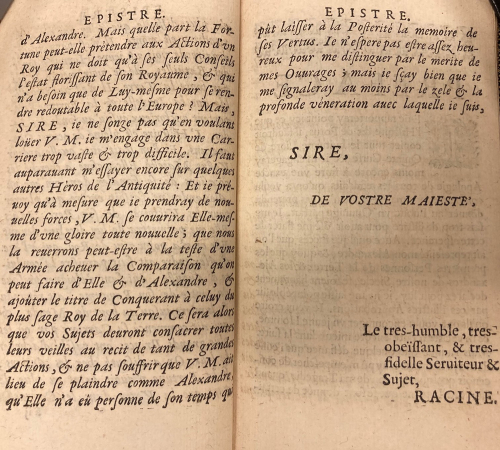 Louis’s aspiration to become the new Alexander went beyond the figurative art he commissioned. In his 1665 tragedy Alexandre le Grand, Jean Racine, Louis’s court playwright, addressed the king as a monarch 'whose fame spreads just as far as Alexander’s'. In addition to his political and military achievements, Louis was a talented dancer who often performed in courtly celebrations. In the grand ballet La Naissance de Venus, authored by Isaac Benserad (1613–1691) with music by Jean Baptiste Lully (1632–1687), Louis danced the role of Alexander on the stage. 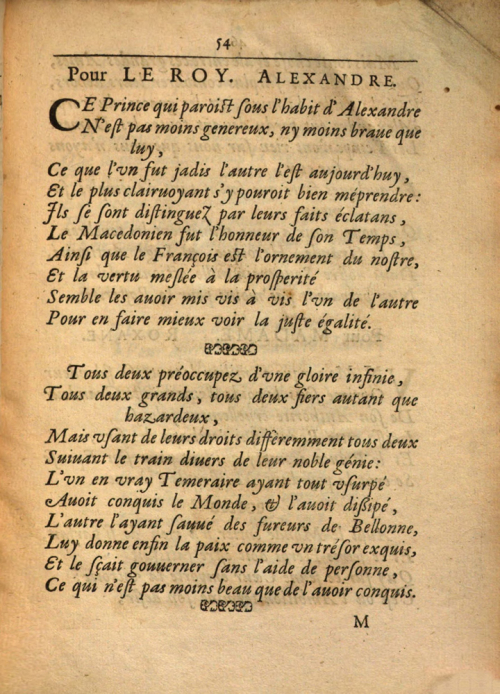 Louis’s propaganda, portraying himself as the Alexander of his time, reached beyond his own court. The artwork, literature and music identifying him with the Greek hero spread to other European countries. Racine’s tragedy was followed by various Alexander plays in western Europe. Le Brun’s enormous paintings were also adapted for wider circulation. His Alexander compositions were woven in tapestries and purchased by European royalty, including George I of England, who placed them in the Queen’s Gallery at Hampton Court Palace. 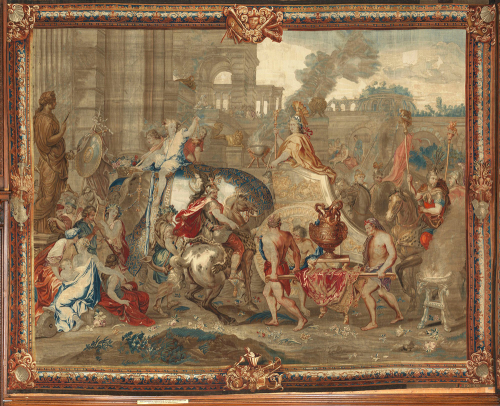 The image of Louis as Alexander spread far and wide. A fan from late 17th-century Italy represents Alexander’s triumphal entry into Babylon based on Le Brun’s painting in the Louvre. The composition of the painting was adapted to the curved shape of the fan by shifting the trophy-bearers to the far right. The artist emphasised the identification of Louis and Alexander by replacing the yellow cloak that Alexander wore in Le Brun’s painting with a striking blue one, traditionally associated with the French monarchy. 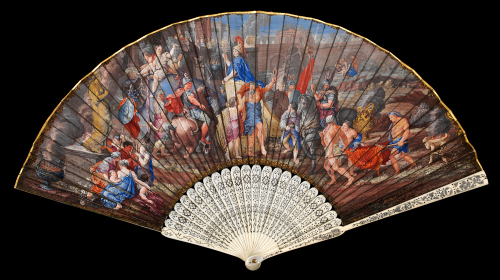 The fascination of Louis XIV with Alexander the Great, resulting in some of the finest art and literary works of his time, is one of the many entangled aspects of Alexander’s afterlife across two millennia. Join us to explore these incredible adventures in the British Library exhibition Alexander the Great: The Making of a Myth, until 19 February 2023, or explore more online at bl.uk/alexander-the-great.

We are indebted to the Kusuma Trust, the Patricia G. and Jonathan S. England – British Library Innovation Fund and Ubisoft for supporting the exhibition, as well as other trusts and private donors.