Robert Dudley, Earl of Leicester (1532-88), is best known today as Queen Elizabeth I’s favourite. He had been a close friend of the Queen from a young age and remained so until his death in 1588. He was referred to as her ‘Lord Robert’ by the diplomat Henry Killigrew in a letter to Sir Nicholas Throckmorton, Elizabeth’s ambassador in France, on 28 September 1561, in which Killigrew expressed doubts about Elizabeth marrying because she only had eyes for Dudley. 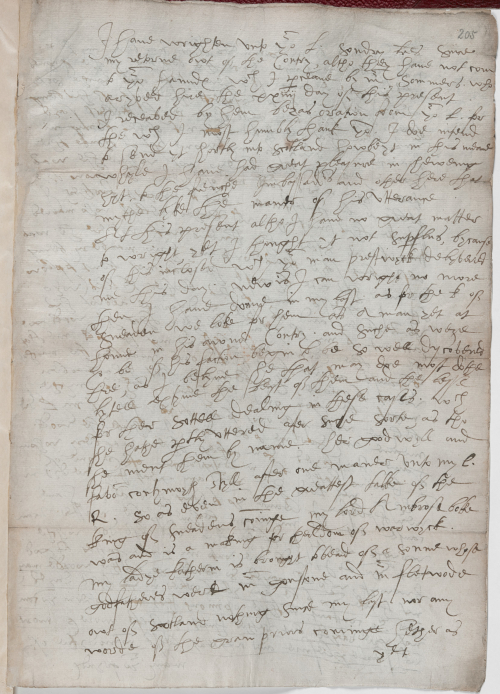 As one of the central figures in Elizabeth’s life, Dudley of course plays a key role in the our current major exhibition Elizabeth & Mary: Royal Cousins, Rival Queens, where he can be seen in this spectacular painting by Steven van der Meulen of c. 1561, which shows him displaying all the offices and honours he had accumulated during Elizabeth’s reign. 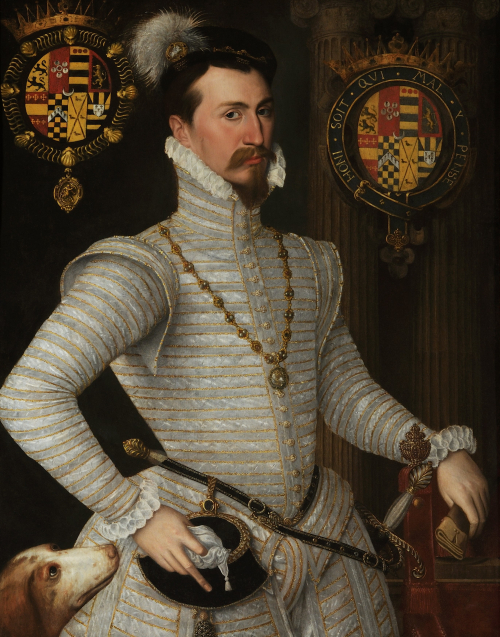 Dudley had been appointed Master of the Horse on Elizabeth's accession to the throne in November 1558, and he became a Privy Councillor in 1562 and Earl of Leicester in 1564. Together with Sir Robert Cecil and Sir Francis Walsingham, Dudley played a key role in domestic and foreign politics during Elizabeth’s reign. But Dudley was much more than just Elizabeth’s favourite and a statesman. He was also a known patron of the arts, a great book collector and a patron of authors and bookbinders, and it’s his interest in owning finely bound books which is of particular interest here.

During his lifetime, Dudley patronised a number of binding shops and the bindings surviving from his library can be divided into different groups. While some of his bindings show his coat of arms on their covers, the most easily recognisable ones are those bearing his characteristic crest in the centre of both covers. Several different versions of his crest are known, all showing ‘a bear erect muzzled and chained supporting a ragged staff on the shoulder a crescent for difference’. More information on his coat of arms and his crest can be found on the British Armorial Bookbindings website. 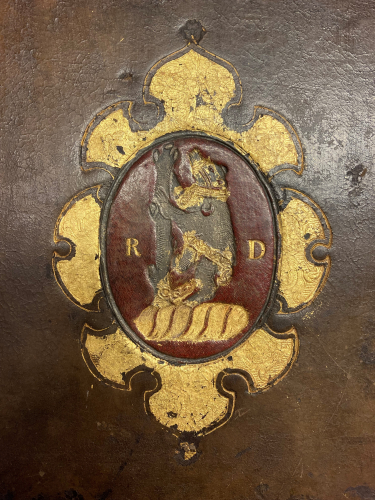 Some of Dudley’s bindings show the influence of Parisian bindings on English bindings at the time in the extensive use of gold tooling in an intricate centre and cornerpiece design, such as this example bound by the so-called Dudley Binder in brown calfskin, tooled in gold with traces of black paint and Dudley’s crest in the centre of both covers. 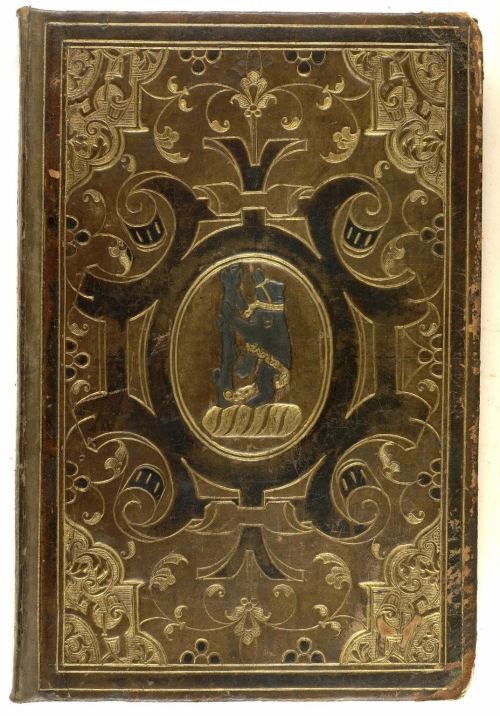 A much simpler group of bindings, also showing Dudley’s crest with the addition of his initials ‘R D’, is decorated with a simple frame around the covers with fleurons at the corners, such as this example, bound in brown calfskin and tooled in gold. 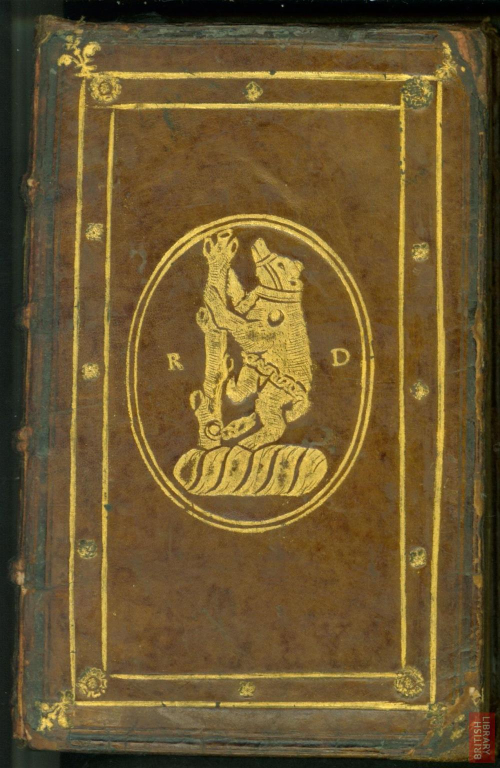 When Dudley died in 1588, an inventory of his library listed over 230 books of which over 90 are known today, bound by more than eight different binders’ workshops between the 1550s and the 1580s. Books from Dudley’s collection can now be found in libraries around the world and the British Library holds examples of some of his elaborate as well as plain bindings. You can find more information on and images of Dudley’s bindings on the British Library’s Database of Bookbindings.

Discover more fascinating characters and amazing documents from the world of Elizabeth I and Mary, Queen of Scots in the exhibition Elizabeth & Mary: Royal Cousins, Rival Queens, open at the British Library until 20 February 2022. 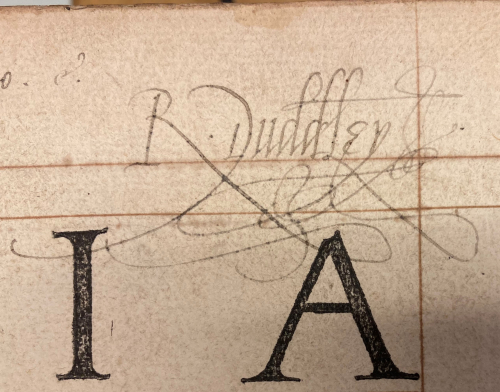 You can also find out more about Dudley and his bindings in H. M. Nixon and M. M. Foot, The History of Decorated Bookbinding in England (Oxford, 1992); H. M. Nixon, ‘Elizabethan gold-tooled bindings’, in Essays in Honour of Victor Scholderer, ed. by D. E. Rhodes (Mainz, 1970); or W. E. Moss, Bindings from the Library of Robt. Dudley, Earl of Leicester, (Sonning, 1934).