This month we are highlighting the following three projects that have recently been made available to view online. 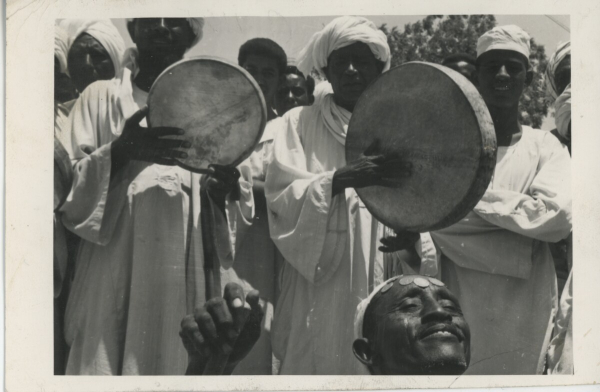 This project carried out a survey of private photography collections in Sudan and included the digitisation of images from one of these, the Ali Muhammad Osman Collection. This collection is made up of personal photographic material from his childhood, his teenage years in which he experimented as a photographer and sought connections with other photographers, and into his early adulthood in which he went to university and studied visual arts, joined the scouts and briefly the military, and traveled across Sudan. 319 photographs were digitised in total. 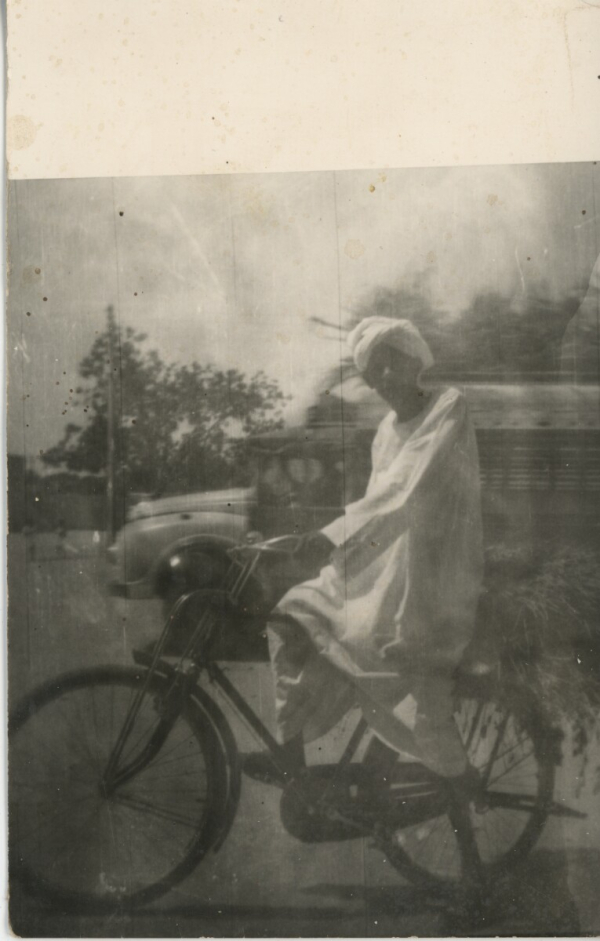 Posted by Endangered Archives at 4:28 PM

This month we are highlighting the following four projects that have recently been made available to view online. 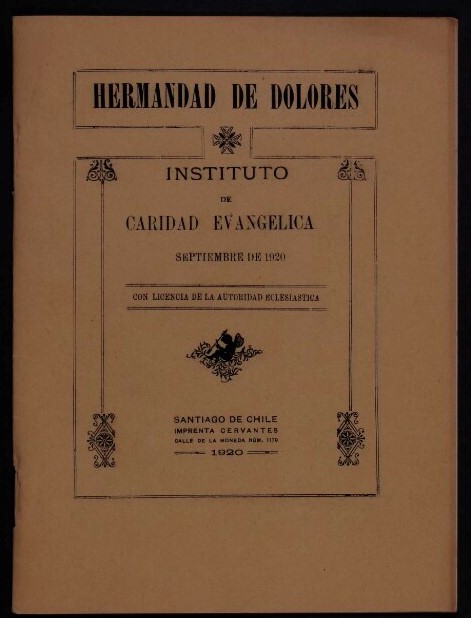 The Instituto de Caridad Hermandad de Dolores (Institute of Charity Fraternity of Sorrows), is the oldest institution of private charity in Chile, which has offered free medical services in the city of Santiago since the 19th century. It was founded in March 1815, by a group of patriots who were imprisoned on Juan Fernández Island during the Chilean War of Independence, among them, Juan Egaña, Manuel de Salas and Manuel Blanco Encalada. After the conflict, they returned to Santiago and fulfilled their promise to form an association aimed at helping the poorest people of the city. The archive of this institution, composed of more than 300 manuscripts, traces its history from the 19th century to the present day. In this project, 100 volumes corresponding to the first half of the 20th century (1900-1950) have been digitised. Their content helps illustrate a Chilean society still in the making, especially regarding medicine, women's participation in the public sphere and the lack of State policies related to charity and the poor. 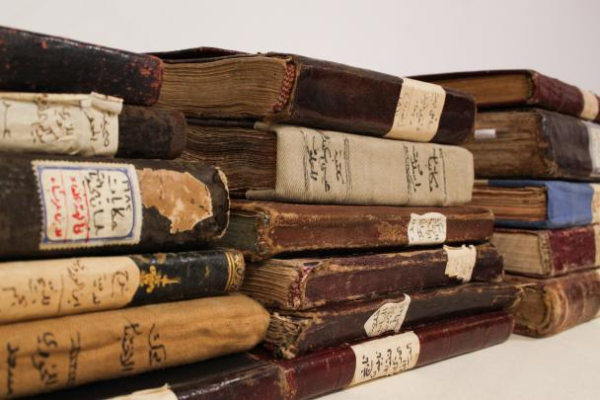 This project catalogued and digitised the Isa Iskandar al Ma’luf historical Manuscript Collection, written between the 18th and the 20th centuries. Stored in a much-neglected storage condition for around 60 years, the collection, which was suffering from chemical and physical deterioration, is now located at the American University of Beirut libraries. A total of 101 manuscripts of different subjects were cleaned, preserved, rehoused in new acid free boxes, properly labelled, catalogued, and scanned. The manuscripts are essential for the study of cultural, social, and religious history of the Middle East. The collection includes recently received manuscripts dated between the 16th century and the early 20th century, which cover numerous topics, including: astronomy, literature, history, genealogy, logic, mathematics, medicine, music, religion, and others. 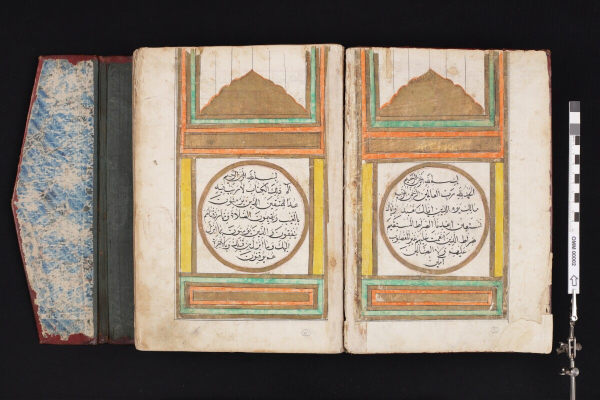 The library of the Great Omari Mosque is considered one of the most important and oldest national libraries and archives in Palestine. Its collection of manuscripts covers a variety of Islamic sciences, and the humanities. The collection describes important and rare manuscripts, for examples: the valuable literary (Diwan) of the poet Ibn Zuqqah Al-Ghazzi and Fatwas of the Scholar Tamrtashi Al-Ghazzi. 211 manuscripts have been digitised and cover topics such as: Fiqh (Islamic jurisprudence); Hadiths of the Prophet Mohammed; Sufism; Arabic grammar and dictionaries. 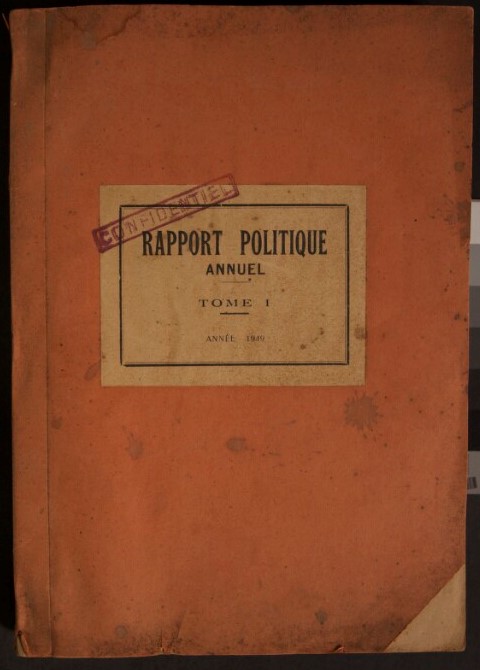 Kita is one of the most ancient colonial districts in Mali (1880) and played a crucial military role in the conquest of Western Mali after French colonisation. It was also one of the very first colonial railroad stations. Thus the Cercle, the main administrative authority since colonisation, collected a tremendous amount of information about the social and economic life of the region over the twentieth century. This project is a continuation of an earlier and smaller project that carried out a survey of the colonial archives (EAP820). This larger project digitised a wide range of records including those about political and military affairs; science and the arts; navigation; finance and administration; and many other subjects.

Posted by Endangered Archives at 10:47 AM

We are seeking to recruit a cataloguer to join the EAP team at the British Library’s St Pancras site.

This post is until 31 December 2023 (with the hope that it will be renewed).  The purpose of the post is to support the team by cataloguing material received from the various projects. Making the material accessible for scholarly research is a key element of the Programme and you will be a valued member of EAP.

This post would be suitable to someone who has an understanding of at least one of the communities represented in EAP projects (The Caribbean, Asia, Middle East, Africa, Latin America). We actively and warmly welcome applications from candidates who feel their culture has been represented by the EAP collections.

If you would like to apply, please visit the British Library Website. The application deadline is 16 November 2022. 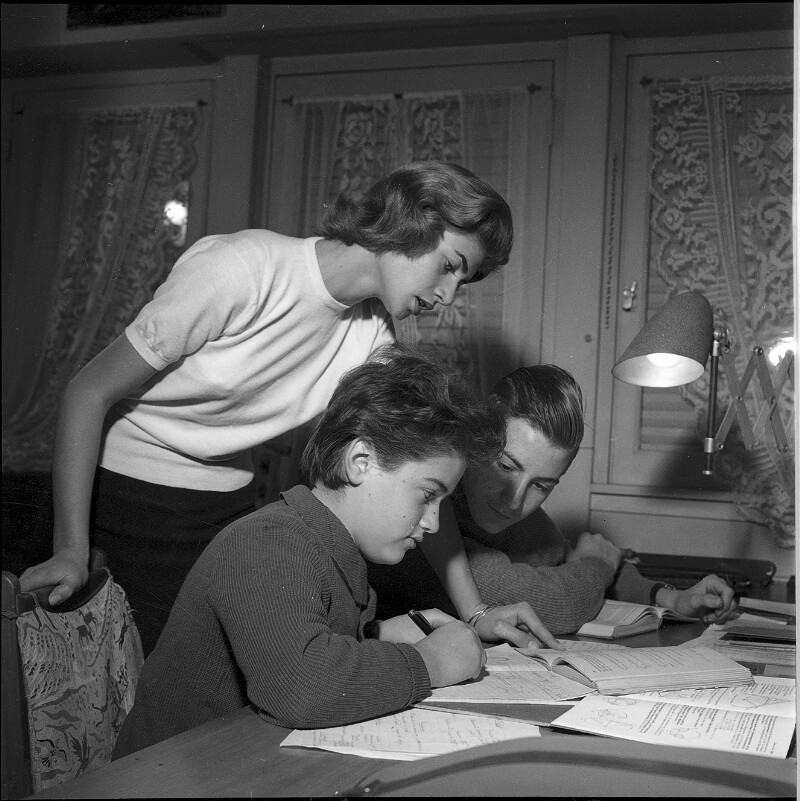 Posted by Endangered Archives at 3:00 PM