The importance of story

During May the National Literacy Trust, along with the rest of the UK, is celebrating National Share a Story Month. I thought the EAP blog should join in the fun. Several of our projects have copied manuscripts and printed books that contain stories, tales, myths and popular narratives of all sorts. This post is dedicated to the importance of story and the role stories have in our lives.

One of our projects working in India, Archiving texts in the Sylhet Nagri script, has digitally copied 103 texts. The Sylhet Nagri script was once widely used in north-eastern Bengal. The script was used in both printed texts and hand written manuscripts to record aspects of popular culture, including religious stories. The project copied several texts telling the story of the Battle of Karbala, a significant event in the history of Sunni and Shi'a Islam. The battle was fought between the adherents of Yazid and the family and followers of Husayn, on Muharram 10 in the 61st year of the Islamic calendar (October 10, 680 CE). Yazid and Husayn both claimed the title and position of Caliph. Husayn and his 72 followers were travelling to Kufa when Yazid, who had a much larger military force, ordered an army to intercept them. Yazid's forces surrounded Husayn at the desert oasis of Karbala.

After days of fruitless negotiations, during which the water supply to Husayn's encampment was cut off, Husayn and his band prepared for the fight that could not be avoided. The night before the battle he offered his followers the choice to flee. None accepted. The battle itself saw Husayn and his male followers killed. The women and children, including Husayn's sister Zainab bint Ali and his son, were taken prisoner.

The story of the Battle of Karbala has been seen as a fight between good and evil - the pious Husayn, who wanted to protect Islam, against the wicked Yazid, who lived impiously and owed his position to greed and bribery. Four tellings of this story have been copied by the EAP Project. Three of these are in compilations that have been called Jamnama, stories of wars and battles. These texts also contain "Jari" songs. The story is told and the songs are sung together. The other edition of the story is in a text that has been called Sahide Karbala. 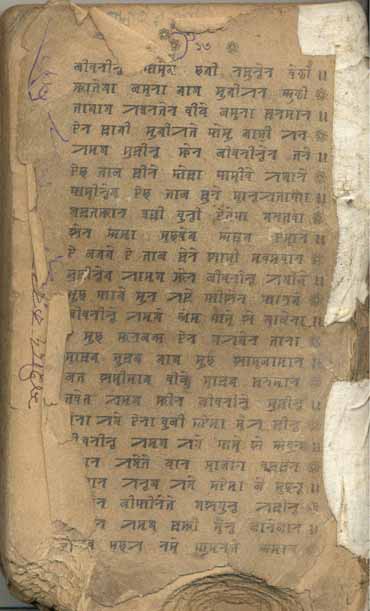 The version of the story told in the Jamnama is significant for its literary innovations and the creative narrative style that made this story of a distant land rouse spontaneous and heartfelt emotions in different regions of Bengal.

National Share a Story Month is organised by the Federation of Children's Book Groups.

Posted by Lynda Barraclough at 1:09 PM