It's November 5, Guy Fawkes Day. In Britain, on this day, we commemorate the gun powder plot of 1605 which failed to blow up James I's parliament. The lives of many politicians and other people were saved. I often think, though, that in the act of destroying parliament the explosion would also have destroyed a large number of government papers and archives.

It's worth reflecting that, by thwarting the conspirators, the authorities simultaneously rescued some of Britain's important and irreplaceable political documentary heritage. This made me wonder how many political archives are the subject of EAP surveying or copying activities. As it turns out, quite a few. And they are:

A survey of the endangered court records of Nevis, West Indies

Preserving the archives of the National Independence Party of Zambia

Inventory of archival holdings in Jamaica

Creating a digital archive of Afro-Colombian history and culture: black ecclesiastical, governmental and private records from the Choco, Colombia

History of Bolama, the first capital of Portuguese Guinea (1879-1941), as reflected in the Guinean National Historical Archives

Digitising the endangered archives of Grenada

The titles alone display the variety and reach of these collections. They comprise and document African diaspora and slavery records, the struggle for political independence or separation from colonial powers, land use and taxation of indigenous populations, the early histories of new states, the correspondence of local and national governments, the relationship between church and state and the papers of long serving political leaders and their parties.

Some of these projects have been the subject of past blog entries. One early project focused on photographs held by Georgia's central state audio-visual archive. This was a pilot project and the team aimed to survey the existing photographs. In this they were successful. Although no major copying was done, some sample images were made: 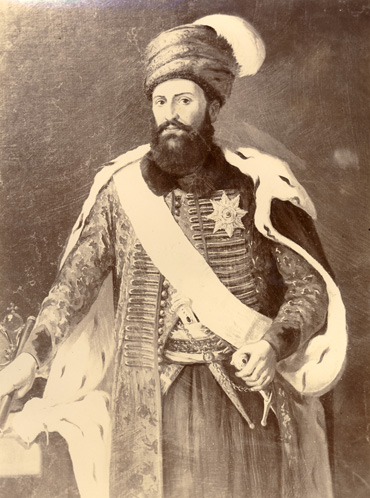 Posted by Lynda Barraclough at 4:40 PM