This week I received the first hard drive from project EAP373 which is currently halfway through the digitisation of Tai Ahom manuscripts from Assam.

The Ahom language stopped being spoken about two centuries ago. Similar to Chinese and Thai languages, Ahom was tonal but the tones were rarely indicated in the writing system. Although linguistically Ahom is linked to the Thai language, the content of these manuscripts differ quite dramatically from Sukhothai Thai inscriptions because the Ahoms living in Assam kept their pagan beliefs rather than adopting Buddhism. Their language does not contain Sanskrit or Pali words. The script, which is a unique alphabet related to Burmese, can only be read by a very few. Some Ahom priests are able to read these precious manuscripts but it is unclear as to how the language should be pronounced.

The Ahom culture had an extensive body of literature. Most of the manuscripts that have been digitised for EAP373 have been written on Sasi tree bark (Aquillaria Agallocha) and date from the 17th and 18th centuries, though many of them discuss and copy earlier texts relating to  Ahom life and customs. Traditionally, Ahom priests and nobles wrote histories known as bia-ran jis ‘stores of instruction for the ignorant’ and understandably these still play an important role within the community.

Below are some images of the team in Assam digitising the material and a page from an illustrated manuscript. 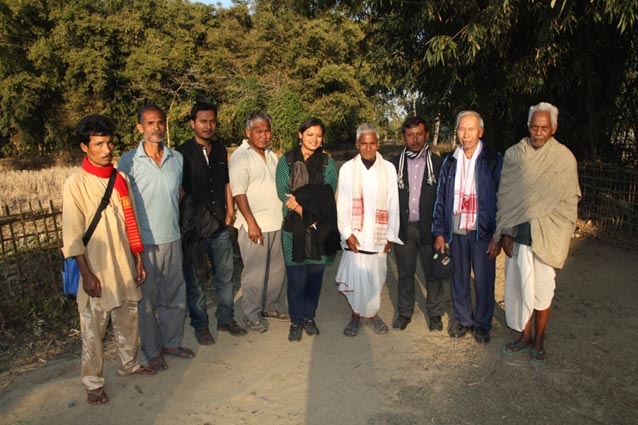 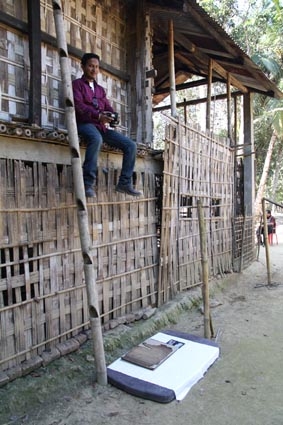 The team at work. 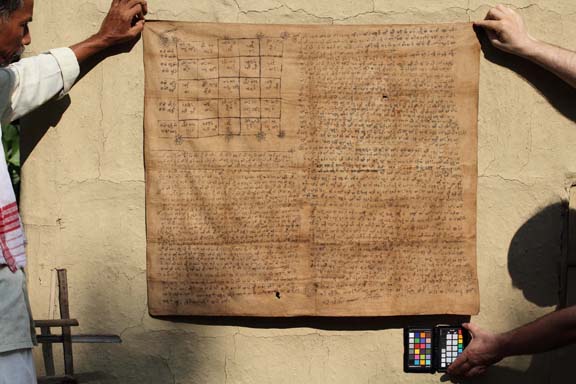 Posted by Endangered Archives at 7:48 PM