It is with great pleasure that we have Dr Graeme Counsel as our guest blogger this month. Graeme has worked tirelessly to digitise music from Guinea. Do read this fascinating account of his time there and how the Syliphone Label came to be formed. 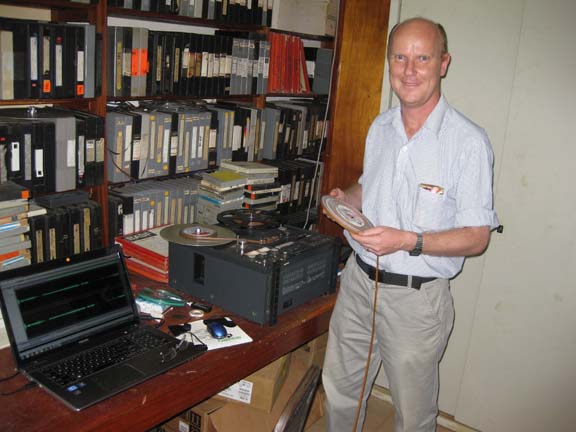 My three EAP projects focused on the archiving of the music of the Republic of Guinea. In 1958 Guinea embarrassed France by voting “Non” to an offer of autonomy in a confederation of states and instead chose complete independence. Under the Presidency of the young and charismatic Sékou Touré (1958-1984), Guinea was one of the leading proponents of pan-Africanism and the formation of the Organisation of African Unity (now the African Union).

Sékou Touré saw the development of a national identity as key to the progress of his nation. The development of culture was thus central to his government, and Sékou Touré took control of music production in Guinea through a broad cultural policy called “authenticité”. Under the policy, all private orchestras were disbanded, with the government creating new state-sponsored orchestras in each of Guinea’s 35 prefectures. The musicians of the orchestras were instructed to modernise their local musical traditions via the new Western instruments which were a feature of their groups. The government bought them their musical instruments, paid them a wage, and created national arts festivals in which their groups performed. Under authenticité all foreign music was banned from the radio, and here the government filled the gap by building a state of the art recording studio and creating its own recording label, Syliphone. The music of Syliphone was recorded on magnetic tape at the studios of Radio Télévision Guinée (RTG). Some of the music was released as 33.3 rpm and 45rpm vinyl discs; all of it was broadcast by the RTG on one of the largest radio transmitters in West Africa. Sékou Touré sent his orchestras and ensembles on tours throughout the region and continent, where they were a sensation. The result of all of these efforts and the authenticité policy was a remarkable period of creativity which saw Guinean musicians as pioneers in the creation of African popular music. Guinean music had become the voice of a new Africa. 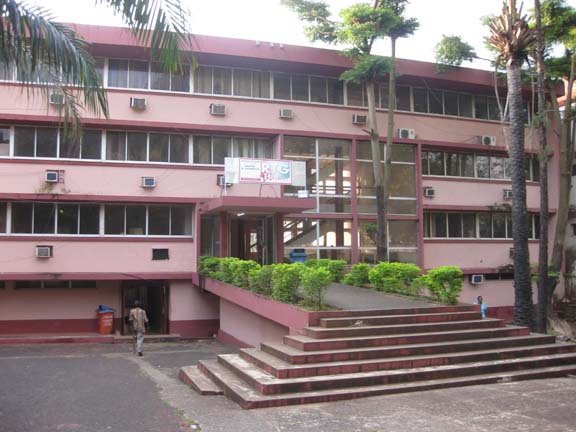 My first EAP project was to reconstruct the entire Syliphone catalogue of 750 songs released on 160 vinyl discs. The government’s own archive of this collection had been destroyed in the counter-coup of 1985, when jet planes bombed the national broadcaster, home of the offices of the RTG. Since the mid 1960s the RTG had housed  the sound archive, the actual contents of which were something of a mystery. My Syliphone project proceeded extremely well and in September 2008, in time for Guinea’s 50th anniversary of independence celebrations, I presented to the government the complete collection of Syliphone music digitised to compact discs. The collection was exhibited at the Musée National and in recognition the government awarded me their highest academic honour, the gold medal of the Palme Académique en Or. Such a high profile gave me considerable leverage. The swathes and labyrinths of red tape and bureaucracy required to access the RTG, a difficult place to gain access to, were slowly swept away, and I will never forget the first time I entered the sound archive. What I had heard and imagined the archive to consist of, perhaps 50 audio reels, turned into an Aladdin’s Cave of perhaps 1,000 reels. All I could do in the few weeks that remained of my project was to digitise and preserve as many of them as I could. I applied for a 2nd EAP project to archive the remainder, and returned in 2009 to complete the project.

Shortly after I left Guinea in 2008, Guinea’s long serving President Lansana Conté died. This heralded a coup and a new military regime, which was in power when I arrived in August 2009 and which was becoming increasingly unpopular. Guineans had suffered under one party/military rule since 1958 and the protests grew increasingly violent. On 28 September 2009 the Guinean army attacked an opposition rally and 187 civilians lost their lives with nearly 2,000 injured. Following this tragedy I realised that working at the RTG would be impossible. It was likely that the army would split, that civil war may result, that anything could happen, and when it did that the RTG (with its national TV and radio broadcasting monopoly) would be taken over by armed force. This has been the history of Guinea’s conflicts, and thousands were leaving the capital as the situation grew very uncertain. I was one of the last foreigners living downtown when, with the full support of the EAP and under the direct advice of the British and Australian governments, I had to leave and abandon the project. Shortly after the President and leader of the military junta was shot in the head, though he survived...

In 2010 Guinea’s first democratically elected government was in office, and in 2012, with a third EAP budget, I returned to Guinea to complete the archiving at the RTG. I worked as fast as I could, given my previous experiences, and the fact that the government had already suffered one coup attempt. In 2008 I archived 69 audio reels of music. In 2009 I had archived 229 reels, and from September 2012 to January 2013 I archived 827 reels and achieved the completion of the archiving project. In total 9,410 songs were preserved and digitised. 99.9% of the material was Guinean music, with the bulk recorded during the era of President Sékou Touré. The archive is thus a testament to his government and to the policy of authenticité. It captures an important era of African history, that of the independence period, when anti-colonial and anti-imperial rhetoric abounded and governments and artists alike looked to Africa’s history and culture for inspiration.

To celebrate the completion of the project the Ministry of Culture held a soirée. Many dignitaries were present including all of the chefs d’orchestre of the National Orchestras. There was a large media presence and the event was broadcast live on many radio stations. The Prime Minister sent his congratulations. Many speeches were given and the event concluded with performances by two orchestras – Keletigui et ses Tambourinis and the all-female orchestra Les Amazones de Guinée. Here is a video excerpt of their performance.

The RTG archive contains many unique recordings which have never been heard outside of Guinean radio. A large proportion of the music has not been broadcast in over 20 years, as it was politically sensitive and subject to censorship. The list of artists and musicians represented in the archive is a who’s who of Guinean and African music. There are many unreleased recordings by major stars such as Kandia Sory Kouyaté, Bembeya Jazz National, Fodé Conté, and Kadé Diawara, in addition to hundreds of unreleased recordings by Guinea’s National and Regional orchestras, troupes and ensembles. There is also a wealth of material by famous Guinean artists who, as they were never commercially recorded, are virtually unknown outside of Guinea. Some of these include Farba Tela (an inspiration to Ali Farka Touré), Mama Kanté, Binta Laaly Sow, Koubia Jazz, and Jeanne Macauley. The archive collection also features thousands of traditional songs from all of Guinea’s regions and ethnic groups. Ethnomusicologists will find a treasure trove of material to assist their research.

All songs are catalogued in the British Library's Sound and Moving Image Catalogue and are available to listen to in the reading rooms. They can also be accessed at Guinea’s national library which is housed in the Musée National complex in Boulbinet, Conakry. The complete catalogue of the RTG recordings is available for download from my website –  www.radioafrica.com.au.

Posted by Endangered Archives at 3:36 PM