Flowers of Persian Song and Music

Today is Persian New Year known as Nowruz. It celebrates the first day of spring and so to mark
the occasion we have another guest blog, this time from Jane Lewisohn who was
the grant holder for EAP088, a project about Persian poetry and music.

The Golha (‘Flowers of Persian Song and Music’) radio programmes were broadcast on Iranian National Radio for 23 years from 1956 through 1979, comprising approximately 850 hours of programmes made up of literary commentary with the declamation of poetry, which was sung with musical accompaniment interspersed with solo musical pieces. The programmes were the brainchild of Davoud Pirnia, a one-time Assistant Prime Minister, enthusiastic patriot and scholar who harboured a deep love for Persian culture and its rich literary and musical traditions. He retired from political life in 1956, for the next eleven years he devoted himself tirelessly to producing of the Golha programmes. The foremost literary, academic and musical talents of his day offered Mr. Pirnia their collaboration and support. The greatest Iranian vocalists of the twentieth century saw their careers launched on these radio programmes. Besides having such a rich pool of talent at his fingertips, Mr Pirnia had the support of the Director of the Iranian National Radio (1950–1960s), Nusrato’llah Mu‘niyan who transformed the radio from a commercial advertising platform for entertainers and a parking place for relatives of political elites into a respected and influential vehicle for the preservation and promotion of Persian culture. The Golha programmes became exemplars of excellence in the sphere of music literature, setting standards that are still looked up to in Iran today, referred to by scholars and musicians as an encyclopaedia of Persian music and poetry. Most of the great ballads and songs in modern Persian literature were commissioned specifically for these programmes. 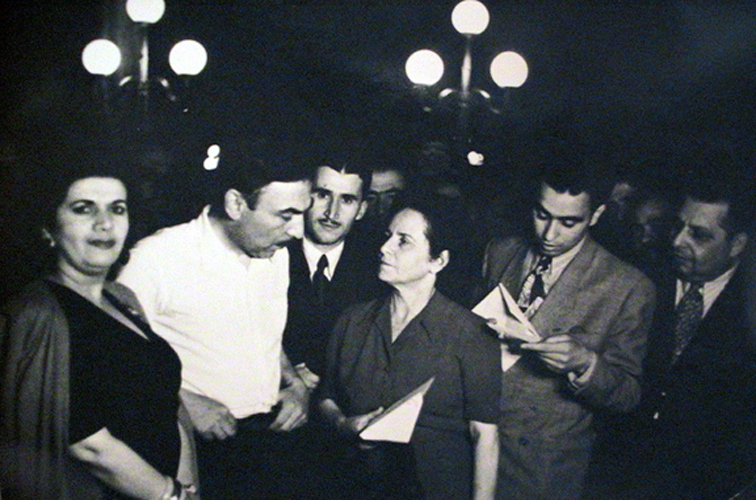 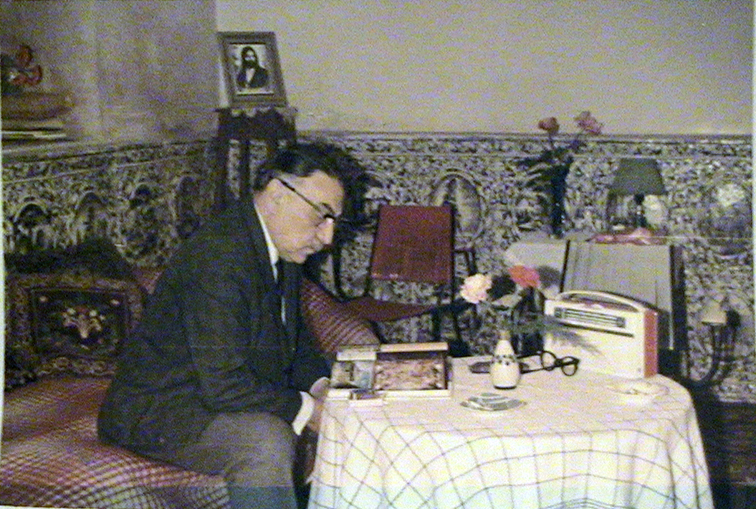 The Golha marked a watershed in Persian culture. Heretofore, due to the conservative socio-religious bias, serious music had been practised behind closed doors. Where performed in public spaces, performers were branded as street minstrels. Due to the high literary and musical quality of these programmes, public perception of music and musicians in Iran shifted and its participants became referred to—for the first time—as maestros, virtuosos, divas and adepts of a fine art, no longer inhabiting the lowest rung of the social ladder.

The Golha programmes were so popular that people organized their schedules around listening to the broadcasts. The Golha programmes also evoked a neo-classical revival in Persian song and verse of the late Qajar period which were re-interpreted and performed by modern musicians and vocalists, and likewise promoted Persian vernacular music that was carefully researched, recorded, and broadcast, thus helping to preserve both the vernacular and classical traditions of Persian music and poetry which were under threat from influences outside and within Iran that wished to modernize the society.

The most important effect of the Golha programmes on Iranian society, (illiteracy was 85% in the 1950s –1960s), was that they accustomed people to hearing good poetry and good music, re-introducing over 560 Persian poets from the ancients to the moderns, thus reinvigorating interest in classical Persian literature. The Divans of poets never properly edited and published before suddenly became in high demand! 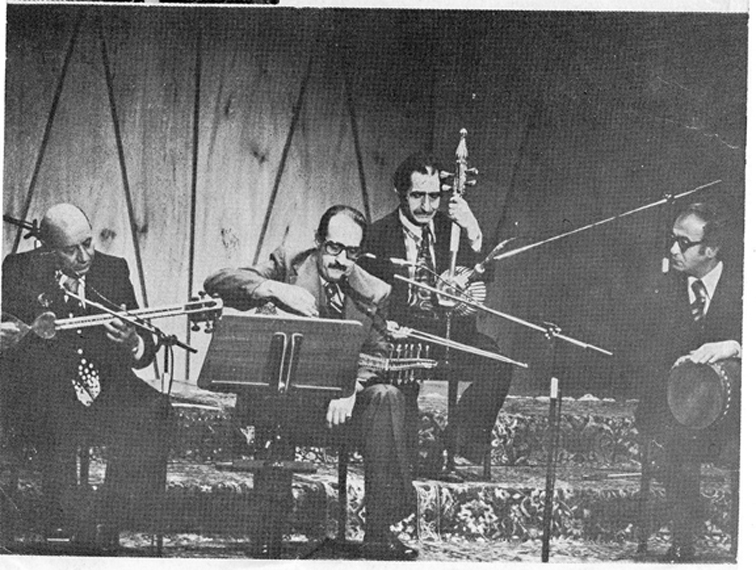 When Pirnia retired 1967, several other musicians, scholars and poets, succeeded him. In 1972, Hushang Ibtihaj, a well-known modern Persian poet, took responsibility for the programmes, changing their name, consolidating all the various types of ‘flowers’ into one programme called ‘Fresh Flowers’ (Golha-yi tazeh, 201). Ebtehaj patronized the revival of interest in Persian music of the Qajar period (1794-1925); as a partial result of Ebtehaj’s vision, a movement to preserve and cultivate the traditions of Persian urban art music is still alive and flourishing in present-day Iran. 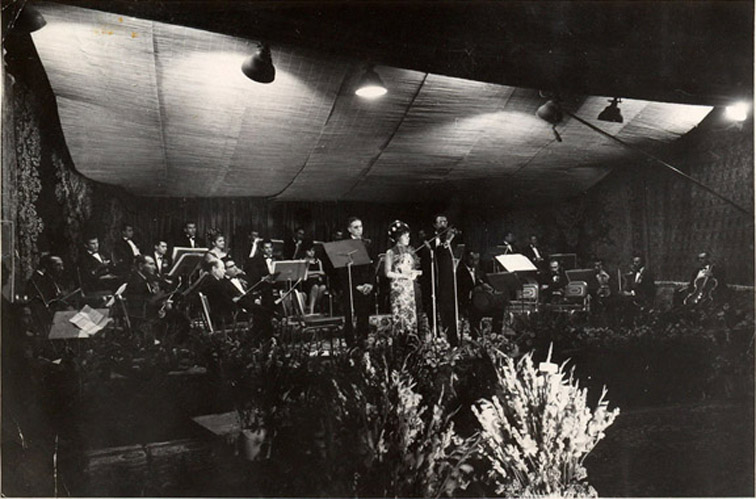 The “Golha Project” began in early 2005 with a pilot project supported by the Iran Heritage Foundation, the British Institute of Persian Studies and the Department of Music at SOAS to see if was possible to collect, archive and digitalise the Golha programmes. Following the success of the pilot project, over the next two years, with the support of the Department of Music at SOAS and British Library Endangered Archives Programme (EAP), assisted by many generous private and institutional collectors in Iran, France, Germany, Canada and the United States, all the Golha programmes were collected. In July 2007, a digital copy of the complete Golha archive was deposited in the British Library’s World Sound Archive.

In 2008, the second phase of the Golha project was launched, supported by the Iran Heritage Foundation, the British Academy, the Parsa Foundation, British Institute of Persian Studies and the Department of Music at SOAS. To construct a searchable, relational database for the Golha programmes which includes bio-bibliographical data on the performers and authors, photographs, musical notation of the songs and transcriptions of the poetry. The database is searchable through a purpose-built website allowing one to search it by programme name, number, singer of the avaz and tarana, song writer, poet of the avaz, first line of the song or poem sung, name of the song, instrument, musician, composer, name of poet whose poetry is sung or declaimed, poetic genre, dastgah or avaz and gusha of the music performed, etc.

The searchable relational database for this important archive, has become a unique cultural resource for students and lovers of Persian culture and a teaching tool for Persian music and Persian literature in many Universities in Europe and North America, was launched in August 2012, with the support of Iran Heritage Foundation, and is available Completely free for all to access at. www.golha.co.uk.

Since 2005, many other archives and important collections have been collected by or donated to the Golha project, including folk recordings, private recordings and additional archives of radio programmes, comprising thousands of hours of twentieth-century Persian music. Some of these resources have already been digitalised, but over 1000 reel and cassette recordings still need to be digitalised, archived, indexed and included in the Golha database. It is our hope that in its future phases, the Golha Project will find the support it needs to make this intangible cultural heritage of Iran freely available to all there by the revealing the important role Iran’s cultural heritage has played in shaping world culture.

For more information on the Golha project please refer to

Posted by Endangered Archives at 12:04 PM