This month has been a bumper one with nine collections going up online, adding over three hundred and fifty thousand images. To avoid an overload of projects April’s blog has been split into two parts. This blog is part one and describes the first five projects which are available; these are EAP207, EAP234, EAP284, EAP314 and EAP401. Two of these collections are South American, coming from Argentina and Peru.  Another two come from Africa, originating from Sierra Leone and Ethiopia. The final collection comes from the southern Indian state of Tamil Nadu.

EAP207 digitised various collections of items stored at Museo de La Plata; these had been identified in a previous pilot project, EAP095. Museo de La Plata was established in Argentina in 1888. It was the first institution of its kind in South America, resulting from the donation of several anthropological and archaeological collections gathered during the 1870s. These  collections provide a picture of pre-industrial societies across a wide area of South America during the late 19th - early 20th centuries.

The albums Boggiani, Bonaparte (Old and New World), and the Bolivian Collection represent objects used by ethnologists as visual data of indigenous peoples. The Moreno Album contains images from F. P. Moreno's collections at the Anthropology and Ethnography Museum of Buenos Aires, founded in 1878. This album along with the Calchaquí Album was presented at the Paris World Exhibition of 1878 and both contain very rare images. 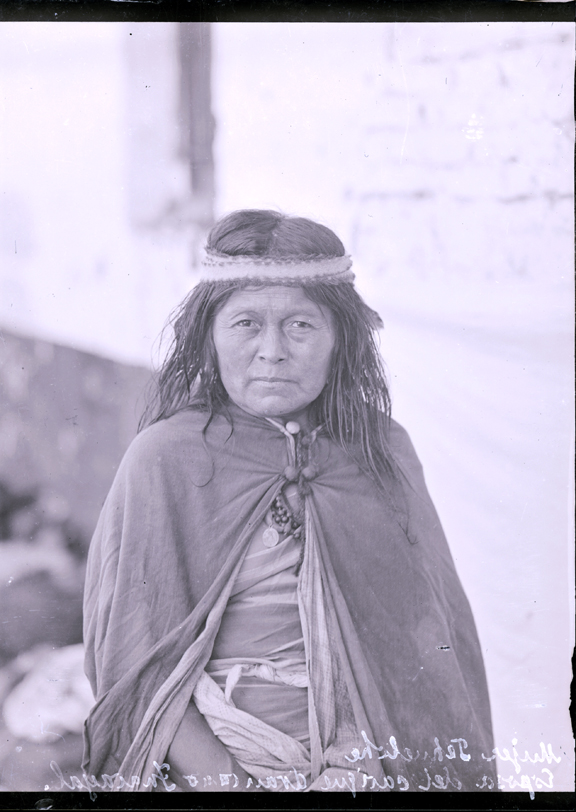 The second project EAP234 identified and catalogued colonial documents (1535-1929) held at the Lima Metropolitan Welfare Society, Peru.  The archive holds documents about benefactors, foundations, brotherhoods, chaplaincies, rural and urban properties, slaves, wills, payments letters and accounts records which provide information on the daily operations of many charitable institutions. These documents are especially valuable as sources of economic, social, religious, art and medicinal history. As well as listing and organizing the material the project also produced a digital sample of the records, this is now available to view on our website. 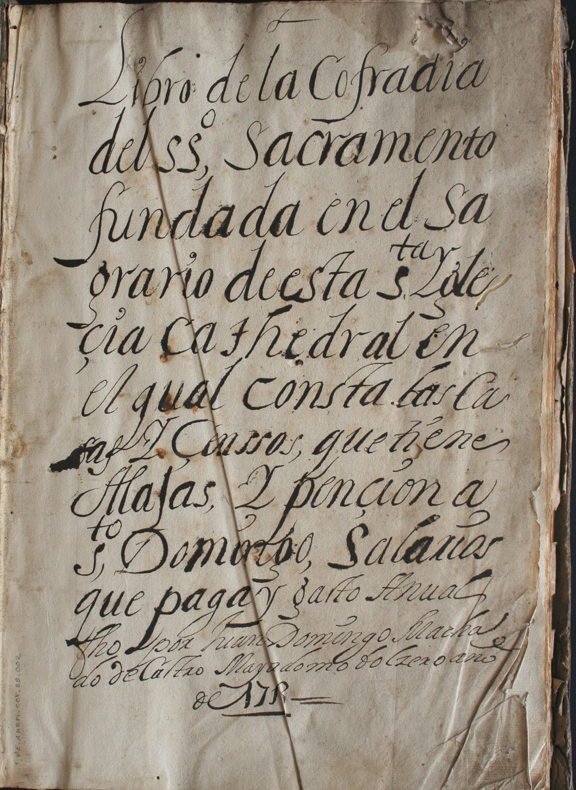 EAP284 is a pilot project which surveyed the records held at the Sierra Leone Public Archives. Sierra Leone was settled in 1787 by the 'black poor', who were mostly former slaves from London.1  Sierra Leone received successive waves of immigration, African American ex-slaves who had fled to Nova Scotia, Jamaican Maroons who had been removed from Jamaica and initially settled in Nova Scotia, but after facing cold winters and racism came to Freetown. There were also thousands of people who had been liberated from slave ships by the Royal Navy after 1815 and settled in Freetown. As well as these there were migrants from the hinterland, including Muslims from the north and north east, and local ethnic groups - Mende, Temne, Vai, Sherbro. Sierra Leone became home to a unique polyglot Atlantic community. The records provide an insight into slavery, abolition, race, meanings of freedom and political sovereignty throughout the region.

The project was successful in surveying these archives and supplied a digital sample of some of the records; this is now available on our website. 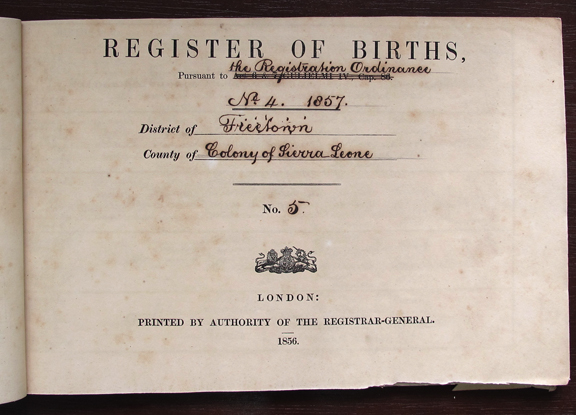 EAP401 was based in Ethiopia and looked at digitising records relating to Ethiopia’s Islamic Heritage. Islam was introduced to Ethiopia nearly 1500 years ago. The project undertook a survey to identify the most endangered Islamic manuscripts and archives in functioning and abandoned mosques, as well as looking at private holdings in North Shewa (Goze, Husiso), South Wello (Gedo Toleha, and Dodota) and Gacheni.

The project identified six abandoned mosques in the towns of Cheno, Dera and in South Wallo, 21 manuscripts were listed. Some manuscripts in poor conditions were relocated to the Gaceni District Culture and Tourism Bureau. Ten manuscripts were digitised and these are now available on our website. 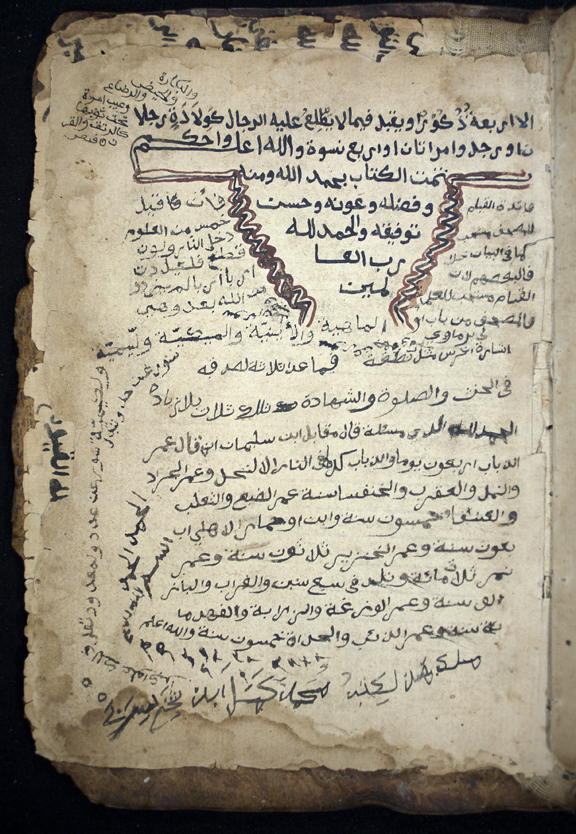 EAP314 located handwritten documents of village judicial assemblies, or traditional courts of customary law, in the southern Indian state of Tamil Nadu. Though these assemblies never acquired legal sanctity the practice of recording the nature of the dispute and the judgment handed down by village elders became a standard procedure in this region of India. The records will enable researchers to acquire new insight into Tamil rural social life.

The project identified 45 individuals holding documents related to Tamil customary law and rural social history. The collections of 10 individuals were digitised, comprising 619 paper documents, 24 notebooks and 9 copperplates, these are now available to view on our website. 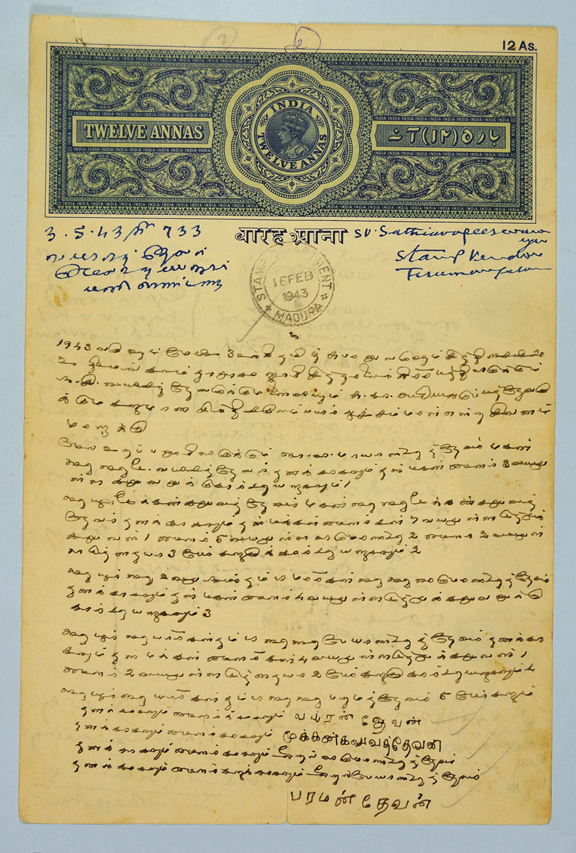 Check back next week to see the final four projects!