Faces and Places in Iran: Iranian photography at the turn of the 20th century

This month's blog is written by Robert Miles who is part of the EAP team and is currently cataloguing our very early projects. Obviously EAP001 caught his interest and it is easy to see why.

The very first EAP project, and one that has recently been made available to view online, consists of a fascinating collection of images taken in late 19th-early 20th century Iran. This pilot project identified important photographic material collections in 13 urban centres in Iran and investigated the feasibility of digitising these collections in the future whilst producing samples of the images. These images chart the development of photography in Iran, from early glass plate negatives to modern-style studio portrait photography, as well as providing visual evidence of the rapid social and cultural changes and modernisation of the country. 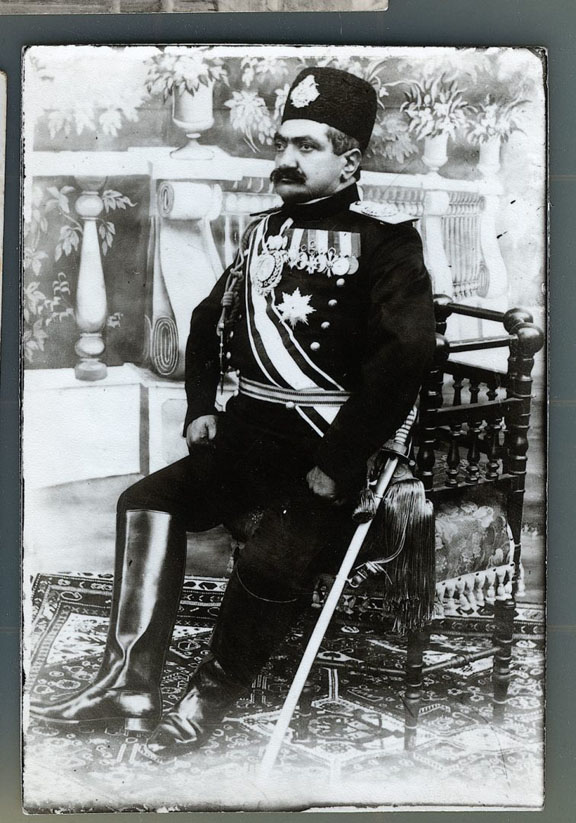 Photography was introduced into Iran in the mid-19th century Qajar era shortly after the birth of popular practical photography with the daguerreotype in Europe. During the reign of Naser al-Din Shah Qajar, King of Persia 1848-1896, photography was accepted and encouraged as a vital means for the court to document important events and ceremonies and to capture portraits of themselves and their families. Naser al-Din Shah Qajar’s eldest son, Mass'oud Mirza Zell al-Sultan (1848-1917), a powerful prince of the Qajar dynasty and ruler of Isfahan, followed his father’s interest in photography and employed photographers within his court. His portrait can be seen in the image above.

Throughout much of history, portraiture was used as a status symbol and the introduction of portrait photography continued this. From the late 19th century through to the late 1940s portrait photography remained available in Iran only to those who were relatively wealthy and/or with positions of power. Many of the photographs in this collection clearly show the elevated social class of the subjects, or perhaps just an image of an idealised representation they wanted to portray. The displays of wealth, evident in the type of clothes the subjects wore or the possessions and objects they chose to be photographed with helped to display this wealth and social standing, as well as the individual’s skills or profession. 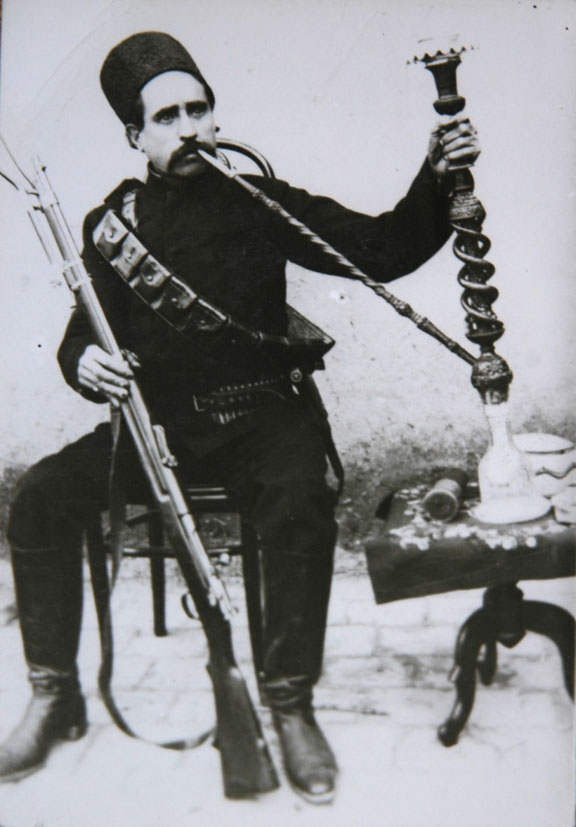 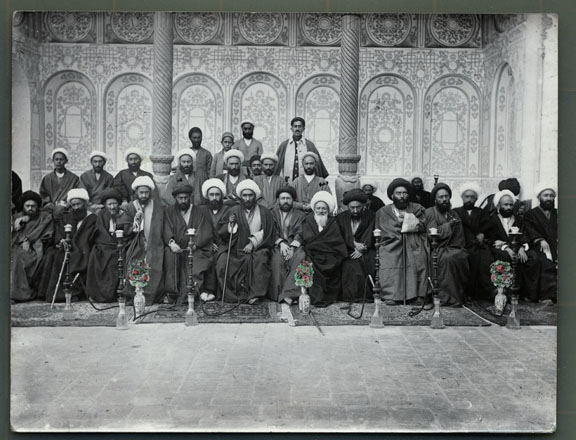 The collection includes photographs from many key figures in the history of Iranian photography including Ernst Hoeltzer, who states his reasons for documenting the rapid social and cultural changes and modernisation of the country,

“the culture of Persia and Isfahan is about to change drastically and already in the last few years many foreign and European styles and luxuries have been introduced. The old buildings and customs (even the clothing) are gradually disappearing with the result that all those things that have been described by Chardin and Tavernier will simply no longer exist. In fact people will begin to doubt and reject what they have described. Furthermore, I have had time and opportunity to photograph several of the most interesting landscapes, buildings and squares during the last years of my stay – which pleased me all the more since many of the buildings which I had photographed were destroyed shortly after.”[1] 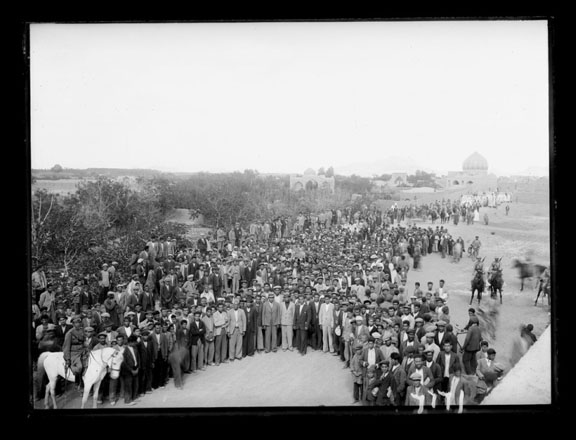 Many of these changes can be observed in the photographs within this collection.  They are most obvious in the portrait photographs taken after the transition from the Qajar dynasty to the reign of Reza Shah Pahlavi. The Pahlavi dynasty came into power in 1925 with ambitious plans to modernise the country, including embarking on major infrastructure projects, developing new industries, and establishing a national education system. The modernisation plans also included a ban on the wearing of traditional Islamic clothing. Men were forced to abandon their traditional clothing and wear modern European style suits, and women were forbidden to wear Islamic coverings and veils when leaving their homes. Portraits from this period are clearly distinguishable due to these changes in clothing. 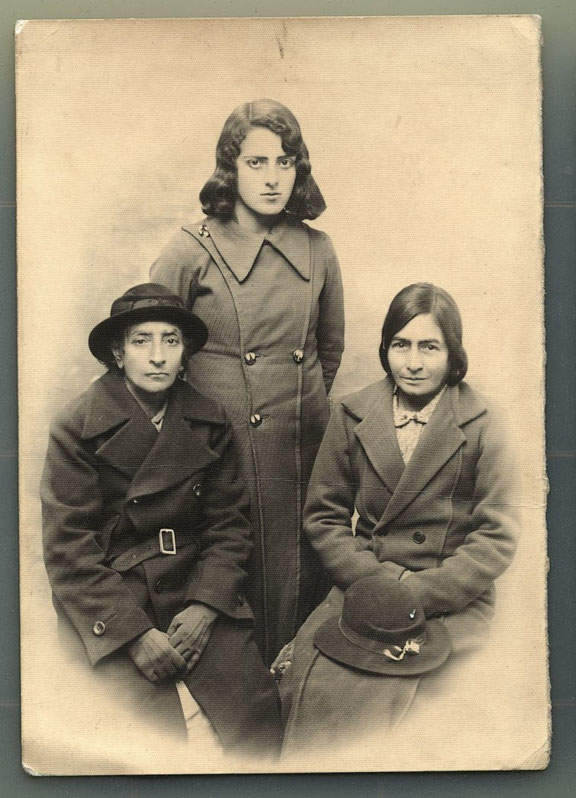 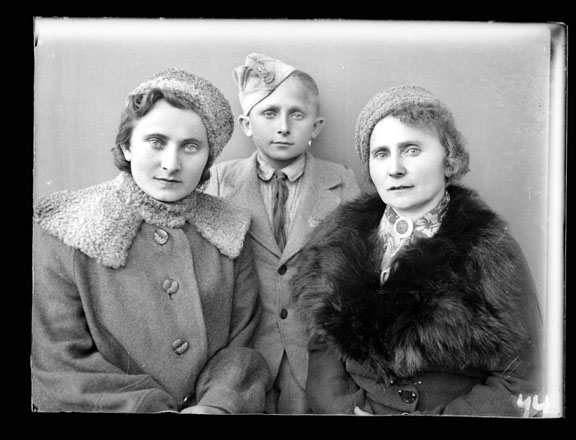 The project also digitised a small selection of Abolghasem Jala’s portraits of Polish refugees in Iran. After the invasion of Poland during the Second World War by both the Germans and the Russians in 1939, many Poles were sent to prison camps within the Soviet Union where they remained until after Operation Barbarossa in 1941. The surprise German attack on the Soviet Union and the need for new Soviet allies, led to a reversal in the treatment of Soviet held Polish prisoners of war. The Soviets freed tens of thousands of Poles, granting many of them ‘amnesty’ to form a Polish army which would help fight the Nazis. This ‘army’ (known as the Anders’ Army) were then sent along with many thousands of Polish refugees to Iran, Iraq, and Palestine.  It is thought that between 114,000 and 300,000 Poles were sent to Iran during this period.

These portraits taken by Abolghasem Jala, between 1942-1944, show some of the Polish refugees that migrated to Iran. During this period Abolghasem took thousands of photographs of these refugees at his Sharq photographic studio in Isfahan. 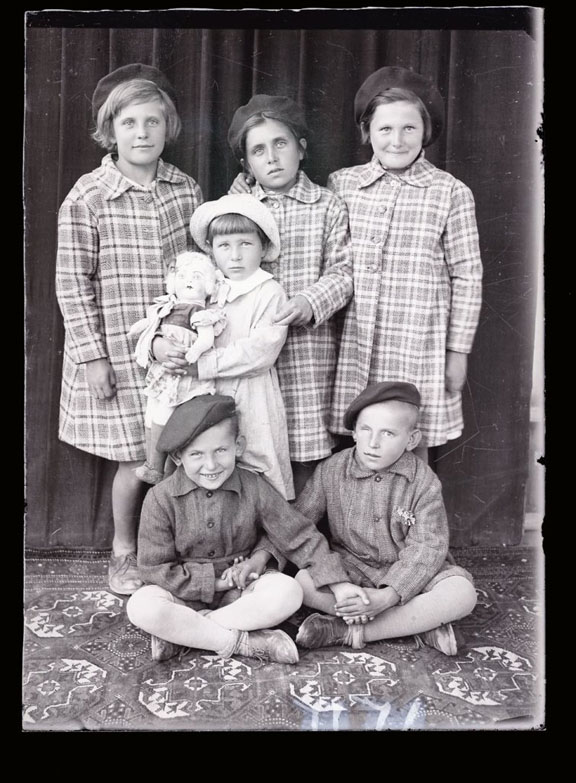 If you can find a copy it is well worth checking out Parisa Damandan’s book, Portrait Photographs from Isfahan: Faces in Transition, 1920-1950. Parisa was a co-applicant for EAP001, and her book features a number of photographs from this collection as well as many more fantastic portraits and also includes an essay documenting the history of photography in Iran and the Isfahan region. Parisa also has another book worth finding which focuses on Polish refugee children in Isfahan, The Children of Esfahan: Polish Refugees in Iran: Portrait Photographs of Abolqasem Jala, 1942-1945.

Finally, I’ve selected a few photos below that have caught my eye and thought were worth sharing. EAP001 is full of great images however so please click on the link below and have a look for yourself 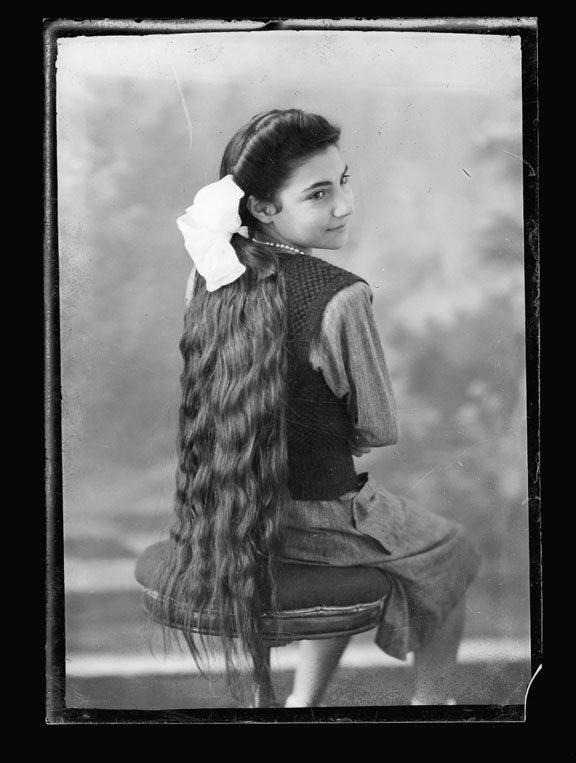 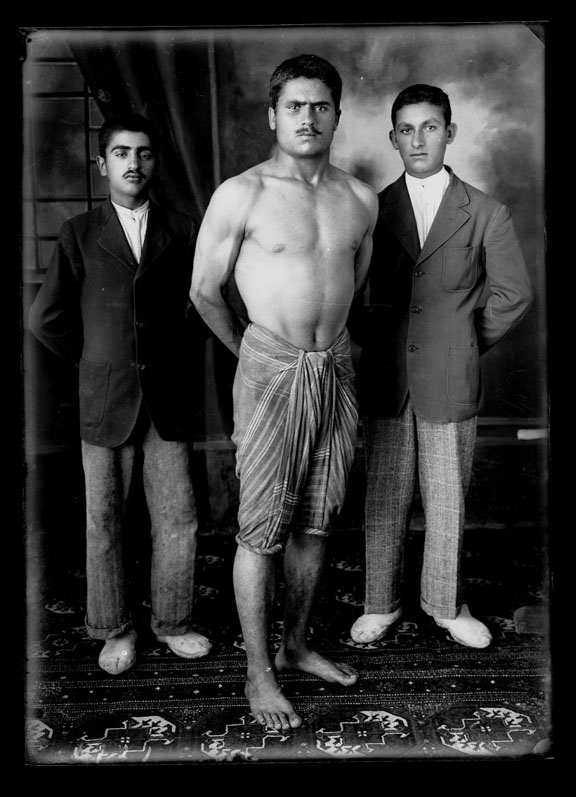 Posted by Endangered Archives at 4:11 PM

The Gentleman with the water pipe (EAP001/6/1) is Constitutional Revolution Hero, Sattar Khan.

Many thanks Reza for identifying the photograph. We will update the catalogue with your info.