This blog covers the remaining four new projects which are now available to view online, these are EAP285, EAP618, EAP110 and EAP211.

In Bulgaria, many different materials dating from the beginning of the twentieth century can be found which reflect the life of nomadic and settled communities of Gypsies in the pre-industrial period in their first attempts for empowerment and their struggle for equality.

The project completed the collection and digitisation of material located in Bulgaria by the pilot project.

Photographs were collected from the 1940s through to the 1980s reflecting the life of Roma in Sofia Roma quarters. The Members of Roma students organisation collected from different places photographs and documents, most interesting among them is a certificate of gratitude to a Roma, who died as a soldier in the (Bulkan Wars) 1912-1913. The members of the Roma students organisation also introduced the project team to an old lady from the Gypsy quarter of Montana, who donated her family’s unique collection of oral histories, which included a description of the creation and history of the Roma quarter in the town of Montana, everyday life, customs and holidays of Roma living there as well as some short folklore genres (proverbs and humorous narratives). Nikola Ivanov, a Roma from a group of nomadic Gypsies, donated to the project his collection of old Romani fairy-tales and ballads.

One of the achievements of the project was the digitisation of Dimitar Golemanov’s collection, which included letters, written songs and fairy tales. Dimiter Golemanov was a famous Roma activist and intellectual during the time of the communist regime and these materials reflected his poetical and musical work as well as his international contacts with Roma intellectuals and activists. Documents were also found on the pioneering linguistic work of one of the most important Bulgarian Roma Romani studies scholars, Donald Kenrick. Very interesting material was collected from old nomadic Gypsies from the Kardarasha group, who remembered the time of active nomadism. 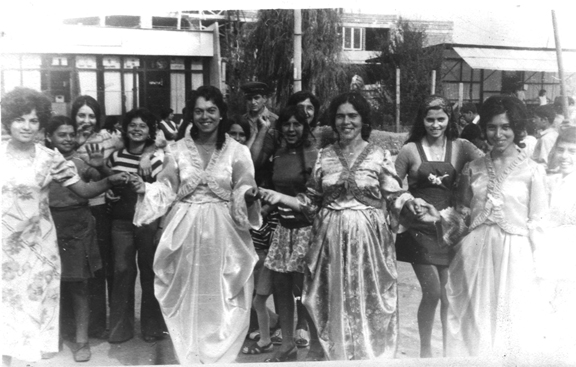 EAP618 digitised 5,564 photographs and negatives of ethnographic and historical objects, reflecting pre-industrial Bulgarian history and culture. The scholarly archive of the Institute of Ethnology and Folklore Studies with Ethnographic Museum is the oldest collection of Bulgarian pre-industrial and early modern traditional culture. This rich and unique ethnographic archive consists of several collections of written documents as well as some fascinating photograph collections which illustrate elements of traditional spiritual culture: ritual masks, agricultural and horticultural activities, calendar customs, folk costumes and traditional architecture. 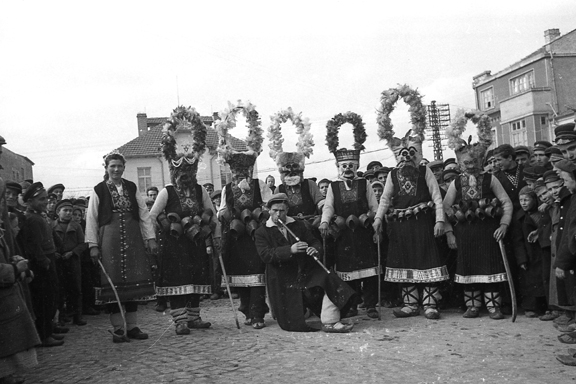 EAP110 is a continuation of the EAP005 pilot project, which looked at the records held at the National Archives of Tuvalu. Tuvalu consists of nine islands in the southwest Pacific Ocean and achieved independence from Great Britain in 1978. Vital documentation of the cultural and political heritage of Tuvalu is held in an intermittently air-conditioned room. The archives are endangered through the risk of being washed away in a cyclone-prone area. There is a regular danger of archives being saturated and damaged by tidal surges, especially during the cyclone season. Some material such as Births, Deaths and Marriage registers, Lands records, records of its local colonial administration and newspapers are in particularly poor condition through heavy usage.

The pilot project surveyed the Tuvalu National Archives holdings, assessing the extent of work required to prepare important series for preservation. In addition it also discovered the existence of manuscripts, genealogies, photographs and other records of Tuvaluan society in private hands.

EAP110 carried out the digitisation of this material, producing over 70,000 images comprising of over 1,276 documents. These are now available to view online. EAP211 digitised Cirebon manuscripts. Cirebon was one of the important Islamic Sultanates in Java, together with Demak and Banten, and had been a centre for Islamic learning and the dissemination of Islamic teachings in West Java. Cirebon was also considered to be one of the cultural centres in the Indonesian archipelago, which can be seen in its manuscripts.

These Cirebon manuscripts contribute towards the understanding of Islamic intellectual and cultural heritages, and will help to reconstruct how Islam spread in West Java in the period of the 15th century to the first half of the 20th century. According to the latest survey, Cirebon manuscripts are mostly damaged because of inappropriate treatment and natural causes. Others were neglected due to a lack of knowledge about the storage and handling of manuscripts.

Up to now, these manuscripts have not been explored and studied by either local or foreign scholars and there is no published catalogue of them. They include Qur'an and religious manuscripts, the story of puppet shadow (wayang), genealogy of Cirebon sultans, traditional healings, literatures, Cirebon traditional chronicles, Javanese Islamic mysticism written as poetry (Suluk), divining manuals, and manuscripts of talismans. The majority of them are in a fragile condition. This project covered the whole area of the former Cirebon Sultanate (including Kasepuhan, Kanoman, Kacirebonan, and Kaprabon), Pengguron and Sanggar,

The project succeeded in digitising 176 manuscripts creating 17,361 images. These are now available to view online. 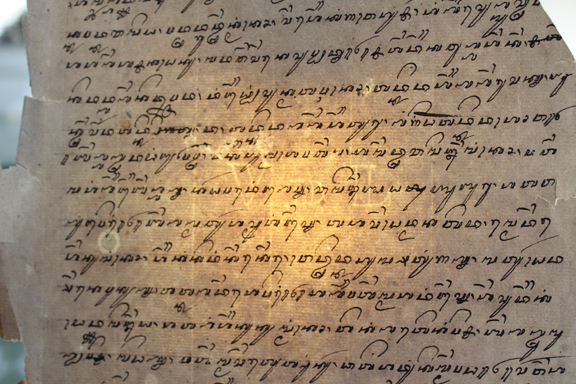