This month three projects have gone up online. EAP031, EAP039 and EAP286. EAP031 and EAP039 both digitised Buddhist manuscripts, the first from Mongolia and the latter from Bhutan. EAP286 digitised a collection of manuscripts from Ethiopia.

EAP031 digitised the private collection of Danzan Ravjaa. Ravjaa was the 5th incarnation in the lineage of the Gobi Noyons, whose monastery was at the centre of a political and artistic renaissance located at the crossroads of Tibet, Mongolia and China during the 19th century. These Buddhist manuscripts have recently been unearthed from caves in the Outer Mongolian province of Dorngobi. During the communist regime Buddhism was suppressed and in 1938 the manuscripts were hidden for their protection. The location of these records, as well as other records from the local monastery, was passed down through the generations of monastery gatekeepers.

The project created over 40,000 images. This includes all of the manuscripts found in the collection that were authored by Ravjaa himself. These constituted the heart of the collection and consisted of manuscripts in both classic Mongolian and Tibetan. Subject matter ranged from poetry, astrology, medicine, plays (original manuscripts of the Moon Cuckoo operetta) and sadhanas (including some of Ravjaa’s ‘pure visions’ centring on the figure of Guru Rinpoche and his two consorts Yeshe Tsogyal and Lady Mandarava). This material will help scholars and researchers open up new areas in the field of Tibetan and Mongol studies.

EAP039 successfully digitised the entire collection of manuscripts at Gangtey monastery in Bhutan. Gangtey Gonpa, founded by Gyalse Pema Thinley (the grandson of the famous Bhutanese saint Pema Lingpa), houses an enormous manuscript collection. This includes a set of the 100-volume bKa’ ’gyur, two sets of the 46-volume rNying ma rGyud ’bum, the world’s largest Astasahasrikaprajñaparamita, and about a hundred miscellaneous titles. The collection, mostly written in the 17th century as a funerary tribute to the founder of Gangtey, holds a unique textual, artistic and historical value of immense religious significance. 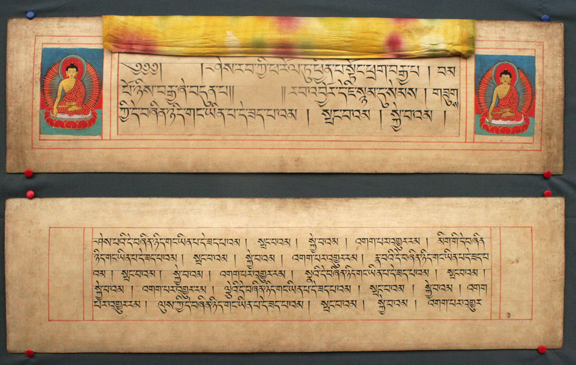 EAP286 digitised archives held at the Institute of Ethiopian Studies (IES). The IES is the major custodian of cultural and historical antiquities in Ethiopia. Manuscripts in the collection have come from government offices, monasteries, churches, mosques, public libraries, and private collections.

One of the largest parts of the collection is made up of Ge'ez manuscripts representing the history and literature of the Ethiopian Orthodox Church. Numbering more than 1,500 items, these manuscripts cover a wide range of genres: bibles, liturgies, histories, theologies, grammars, and magic scrolls produced by the Church. 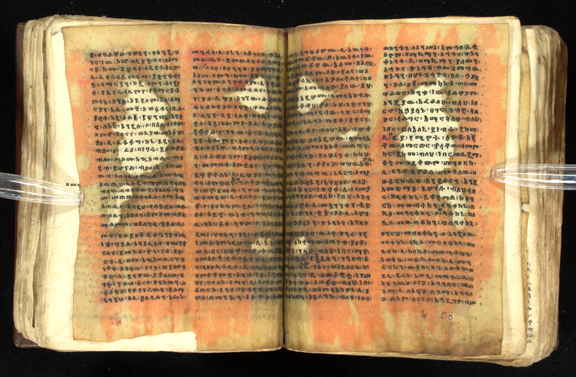