31st July is Uncommon Musical Instrument Awareness Day and so I thought it would give me an excuse to delve into the EAP collections to see what I could find and yet again the rare photographic negatives from Mongolia (EAP264) came up trumps with a whole series dedicated to folk instruments taken during the 1930s to 1950s (EAP264/1/1/8).

The instrument most commonly associated with Mongolia is the morin khuur, a spiked fiddle with trapezoid base but most importantly with a horse’s head carved at the top of the peg box – the translation of morin khuur meaning horse’s fiddle. The instrument was traditionally played only by men, the instrument being passed down the family line through the eldest son. Khalkha Mongolians have a proverb that a household with a horse-head fiddle is a full home whilst one without is a widow’s dwelling.

Typically, the instrument accompanies the ‘long song’. As the name implies, these songs last for a lengthy amount of time but the name also refers to the fact that each syllable has an extended duration. The illustration below shows a morin khuur player accompanying a singer. 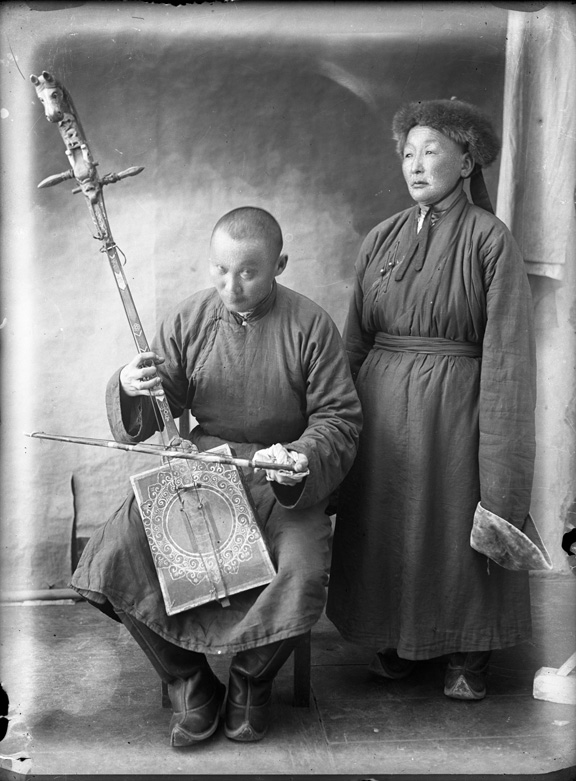 Traditionally, the sounding box was covered in hide made from suckling sheep, goat or camel  producing a soft tone appropriate for the intimate surroundings of a ger (yurt). However, during the Soviet years (when these photographs were taken) the instrument was also turned into one played in the theatre and, to make it louder, the sounding box was made from wood.

This close up of a morin khuur peg box shows the horse head with a carving of a dragon directly beneath which is quite common. However what is rather unusual is that in this example, a second and much smaller horse’s head can be seen towards the back. 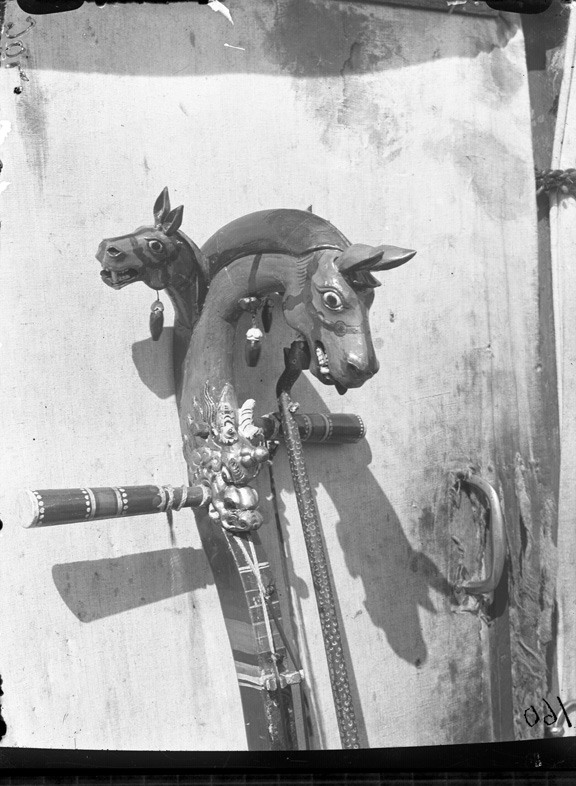 This photograph of a group of musicians shows two morin khuur players with two huuchir players seated either side. One huuchir has a plain peg box, whilst the other has a carving of a horse’s head. 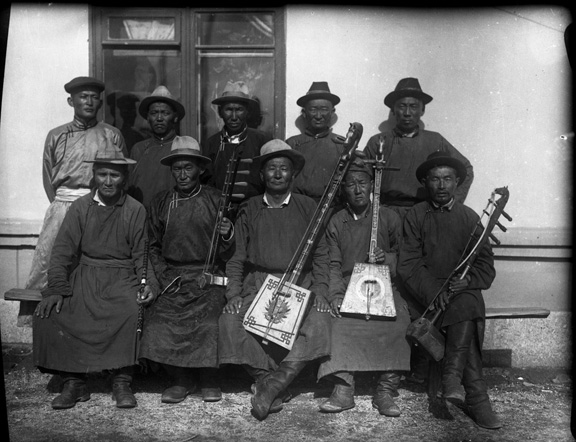 These instruments are quite common throughout the Gobi region and unlike the morin khuur which has just two strings, the huuchir has four. It has a smaller sound box, either cylindrical, octagonal or hexagonal, with a fretless neck and a metal ring that can be adjusted along the neck to adjust the pitch, which can just be made out in the photograph below. 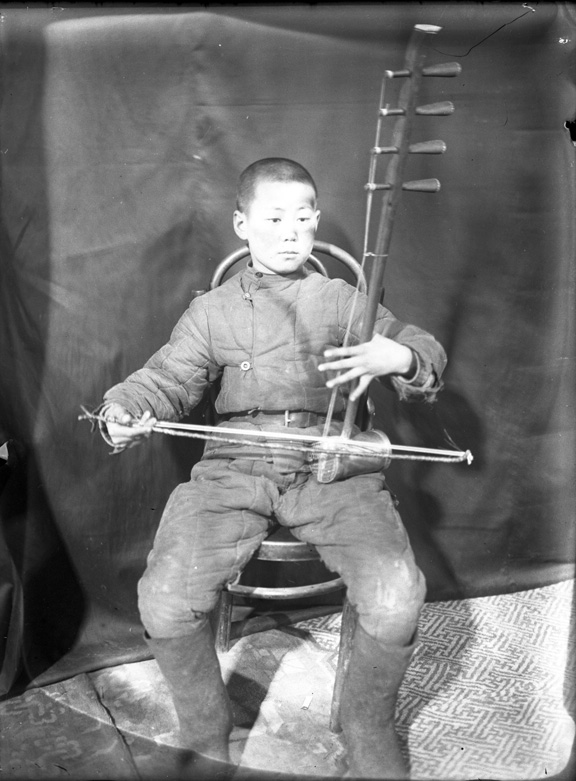 The name huuchir is very similar to the Chinese word for the same family of instruments ‘huqin’ (胡琴). Hu (胡) is the generic term for people living to the north or west of China’s borders and implies that the instrument was introduced to China from the Steppes.

Do have a look at the rest of the photographs as there are many more musical instruments to be discovered. 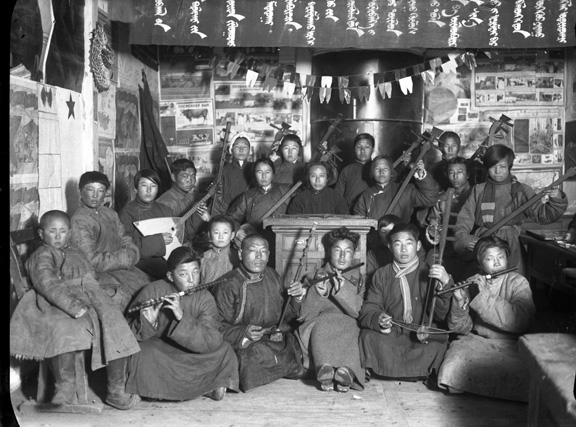 Posted by Endangered Archives at 1:00 AM

Thank you for this post. Great images. I would love to hear any of the recordings in the archive. Just for info the first image is back to front. The name Morin Khuur roughly means Horse Fiddle, horse head fiddle would be moriny tolgoitoi kuur (fiddle with a horses head). Many of them did not have a horses head. Peter Marsh's informative book."The Horse-head Fiddle and the Cosmopolitan Reimagination of Tradition in Mongolia" is a good one to explain about this.
The other instrument is a Dorvon Chikhtei Khuur (four eared fiddle), whic has fout strings as opposed to the khuuchir's two.