This month two projects have gone online, EAP352 and EAP764.

The first of these projects is EAP352. The project digitised Arabic and Jawi (Arabic Malay) manuscripts that come from two regions in Indonesia - Western Sumatra (Minangkabau region) and Jambi. The 11 collections held in private hands contain manuscripts from two Sufi brotherhoods: Shattariyah and Naqshbandiyah.

The texts include treatises on the peculiarities of regional Islam such as the history of local religious traditions, hagiographical works and documents on the Naqshbandiyah and Shattariyah mystical conceptions written by local Shaikh’s. They also contain unique examples of calligraphy, illumination and bookbinding. The manuscripts describing Suluk mystical ritual are particularly noteworthy, as the ritual is practiced only in the remote corners of Sumatra and is considered to be unpopular among younger generations of Muslims. They contain interesting examples of al-Qur’an and works on traditional medicine in Jambi. 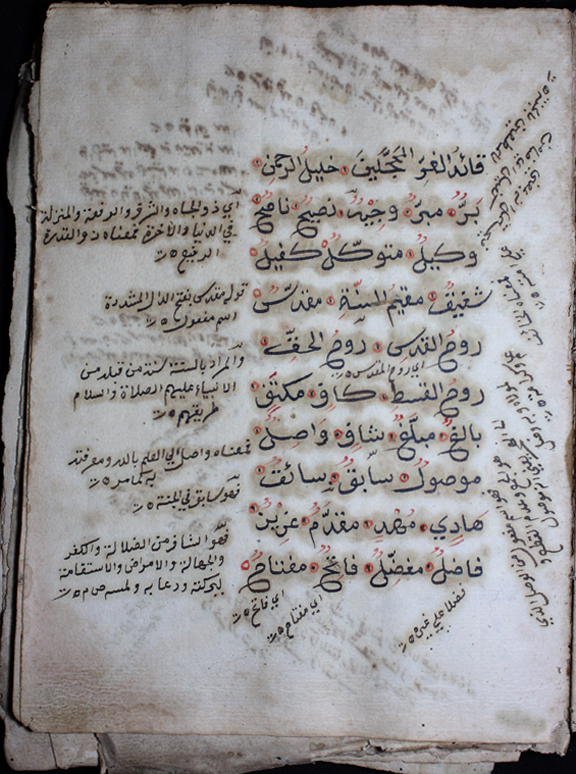 The second project is EAP764, a pilot project which surveyed documentary material located in the archive of the Prefecture of Bandiagara (Mali). This was undertaken in order to preserve collections of historical and anthropological relevance from the early decades of French colonialism. The archival material falls within the wide area of the Cercle, an administrative unit introduced in 1903 by the French, which came to encompass a territory reaching up to Burkina Faso. Bandiagara is still the capital of the Dogon country, an area of extraordinary cultural interest and is included in the UNESCO World Heritage list. Since the region is rich with oral traditions and has few written records, such documents, written in French by the colonial administrators, represent valuable and unique evidence of a historical period which has been little investigated. The collections identified will be of great interest for researchers looking at the history, law, religion, anthropology, politics, demography and economy of the region.

The project was successful in identifying the most endangered and precious collections dating back to the early decades of the 20th century. A sample of these collections was digitised and is now available to view online.