The African Photography Initiatives has just completed its two years project (EAP542) to partially digitise and conserve the archive collection of the Photographic Information Service in Buea, Cameroon. The collection contains images documenting “all the official ceremonies and things of general interest”(1) taking place in the Anglophone part of Cameroon between 1955 and 1980. 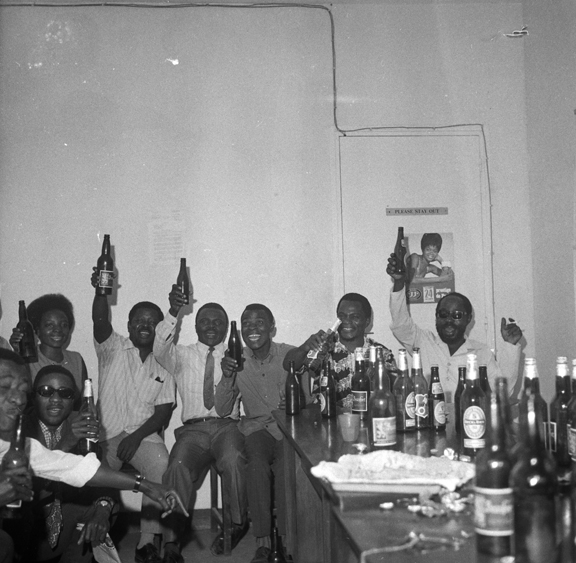 During the course of the project approximately 4,000 groundsheet dossiers (14,000 individual pages) and 26,152 negatives covering some 35 years of Anglophone Cameroon’s history were digitised and a database established. 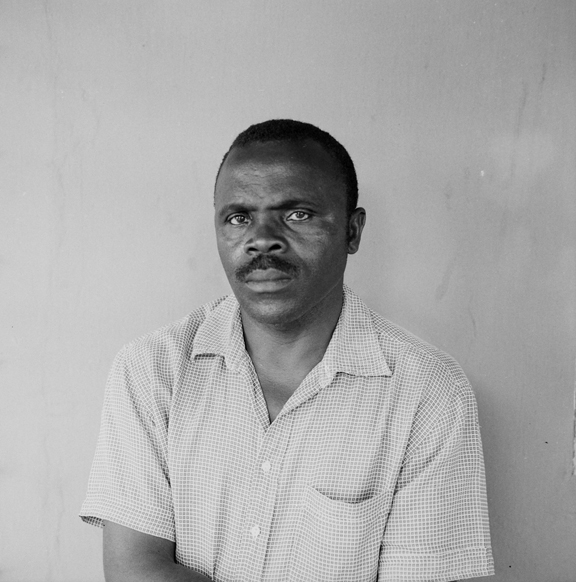 If we wanted to give a face and a name, which is closely connected to this collection, we would immediately refer to the photographer Emmanuel M. Mbwaye (b. Bokwango 1928), the Photographic Information Service’s first photographer. Even though he retired 30 years ago, he retains very strong links with the collection and supports any initiative which helps to sustain this important visual heritage. 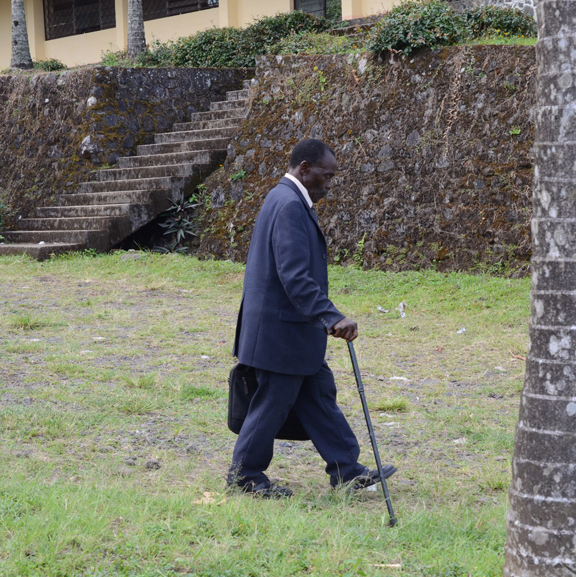 Emmanuel M. Mbwaye on his way to the South West Regional Delegation of Communication, 2013. © Rosario Mazuela

He learned photography from the Colonial Films Unit CDC (Cameroon Development Corporation) in the early 1950s. In 1964, he received a British council scholarship to study photography at Blackpool Technical College Young School of Arts, England. During that period he worked with the Information Service London and the Daily Mirror newspaper. In 1977, he received another scholarship to study in Italy where he did colour photography and television at Naples’ Channel 21. In the course of his professional career he trained many photographers and, as he said, “I’m satisfied that my knowledge has been passed to younger generations” (2). He was Head of the Photographic Section during the first part of his career and later became responsible for the Information Service’s Cinematographic Section. 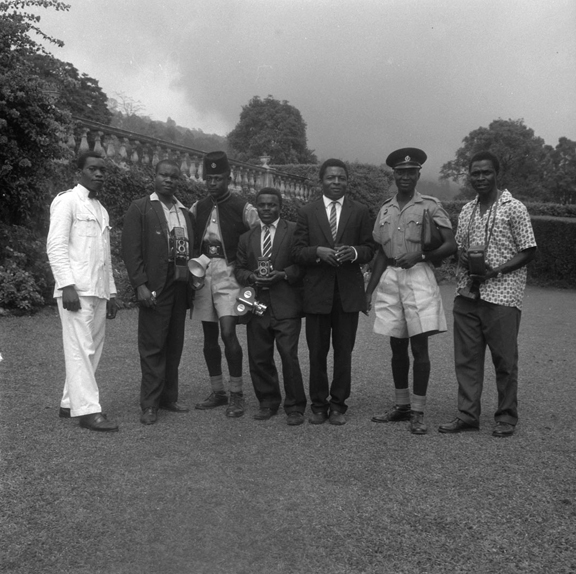 A fervent advocate of the rights of the Bakweri people, Buea’s autochthon population, he tenaciously initiated and supported a great number of projects for the welfare of his community. Promoting health and education was most important to him. Together with Mrs. Ann Cross he created the first Buea Health Centre at Bokwango, organized baby shows (to reduce infant mortality), literacy campaigns, and, last but not least, acted as a referee for the Fako (the region of which Buea is the centre) wrestling competitions. “He not only loved development”, said Chief Litumbe George about Pa Mbwaye, “he was also very clear about human rights”. Against this backdrop, the creation of the Fako Division Tourism Board in the 1960s, which focused on the touristic development of Limbe and Foumban as well as the function of Chairman he exercised for many years, was only the next logical step. 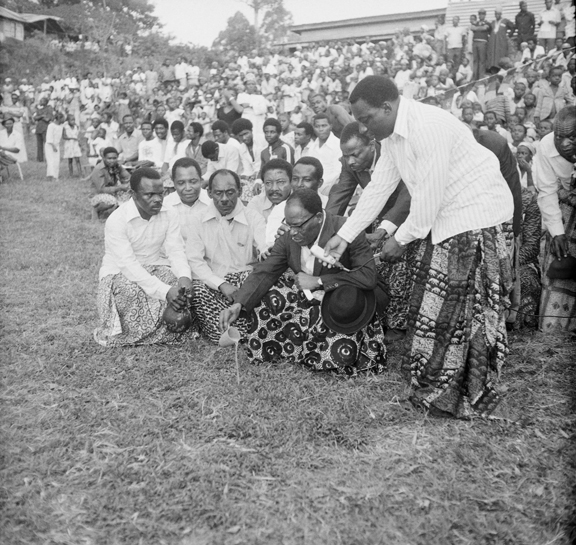 In this post we want to present some pictures from the EAP542 collection which show the wide spectrum of Pa Mbwaye’s interests and activities. As much as he loved to be the man behind the camera he enjoyed his role in the limelight of social recognition, which he well deserved. Often, he, himself, was the “event to cover”. 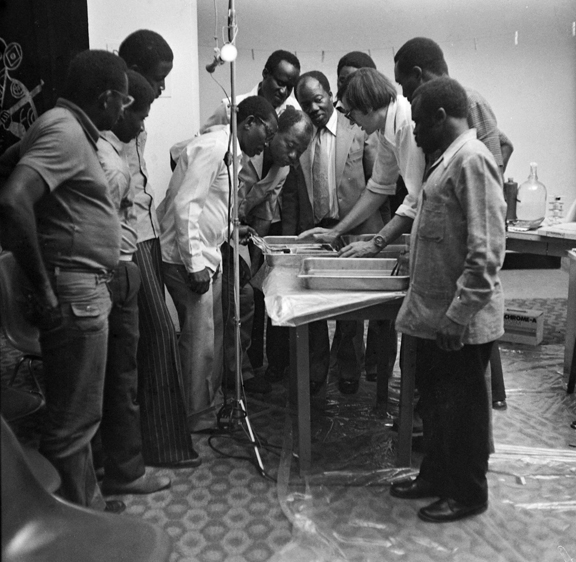 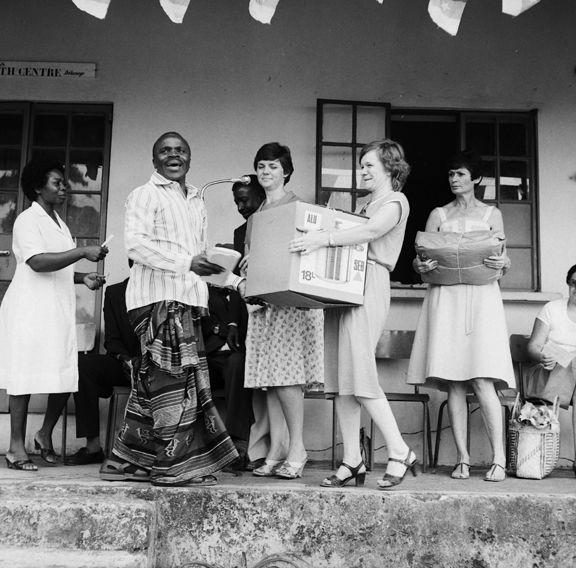 Visit of the International Women Club Douala and presentation of gifts to the Ann Cross Health Centre Bokwango, 1983. © MINCOM Cameroun 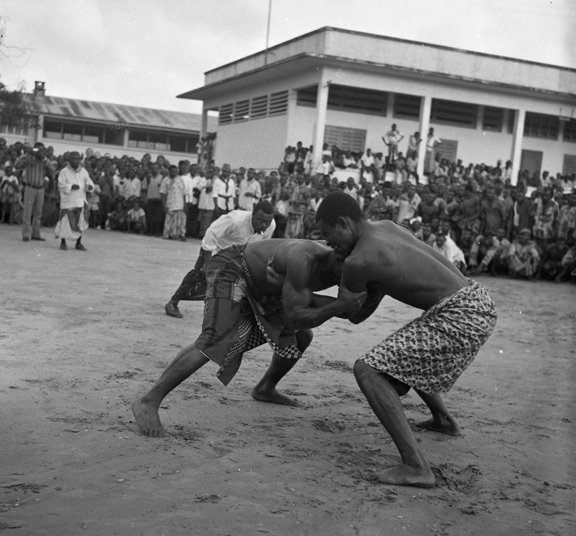 These images are only a few examples of many more which the South West Regional Delegation of Communication keeps in its treasure chest, the Buea Press Photo Archives.

It is hoped that EAP will receive the appropriate permissions so that we can make this material available online.

Posted by Endangered Archives at 10:56 AM