Dr Nikolay Tsyrempilov from Buryat State University is currently locating and digitising Buddhist texts as part of EAP813. This is his account of a trip he took to try and find some manuscripts. 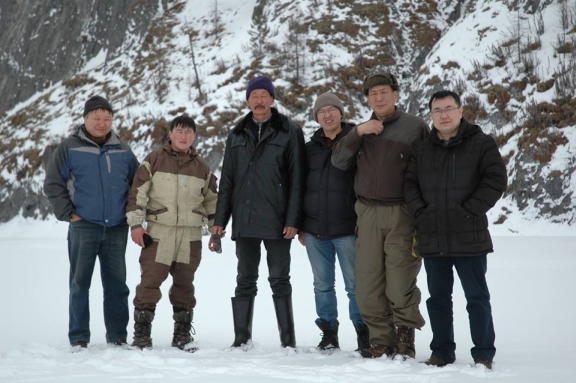 Members of the expedition crew

Last month we got information from a reliable source that in the western mountainous part of Buryatia, in a hard-to-reach area, a collection of rare Mongolian and Tibetan manuscripts had been detected. We organised an expedition to that area. Oka district of the Republic of Buryatia in the East Sayan range is home to a small group of people called Soyots who are hunters as well as yak and reindeer breeders.

Our destination was a remote Soyot place named Khonishon which is accessible only in March. There is no road to Khonishon and we had to drive on the icy surface of rivers – Yakshob, Bolshaya Belaya and others. During wintertime the rivers are under thick cover of snow whereas in summertime one has to go for a few days on horseback to reach the place. We were told that the manuscripts were hidden inside a pyramid made of stones on top of Khonishon hill. To reach Oka district we had to cover 700km from Ulan-Ude. 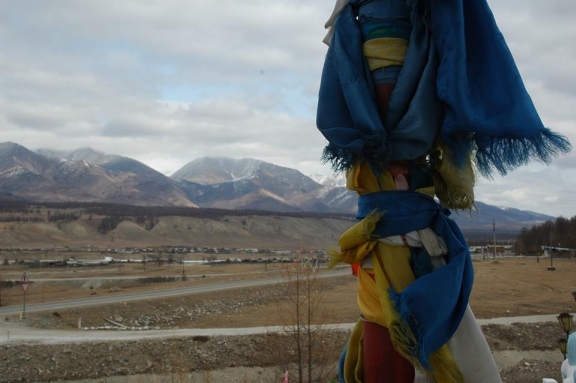 Having reached Orlik settlement, an administrative centre of Oka district, we met Bair Sharastepanov, the principal of a local school, who rendered every kind of assistance to us and joined us in our trip to Khonishon. Our guide was a local Soyot Badma Kharluevich. Next day we took the school’s expedition vehicle and with blessings from the local lama set out to Khonishon. 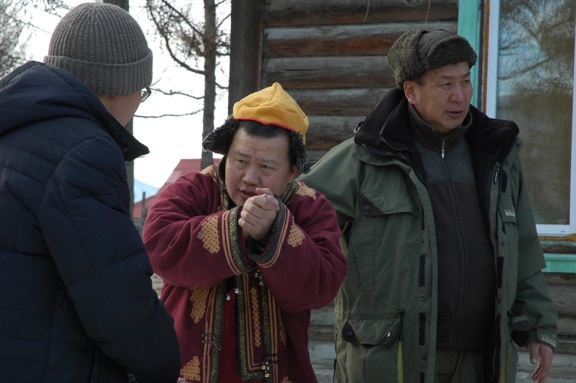 The abbot of the local Buddhist monastery, a Mongol from Khubsugul aimak wishes the members of the expedition good luck and safe return. The road to Khonishon is considered dangerous not so much because of the landscape peculiarities as due to the might of local spirits.

It took a whole day of dangerous driving before we reached our destination. 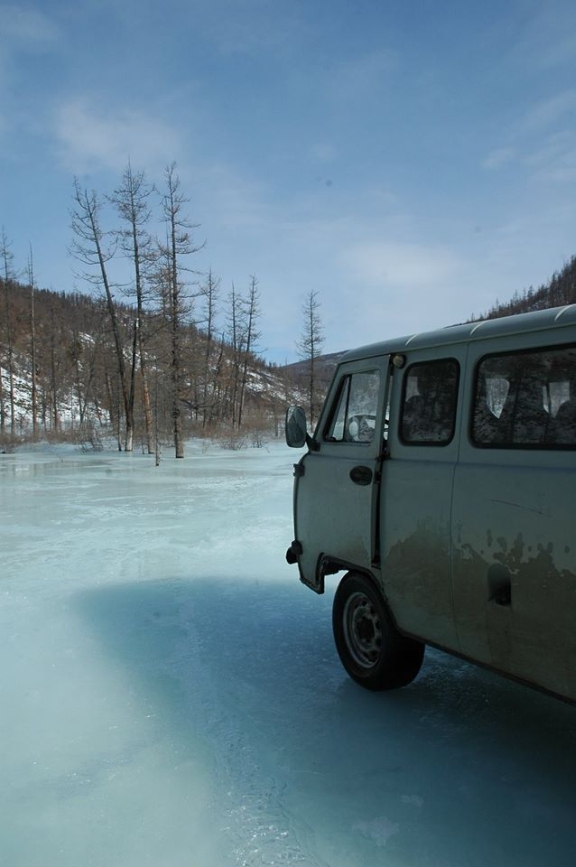 During March the rivers in the mountains have no snow on the icy surface. The upper layers of ice are fragile which makes driving very unsafe.

On the way we visited a few Soyot shepherd camps, met a pack of wolves, saw a few yaks killed by them and enjoyed fascinating sceneries. On the top of the Khonishon hill we found the stone pyramid with a few Buddhist religious utensils inside. No Manuscripts! We surveyed the hill, searched every corner and small cave but with no result. As our guide confessed, local Soyots knew about the expedition as rumours somehow leaked out. They could have secretly removed the manuscripts and hidden them in other places. They were anxious and thought our plans had been to take the manuscripts away. This, they believed, would mean that their good fortune would leave them along with the books. 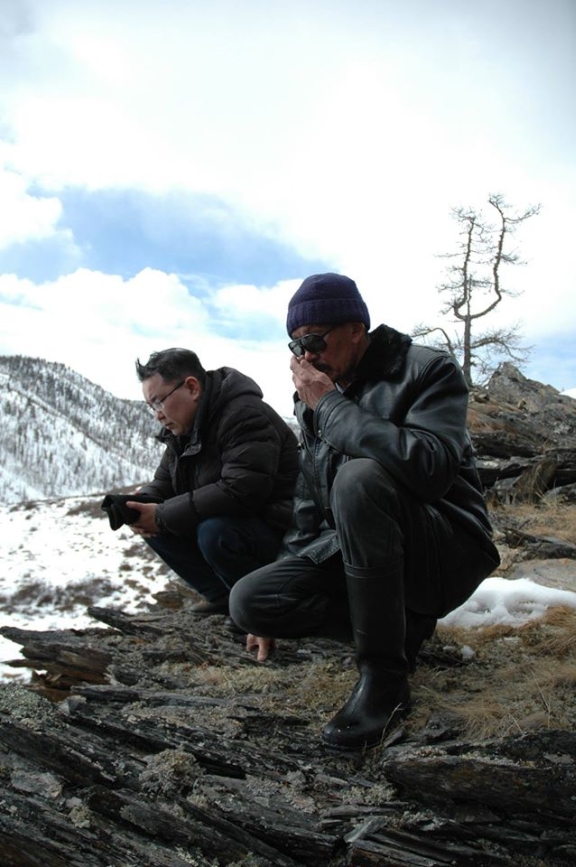 Alas! The expedition turned out to be a failure. But we don’t regret it. This beautiful and austere land is worth visiting. Just look at these pictures. 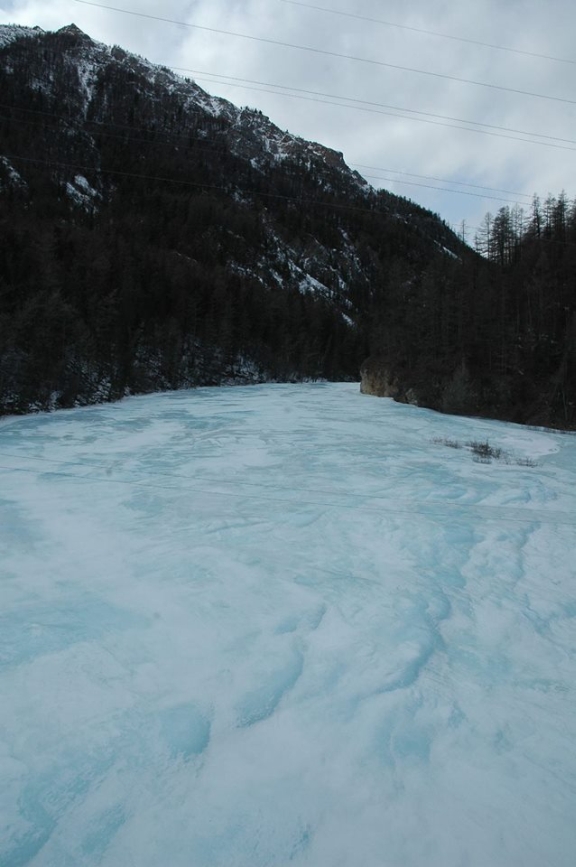 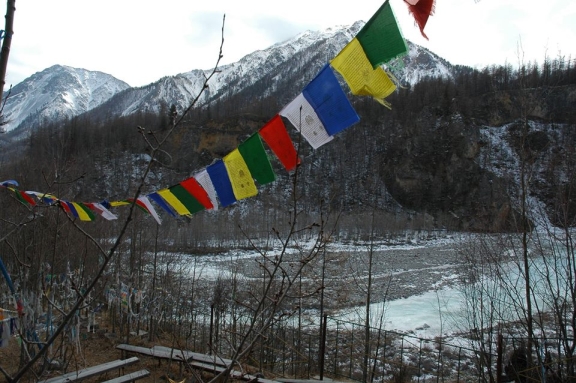 Buddhist prayer flags are usually exposed on the mountain passes 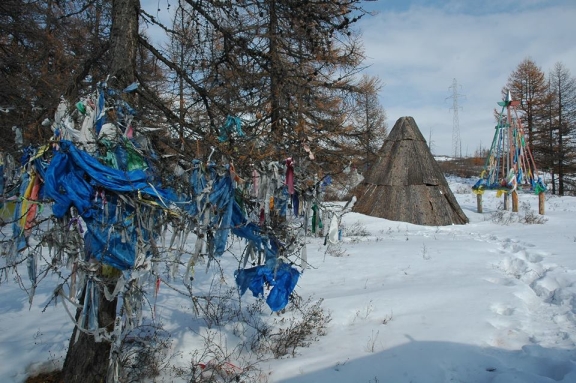 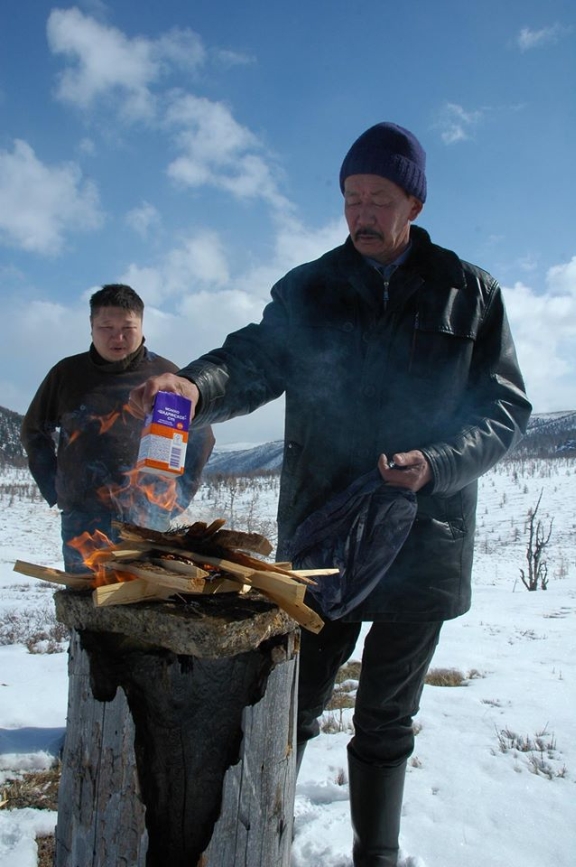 According to local customs it is mandatory to perform sacrifice rituals on the passes. Badma Kharluevich, our guide, is pouring milk on fire to propitiate spirits guarding this pass. 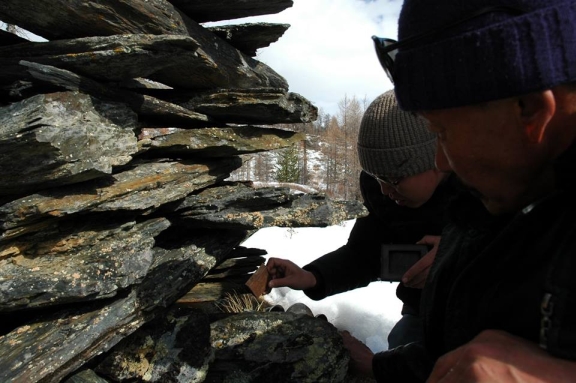 Our guide saw the books inside this pyramid a few months ago. As he told us, they were kept here from 1930s 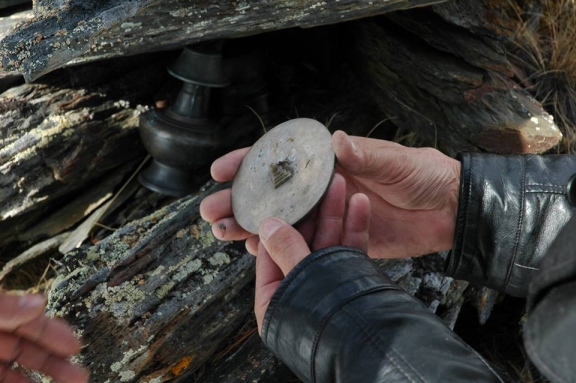 We have found only a Bumpa, or a ritual copper vessel and a mandala, or a ceremonial model of the universe. 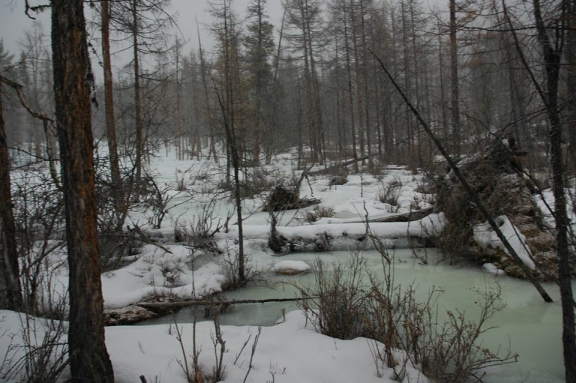 The weather is getting worse 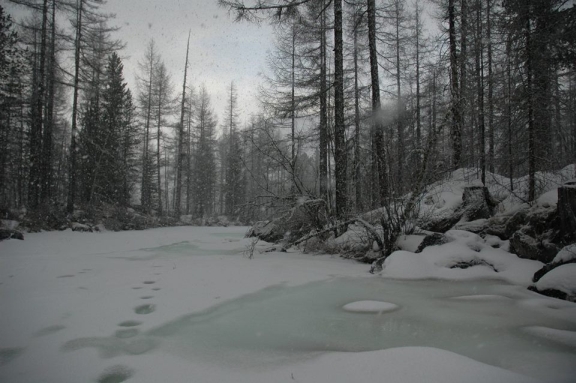 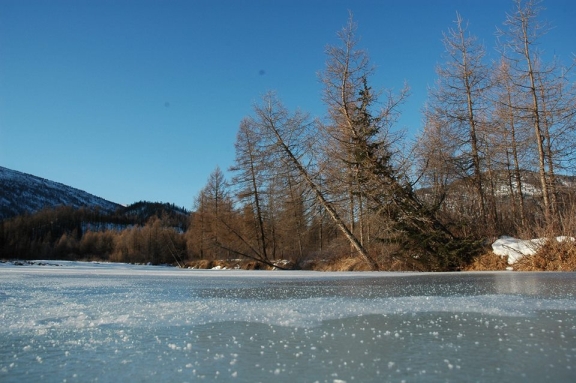 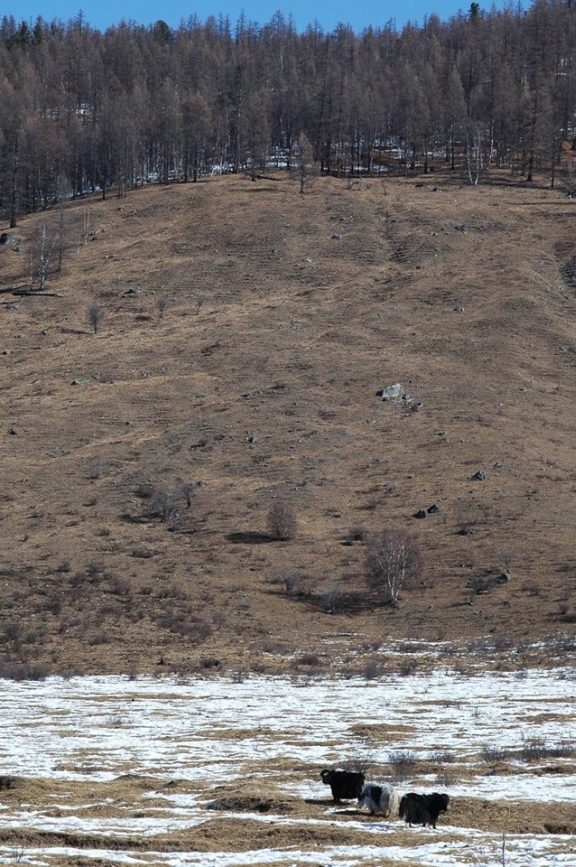 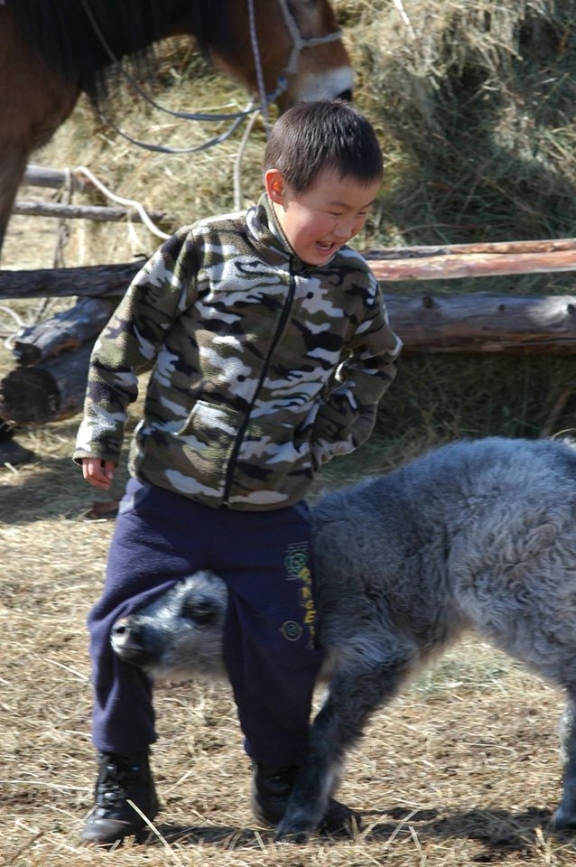 A child with a yak calf 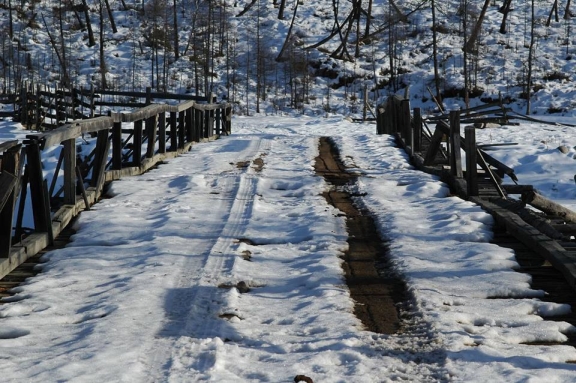 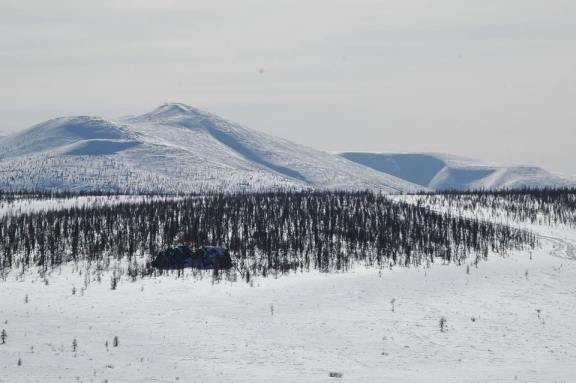 The austere land of Oka

Posted by Endangered Archives at 10:51 AM