This project, digitising vulnerable documents relating to Tamil agrarian history, is a continuation of the earlier projects carried out in the same region – EAP314 and EAP458.  The project aimed to enhance the work already accomplished by visiting some of the locations identified in these earlier projects, as well as new locations, and digitising a variety of vulnerable documents held in private homes in Tamil Nadu.  36 new collections were digitised, bringing the total number, including those from previous projects, up to 74 collections in total. The sizes of the 36 new collections digitised vary from one single document to over a 300 documents per collection. The 36 collections comprise 135 different series which cover a wide variety of genres and topics such as: folk songs, poems, hymns, horoscopes, astrology, sorcery, nikantu, tamil lexicon, medicine, harvest accounts, land lease, land settlements, land partition, land dispute, land record, tax and temple accounts. judgements from the colonial courts and local judicial assemblies, petitions over land dispute, sale, punishment for communication with excommunicated persons, marriage agreement and caste integrity, compensation to families after self-immolation of widows, security rights (kaval), right to access water for agriculture from the lake, dowry details, business communications and accounts with Burma, film pamphlets. 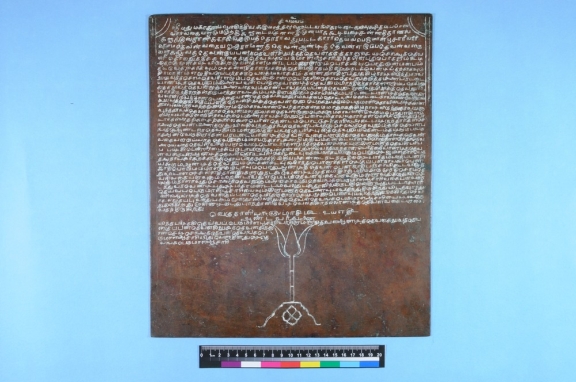 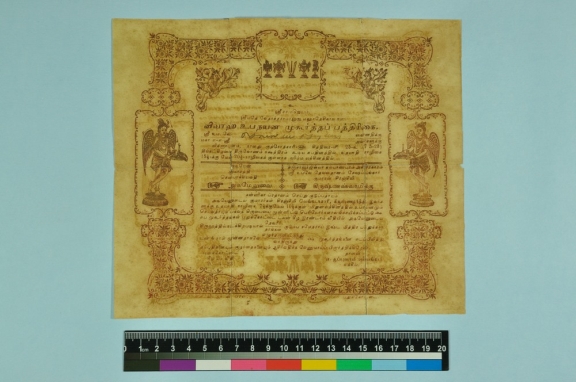 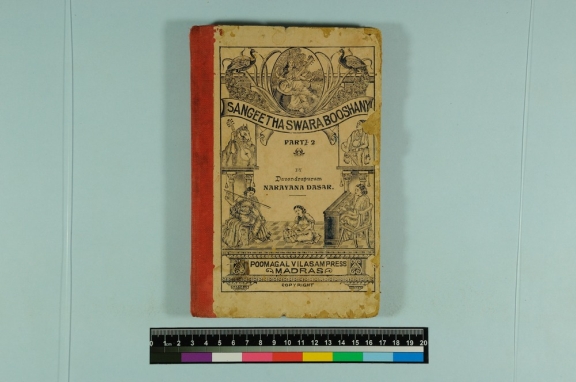 The central aim of this pilot project was to digitise, preserve and disseminate the rare French manuscripts and other documents kept in the Jaffna Bishop’s House in Sri Lanka. These manuscripts are becoming more and more vulnerable to human and natural disasters and merit urgent digitisation for posterity. Jaffna, in the northern part Sri Lanka, inhabited by the Tamil ethnic minority since the independence of Sri Lanka (1948) has been subject to serious ethnic, cultural and political conflicts. One of the most tragic events was the burning of the Jaffna Public library along with its 97,000 volumes of books and manuscripts on 1 June 1981. The Jaffna public library was considered one of the biggest in Asia.

This collection of manuscripts has escaped the bombings and shelling of past decades. They have been stored in wooden cupboards in a reinforced room of the Bishop’s House adjoining the Cathedral, in a strategically sensitive district of Jaffna City. They are, however, highly vulnerable due to their age and their current condition of poor storage, insect infestations, occasional human mishandling, humidity and other natural and environmental disasters. Some of them are in such a fragile state that they are unable to be handled.

These manuscripts and documents are part of the collections of the Catholic mission in Sri Lanka and cover a wider geographical area including the Jaffna peninsula, Mannar, Puttalam and the Vanni regions. The majority of the manuscripts are in French. This makes the collection a rare and unique heritage and should shed new insights on the contribution of the French missions in this region. They contain a variety of information about the Diocese and the parish and the parishioners. They cover two periods: the second half of the 19th century with the commencement of the Missions; and the period before, during, and after the First World War, a period that is also of great historical importance because of its implications in the colonies. They pertain to two broad domains of the history of Christianity and Christian missions in Sri Lanka, and also the cultural history of ethnic minorities in general and with special reference to the Tamils.

The project digitised 58 files, creating a total of 16,944 digital images instead of the 7,000 that were originally planned. The files mostly consist of manuscripts dated from between 1850 and 1930. The project digitised a diverse collection of records such as memoirs of missionaries or codices; records detailing day to day life; observations on economic and social conditions; personal letters; account books giving detailed explanations of the income and expenses related to the missions, churches and cathedral, and daily accounts of the expenditures on different chapters like school, orphanage, and charity; catalogues of letters sent by missionaries; sermons and commentaries. 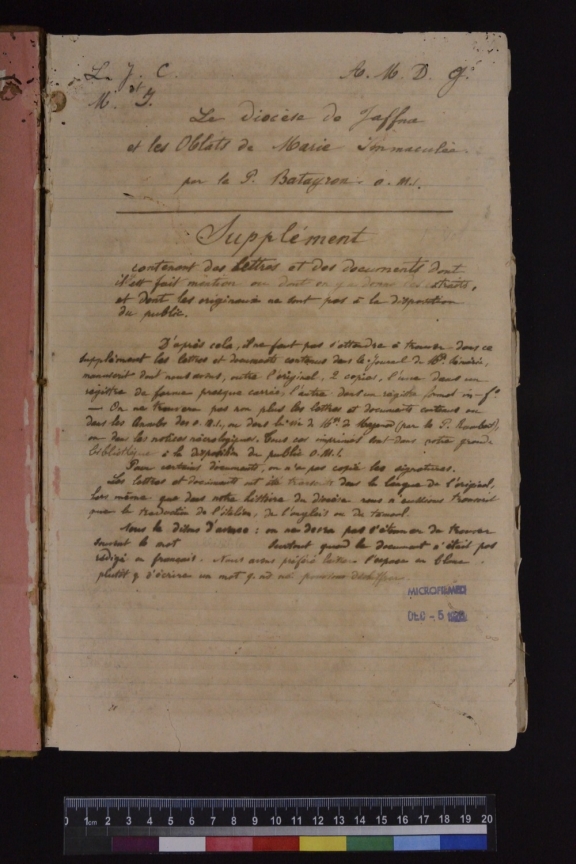 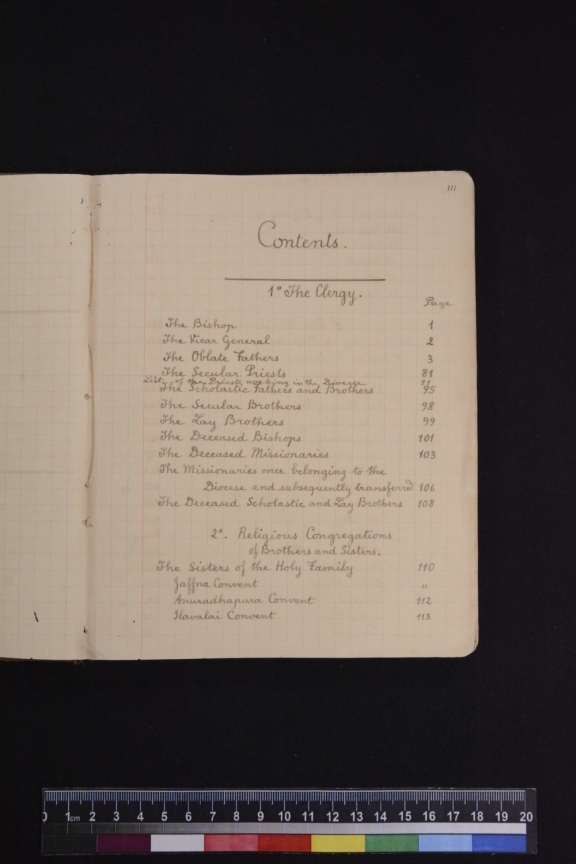 Amdo is a region located in the northeastern area of the Tibetan Plateau. Due to its geographical features of high mountain ranges and vast grasslands, fragmented and scattered institutions of local power have been the prevalent forms of the ruling agency, until its formal inclusion in the administrative system of People’s Republic of China in 1958. In this socio-historical context, Ngakpa have been playing a leading role in the religious life of Amdo Tibetan communities, embodying a sort of independent channel of transmission, alternative to monastic practice. Ngakpa are extremely knowledgeable bearers of the non-monastic tradition of Tibetan Buddhism and Bon religions. They mainly act as ritual masters for a number of different purposes and have a high level of expertise in Tibetan meditation practices, medicine, astronomy and traditional knowledge as a whole.

Despite the recent popularity of Ngakpa teachings in the Western world, their survival in the original context is threatened by the increasing marginalisation of their social role and the lack of potential students in the young generation, captivated by new opportunities offered by the Chinese fast-growing economy. The preservation of Ngakpa’s textual heritage is a factor of primary importance for ensuring the perpetuation of this ancient laic tradition of Tibetan Buddhism. This project was exclusively concerned with the preservation of the most endangered manuscripts of one specific group of Ngakpa in the Amdo region, those belonging to the Nyingmapa tradition, the most ancient school of Tibetan Buddhism.

A pilot survey was carried out by the local archival partner and it emerged that between 70 and 100 pecha (the traditional format of Tibetan books, made of long paper pages compressed between two wooden boards and bounded together with a string) of different lengths, privately-owned by thirty Ngakpa, were in very poor physical condition and situated in precarious locations, exposed to the damages of humidity, rats, use and age.

The manuscripts date from between the early 19th and the end of the 20th centuries. Several of them are unique copies that were rescued during the Cultural Revolution (1966-1976), when they were hidden in various provisional locations, wedged in wall fissures and buried underground. The topics covered by the texts are heterogeneous: rituals, medicine, history, astrology, astronomy, divination, hagiography, mantras, manuals for the construction of traditional ritual objects, such as mandala, stupa and torma (decorated and painted offerings made of barley flour and butter). 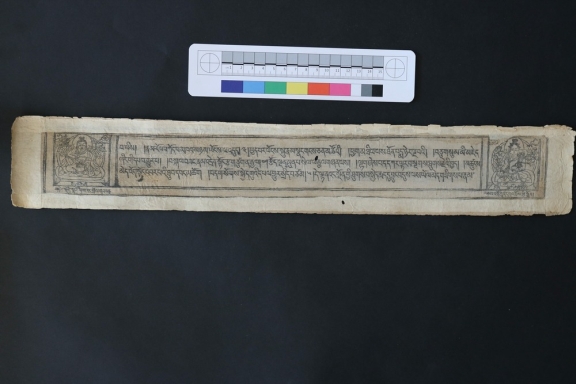 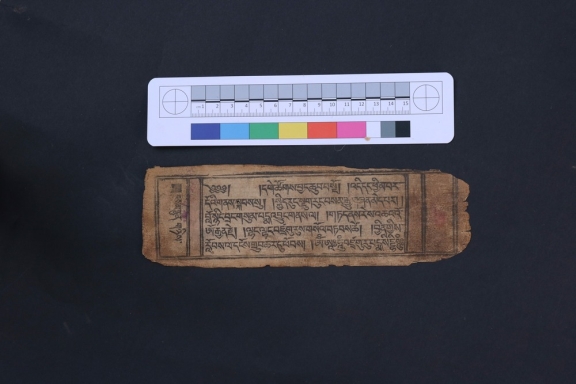 Posted by Endangered Archives at 12:31 PM