Mastering the manuscripts from Michoacán, Mexico

A contingent from LLILAS Benson Latin American Studies and Collections visited the capital city of Morelia in Michoacán, Mexico, last November to begin work on EAP931. The grant will fund the digitisation and online publication of 192 deed books, or libros de hijuelas—handwritten records documenting the privatisation of indigenous lands by the state in nineteenth-century Michoacán. 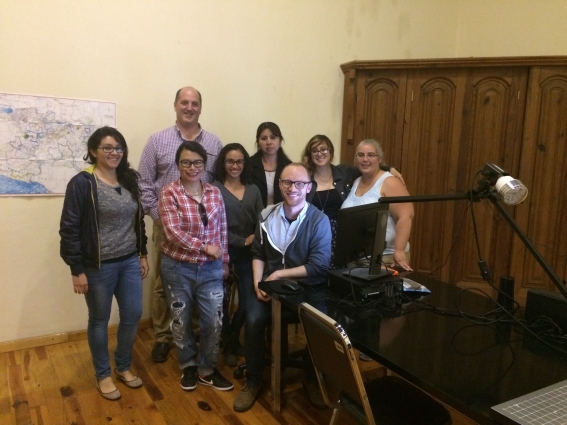 The project reflects LLILAS Benson’s commitment to post-custodial archival preservation: collaborating with archival partners in Latin America in the use of digital techniques to give valuable documents a new lease of life beyond the physical confines of the archive.

During the visit, four newly hired staff members—all of whom hold degrees in history from the Universidad Michoacana de San Nicolás Hidalgo, aka La Nicolaita—were trained to digitise the documents and record metadata, a project that is expected to take two years. The hijuelas are in fragile condition, having been stored in an under-resourced facility, putting their survival at risk and making this project all the more timely. The digitisation will be carried out in Morelia’s Palacio de Gobierno, with collaboration by Michoacán’s Secretaría General de Gobierno (the Interior Ministry). 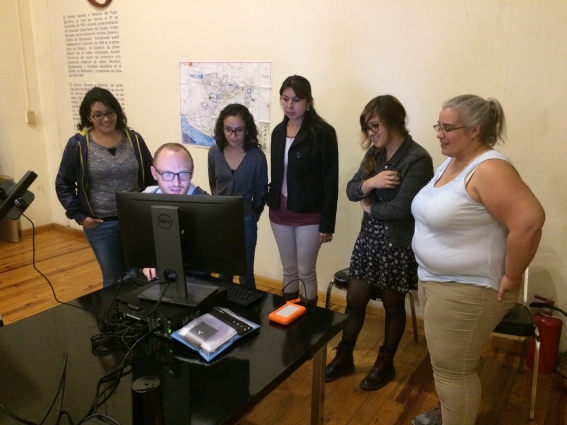 Professor Matthew Butler of the Department of History at The University of Texas at Austin was joined by two representatives from the university’s Benson Latin American Collection —Theresa Polk, post-custodial archivist, and David Bliss, graduate research assistant in post-custodial and digital initiatives. Butler is affiliated faculty at the Teresa Lozano Long Institute of Latin American Studies (LLILAS), which is administering the grant in partnership with the Benson Collection. Polk and Bliss provided training in digitisation and the collection of metadata to the four history graduates during a week-long workshop.

The team based in Mexico is made up of two of Butler’s colleagues—Antonio Escobar Ohmstede of CIESAS and Cecilia Bautista of La Nicolaita—co-direct the project, providing scholarly partnership and oversight. The four history graduates from La Nicolaita will work for two years to digitise the archive, including preparation of metadata. Their involvement is made possible by an agreement between LLILAS Benson and its Mexican partner institution, CIESAS, the Center for the Advanced Study of Social Anthropology. 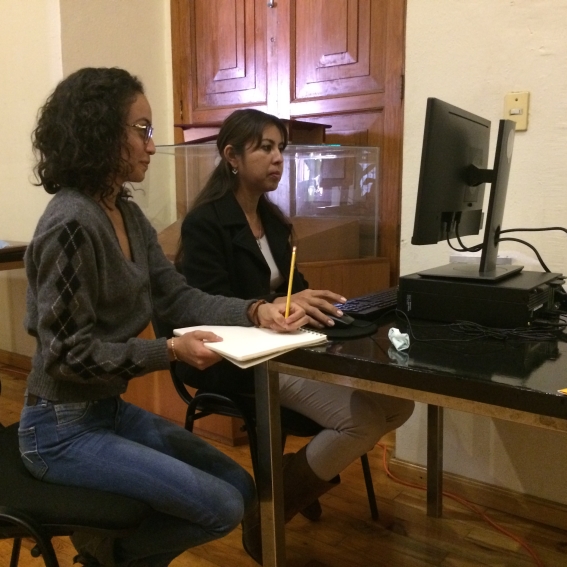 Butler says the contents of the deed books will be useful in studying agrarian liberalism in Mexico, as well as indigenous people’s roles as authors and actors in their own history. “For a long time, historians portrayed indigenous people as passive and hapless victims of liberal land laws, which were seen as the main historical driver of the 1910 revolution and the moral justification for the agrarian reforms carried out by the state in Mexico in the 1930s. The hijuelas books should give us a much clearer idea of how indigenous people themselves instrumentalised liberal laws in order to redefine and defend their pueblos. We should be able to see a more complex history of indigenous adaptation and survival occurring, and also to chart that history on a much bigger scale than anyone has been able to do before.”

The hijuelas books contain information relating to five different ethnic groups from the area—Purépecha, Otomí, Mazahua, Matlatzinca, and Nahua—and are unique in that they offer the only complete statewide documentation of land privatisation anywhere in Mexico. They also offer a glimpse into how their creators regarded the liberal project.

“In rescuing the libros de hijuelas, we preserve an important part of the history of the indigenous groups who created them,” says Escobar Ohmstede of CIESAS. “Yet we also show how these people went about building and reconstructing their territoriality during Mexico’s nineteenth-century agrarian reform, whether by asserting their colonial titles or by arguing that lands lost previously should now be returned to them. Because the documents contain maps as well as detailed descriptions of community landholdings, we can also reconstruct, as we would a jigsaw puzzle, the lands on which the hijuelas’ creators lived and the ways that they perceived them. For example, the documents offer a window onto how indigenous people prioritised, allocated, and used natural resources. Even as they agreed to divide and privatize their lands during the second half of the nineteenth century, we can see that they used the division to claim ownership of ecological niches with the aim of using those natural resources to the maximum extent, even as these lands became the object of competitive claims by other social actors.”

A scholarly conference and book venture are planned at the end of the digitisation project and of course the digitised material will be made available on the EAP website.

Posted by Endangered Archives at 10:06 AM