Photography arrived in India in the 1840s with the first photographic society in South India being created in Madras in 1856. During the early decades of Indian photography, it was accessible almost exclusively to the colonial administration and Indian elite. However by the 1880s, commercial photography studios had found their way into the bazaars of the Presidency’s and family portraits started to appear inside Tamil households. Previously no local forms of popular portraiture existed aside from representations of the divinities. 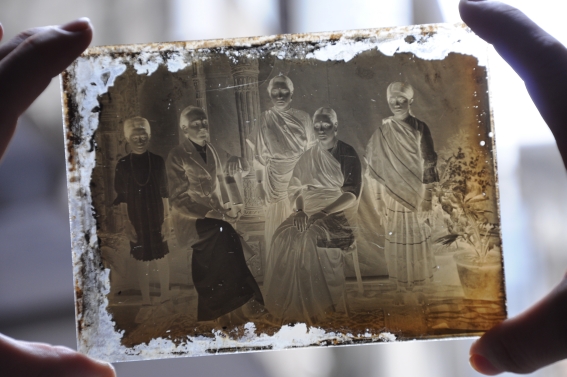 Tamil portrait photography, often facing restricted access to technological improvements, rapidly developed into a rich practice, where technical inventions, ingenious adaptions and artistic achievements rubbed shoulders. The early Tamil commercial studio photographers created their own visual language to represent south India selves and families. Their idioms combined the use of props, accessories, backdrops, over-painting, collage, and montage. Throughout the first half of the 20th century constraints imposed by high costs and difficulties in importing recent photographic equipment resulted in the prolonged use of older photographic equipment and processes by small family-run studios.

The advent of mechanised processing and printing of colour photography followed by the digital revolution radically transformed photographic practices and production. A very large number of studios closed down (with their archives often, but not always, lost) as they could not financially manage to acquire the expensive equipment necessary. The studios that did manage to survive these successive technological revolutions discarded manual processing and printing of black and white portraiture which had been their trade and skill for over a century (cf. Article in The Hindu, “In a Fading Light”, by A. Shripathi, 13/07/2015). 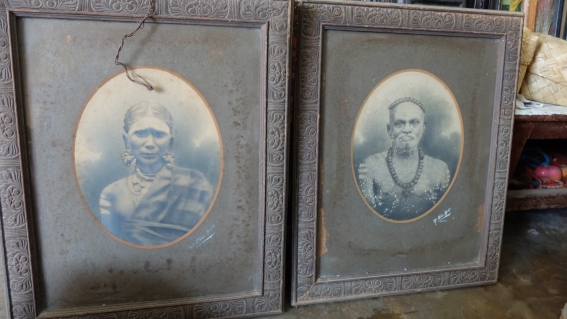 Over the last 25 years, the 'visual turn' in South Asian Studies, has afforded glimpses into numerous visual media produced in the Indian subcontinent over the last century and a half. Concerning the field of Indian photography, the vast majority of publications and archives concern colonial practices of photography and north or central Indian appropriations of the photographic media during the 20th century. The productions of South Indian studio photographers are largely unexplored and no archive exists to foster research on this vast and rich topic of study. The material digitised during the project will provide visual evidence of Tamil society at moments of crucial social and cultural changes. 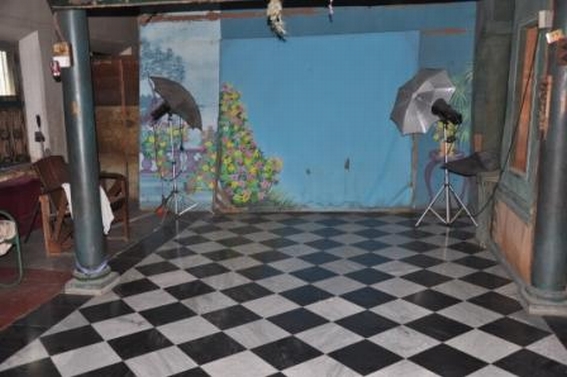 This major project will create the first archive of Tamil studio photography, namely family portraiture, from the time of the introduction of commercial photo studios in the second half of the 19th century up to the introduction of mechanised photographic processing. The project aims to cover the different productions of black and white manually processed studio photography (prints, negatives and glass plates) which are rapidly disappearing either through natural degradation or, in many cases, voluntary destruction. The feasibility of creating this archive was explored in the pilot project EAP737 through the survey of 100 studios in 14 localities.

The EAP946 archive aims to provide researchers with unique visual material and metadata of Tamil society at moments of crucial social and cultural changes. Besides the study of photographic processes and mediums throughout history, of the evolutions of representation of women and men, a wide range of issues could be investigated such as the consequences of the introduction of photo portraits in the homes; the ways in which these have affected vernacular notions of individuality and dual dimension of personhood (akam/interior and puram/exterior); their impact on representations of marriage from alliance to conjugality; the uses of family portraits as hybrid photo-objects subject to daily domestic ritual venerated alongside chromolithographs of divinities in Tamil households; the transformation of regional and sectarian dress codes etc. These unique photographic productions are severely endangered by chemical, climatic and human factors. Firstly, many of the earlier photographs produced by the commercial photo studios are showing signs of accelerated deterioration due to the chemical processes used for developing and printing during the first decades of photographic productions. This situation is aggravated by the tropical climate of southern India with its year round high level of humidity which is particularly detrimental to both prints and negatives. Secondly, large parts of photographic productions have been destroyed and continue to be destroyed due to a lack of awareness about the importance of preserving this heritage. During a century (1880-1980) of black and white photographic productions, many studios were regularly destroying their collections by selling negatives (glass and film) to silver-extractors. Similarly, families are discarding the portraits of the older generations by selling them to second-hand wood and glass dealers who dismantle the frame to recycle the materials. The photos (generally piled on the ground of the shop) are kept by these dealers for the occasional passer-by who can purchase these private portraits for a minimal price. Thirdly, the lack of awareness about the value of this unique heritage further results in the deterioration of the remaining photographic material in Tamil Nadu. Many of the earliest studios have closed over the last 30 years and the descendants of studio photographers often have minimal knowledge of preservation conditions for negatives and prints, nor an understanding for the value and vulnerability of their forefathers’ photographic productions. Besides the major objective of creating an archive of this endangered material, the project will also raise awareness and interest of the collection holders in order to preserve in the best possible conditions the remnants of this invaluable heritage. 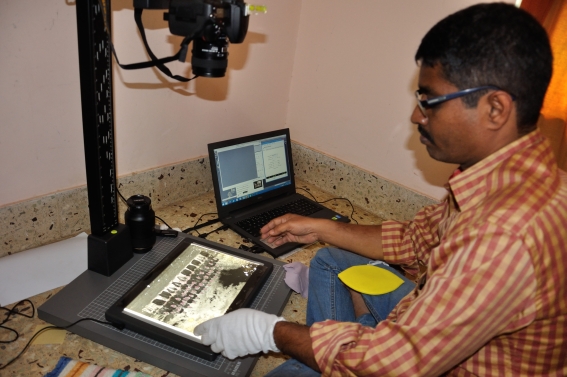 Private photo collections from photo studios will be the primary source for digitisation efforts. Researchers will be able to study the technical and ‘stylistic’ transformation of studio photography over the decades, and eventually, when compared to other studios in other places, the study of regional variations. The digitisation of each studio archives constitutes a corpus of its own that enables systematic image analysis to be done. The project will also aim to digitise photographic material from private homes which should provide interesting documentation on the photographic consumption of families. Digitising sessions will be conducted in 8 medium and large sized towns in Tamil Nadu: Kumbakonam, Karaikudi, Cuddalore, Pondicherry, Madurai, Chennai, Tirunelveli, and Coimbatore. 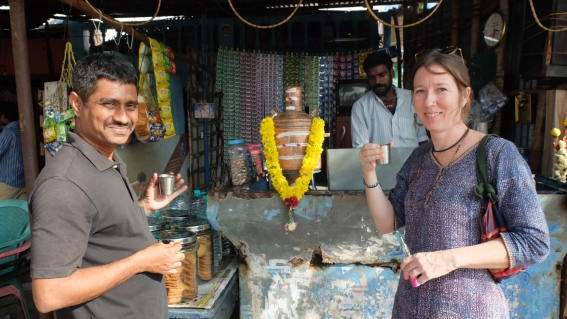 Written by Zoé Headley, French Institute of Pondicherry. Zoé is the grant holder for the ongoing EAP946 major project along with Ramesh Kumar and Alexandra de Heering. Zoé and Ramesh conducted the pilot project EAP737. There are already some fantastic images online from the pilot project to check out. I've added a few below, and you can see more here. We're really looking forward to seeing what we receive for EAP946! 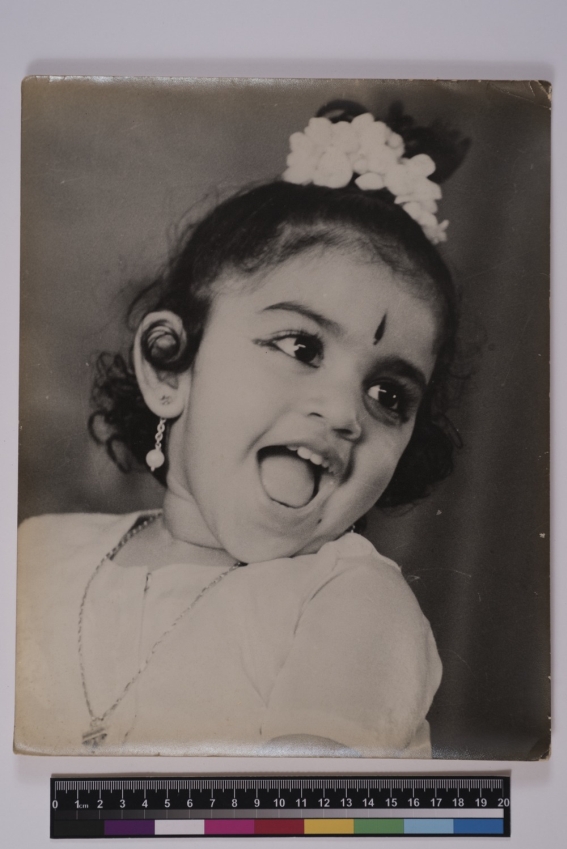 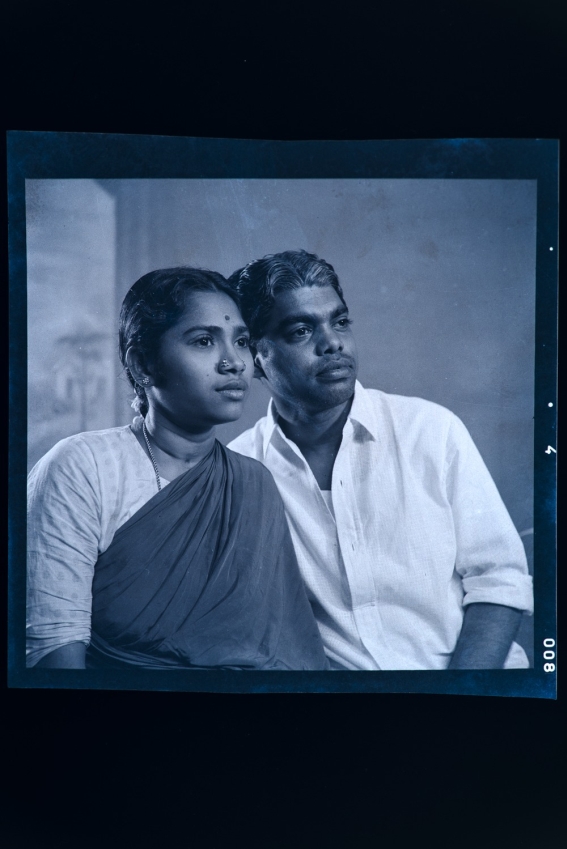 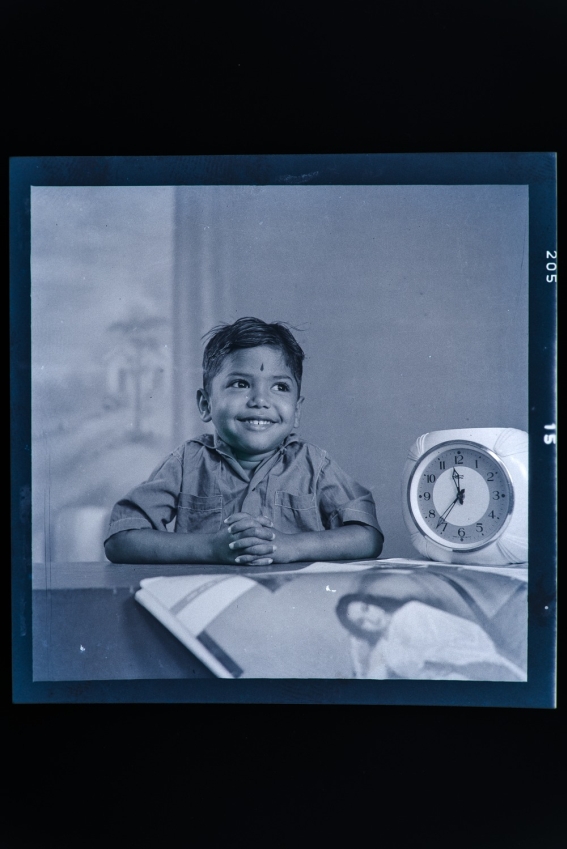 Posted by Endangered Archives at 11:47 AM