Document to Digital: How does Digitisation Aid African Research?

This September, SCOLMA (UK Libraries and Archives Group on Africa) held its annual conference at the fabulous location of the National Library of Scotland. The theme for the day was ‘Document to Digital: How does Digitisation Aid African Research?’ This was a follow-up session to the 50th anniversary discussions, which focussed on ‘African studies in the Digital Age’ in 2012.

There was an EAP presence with Jody Butterworth reflecting on some of the projects that have been funded in Africa. It was a wonderful way of showcasing the work that many of the EAP project holders have been carrying out (and who were unable to go to Edinburgh to present in person). Much of her talk included recent initiatives that are using the digitised material in innovative ways.

Jody was then followed by Tom Cunningham who talked in more detail about the pilot project that has focussed on the archive of the Presbyterian Church of East Africa based in Nairobi, Kenya (EAP847). 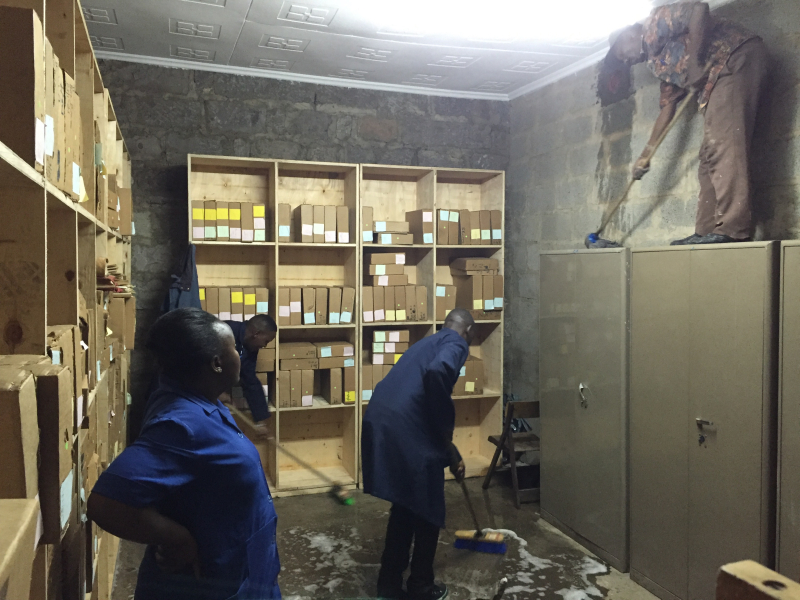 From an EAP perspective, it was also wonderful to hear about other projects being carried out both within the UK and in Africa. The presentations will be published in a future edition of African Research and Documentation. There were many fruitful discussions during the day (particularly during the coffee breaks) many focussed on ideas for future applications to EAP - and we look forward to receiving them.

Posted by Endangered Archives at 3:20 PM