A project from Bhutan

On 17 December 1907, Ugyen Wangchuk, the first Druk Gyalpo (Dragon King), was crowned and the Kingdom of Bhutan has marked this day ever since as its National Day.

The British Library has some photographs of Ugyen Wangchuk when he was crown prince dating from 1905, which were taken by John Claude White, the Political Officer of neighbouring Sikkim. The image of him wearing the traditional Raven Crown and the order of Knight Commander of the Indian Empire is perhaps the most reproduced photograph of the ruler, but it is the one in more relaxed dress and surrounded by his family, that has, for me, more appeal. 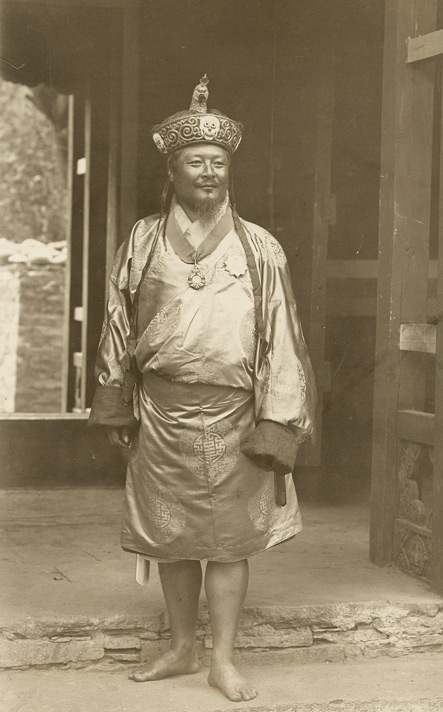 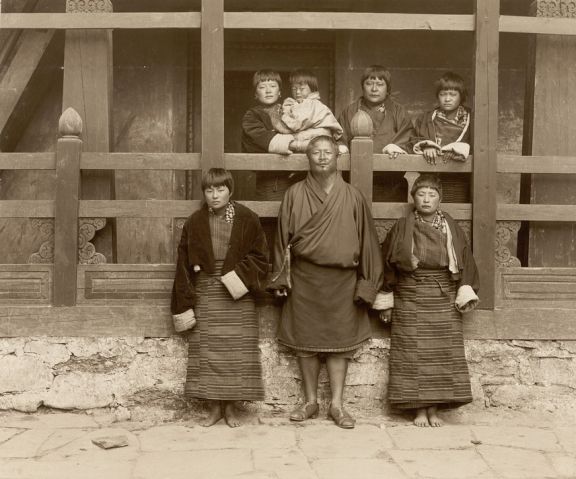 To mark this anniversary, I thought I would highlight EAP039. This project was awarded in 2005, the very first round of grants  and took place at Gangtey Gonpa. The monastery was founded in 1613 by Gyalse Pema Thinley, the grandson of the saint Pema Lingpa (1450-1521) who was the most important Buddhist born in Bhutan and who discovered the hidden texts concealed by the 8th century Indian monk Padmasambhava.

The monastery underwent major renovation, beginning in 2000 and lasting for eight years. The Endangered Archives Programme project was independent to the refurbishment of the building but ensured the safety of the important Nyingma tradition manuscripts housed at the monastery. Below are some photographs of the village, the manuscripts beautifully wrapped and stored and the monks concentrating on the digitisation project. As the location lacked a reliable electricity supply, the team worked outside when photographing these precious texts, which were a funerary tribute to the founder of Gangtey.

We wish everyone in Bhutan a very happy National Day. 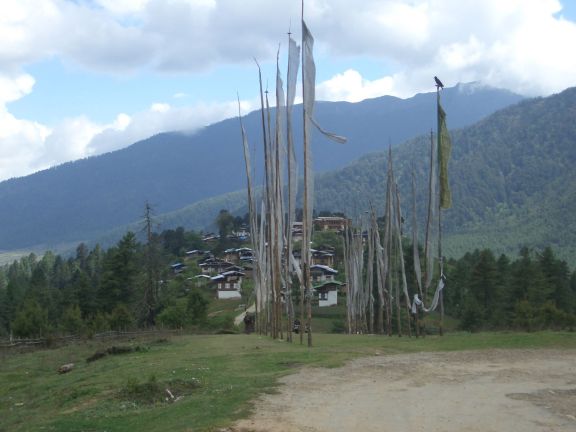 On the road to Gantey. 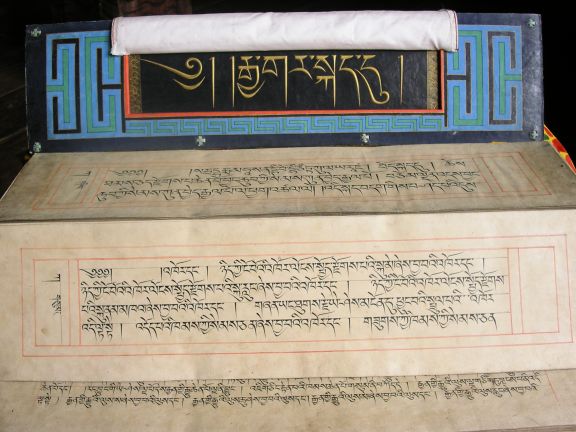 An example of one of the manuscripts. 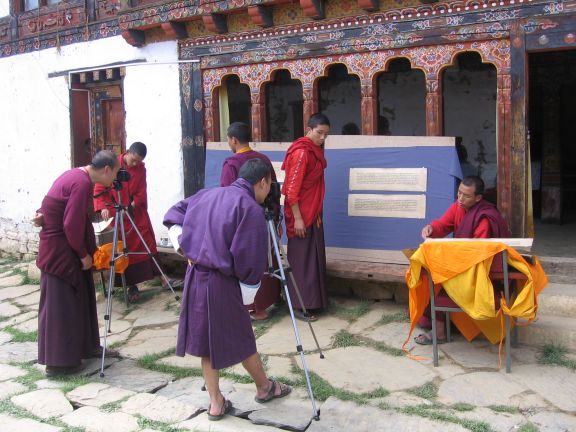 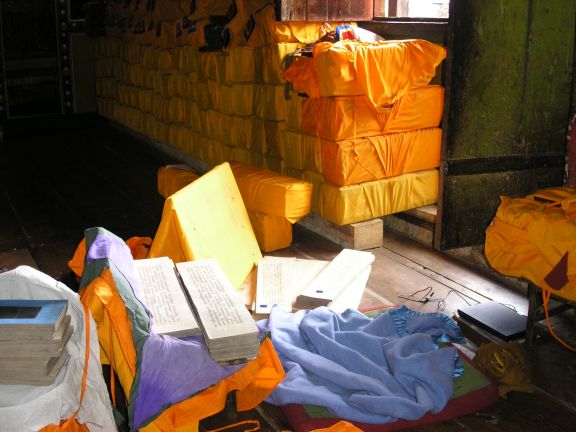 Bundles of manuscripts waiting to be digitised.

Posted by Endangered Archives at 6:32 AM