20 January is ‘Penguin Awareness Day’. Although it does not seem to be an official observance carried out by any particular environmental organisation, the date is becoming popular. It isn’t surprising as many people around the world find these peculiar birds truly lovable.

For some light diversion on a Friday, I thought I would try and find out if there were any photographs of penguins within our collections and low and behold there were! It is not surprising that they all came from EAP755, the Heinrich Sanguinetti Archive and were taken by Annemarie Heinrich, a German who settled in Argentina after the First World War. Many of the pictures were taken in 1958 during a visit to the Isla de los Pingüinos (Penguin Island), located 21km southeast of the city of Puerto Deseado. 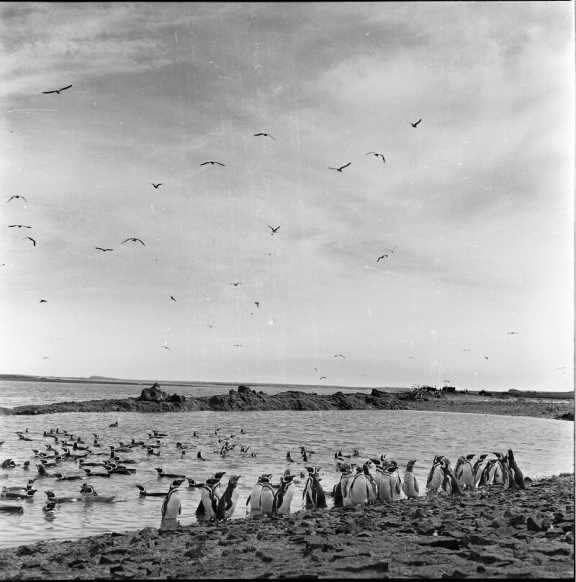 The breed of penguin found on this island is the Magellanic, which is a South American variety and named after the Portuguese explorer Ferdinand Magellan who first set eyes on them in the 16th century. Very sadly, these birds are classified as a ‘Near-threatened species’ by the International Union for Conservation of Nature. 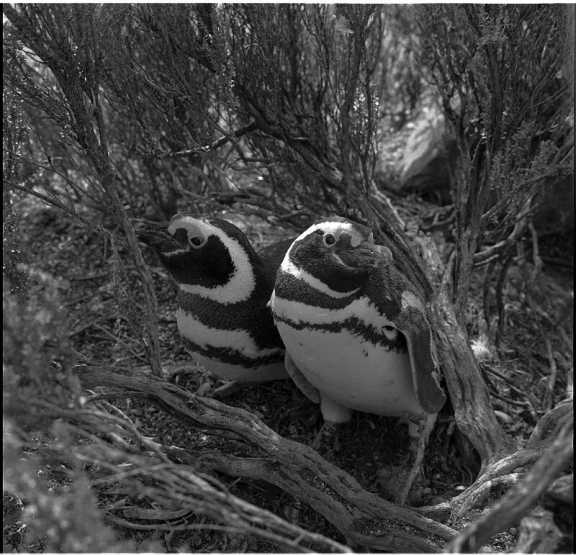 EAP755 contains images of both adults and fluffy chicks. Many seem to be hiding from the photographer's lens. 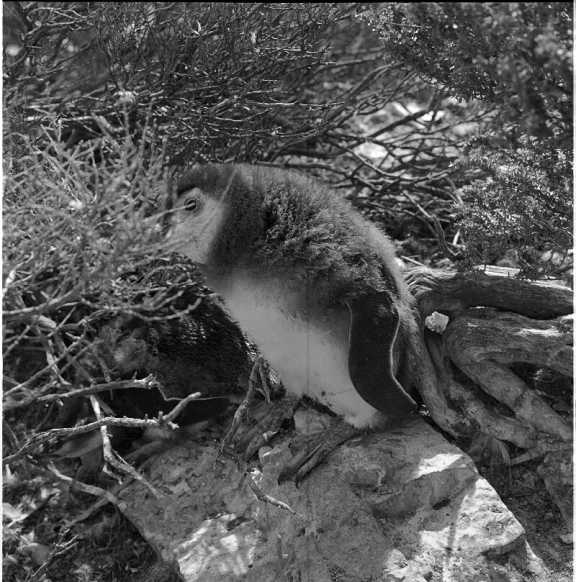 Not all of the photographs were taken on the island, there is also one taken in Buenos Aires zoo of two penguins being fed by their keeper. 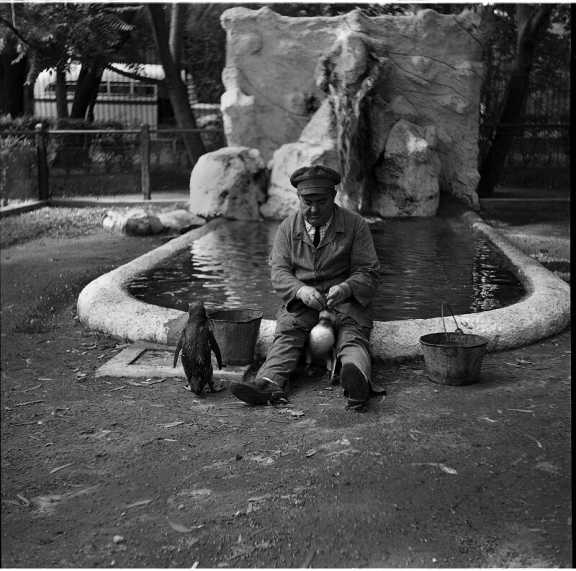