EAP1114 digitised a collection of print and manuscript Islamic material deriving from the collection of the late imam and teacher, Maalim Muhammad Idris – known locally as Maalim Idris. As a collector, Maalim  Idris himself was concerned that the Muslim intellectual and scriptural heritage of Zanzibar – and the wider Swahili coast – was deteriorating to the point of being lost. The result would be, according to him, new generations unable to access their heritage, whether from the point of view of historical interest or for religious learning. Maalim Idris was also very aware of the irony that while Zanzibar as a world heritage site was being lauded for its outstanding architecture, its actual history in the form of books, manuscripts and papers were of less concern to international conservation efforts. 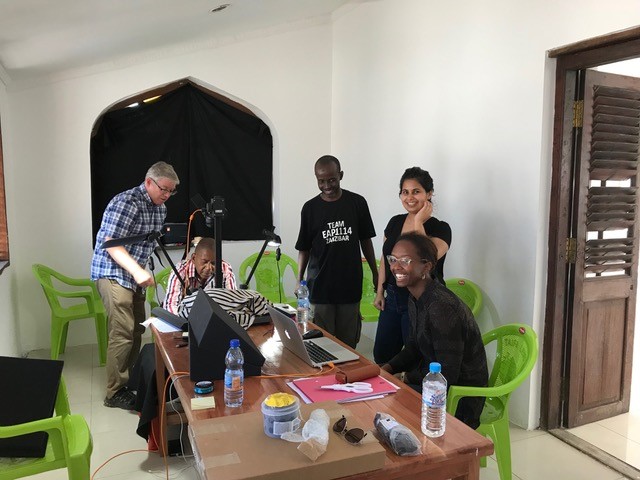 The end of EAP1114 was marked with a workshop held in Zanzibar on July 2-3rd. Here, scholars and stakeholders shared their experiences from very similar situations in Harar (Ethiopia), Lamu (Kenya), and northern Mozambique (Cabo Delgado and Nampula provinces.) Some of the collections presented at the workshop were previously part of EAP projects, including EAP466 (Riyadha Manuscript Collection, Lamu) and EAP602 (Audio Recordings, Sherif Harar City Museum). These collections have very different biographies, being both organic results of a particular mosque, or the results of deliberate efforts to preserve textual material. Some are still part of functional institutions, while others are today mainly kept as heritage. 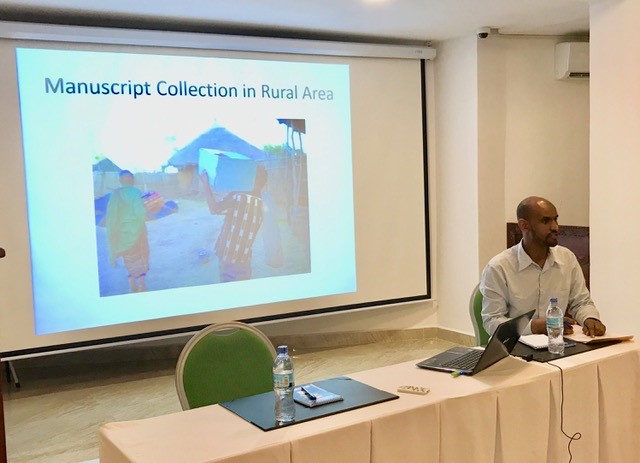 Over the two days, participants discussed the challenges to, and possibilities for, a more integrated view of heritage that also includes the Muslim traditions of the region. Here, we would like to share some of the insights from our discussions, and point to a number of recommendations garnered from our deliberations. 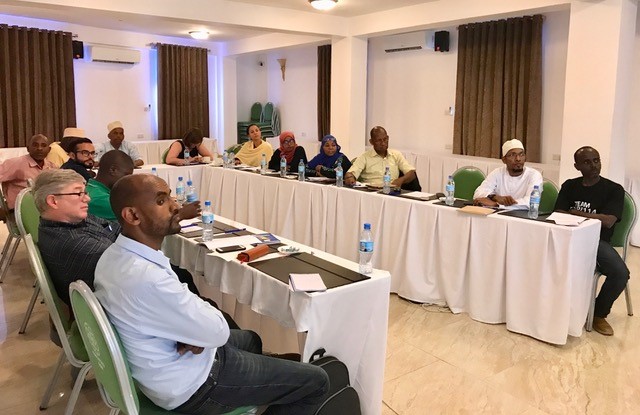 A regional tradition – a regional approach

The traditional Islamic scholarly centres – from Harar in the north to Ilha de Mozambique in the south – are very much part of the same tradition. The collections hold numerous copies of the same texts, including legal, linguistic and devotional materials. There are, of course, also notable differences, which indicate the evolution of specific, local traditions, often formulated in ajami (local languages in Arabic writing). But texts are also tied to practice. Teaching styles, ritual performance and localized understandings of the faith, can all be discerned from the texts a given community collected or produced. Any conservation effort – physical or digital – should take this into account. These collections, as a whole, are testimony to the Eastern African style of collection, conservation, teaching and knowledge production. However, they are also how people live and practice their religion.

The collections also face much of the same challenges. Climatic challenges include high humidity, fungus and insects, dust and flooding. In some areas, notably Lamu, there have been security concerns, with raids by the Somali al-Shabab on more than one occasion. In others, notably northern Mozambique but also elsewhere, there is a significant ideological challenge, due to the rise of Wahhabi-oriented groups that see little or no value in the “superstitions” of the past. A challenge common to all the collections is the inability of traditional custodians (mosques, individuals or community groups) to provide adequate security for the collections – let alone proper conservation. In some instances, collaboration with national institutions (archives, museums) is well-established and functioning–such as Lamu; in other cases–Zanzibar–less so. Even in the best of scenarios, the capacity of national institutions is limited, and often dependent on donor projects to preserve their own collections. Several workshop participants noted that inheritance issues; lack of institutional plans for transmission from one generation to the next and; the lack of resources makes the situation even more perilous. The rise of new teaching methods (online academies, modern PDF format textbooks) have also proved a challenge to the conservation of paper material). Finally, the illegal purchasing of manuscripts erodes the material.

What can be done on a regional level?

While we readily find commonalities among collections and the challenges they face, a regional approach to addressing these is harder to achieve. National institutions work within their own domestic strategies, and local custodians within their own resource- or sociopolitical limitations. However, below are some steps that may ensure a better prospect for this rich heritage:

The creation of an archival map

Even in historical centres like the Lamu and Zanzibar archipelagoes, there is to date no integrated overview of Islamic scriptural heritage under private ownership (i.e. mosques, families or with individuals). So, our knowledge of what actually exists, is fragmentary at best. The Zanzibar Institute of Archives and Records are currently starting an “archival mapping” process in the archipelago.

Improved partnerships between private custodians and branches of state institutions

Given that mosques and traditional teaching institutions remain custodians of much of this material, they are also subject to the challenges of poor funding, generational transitions and the rise of “new Ulama”. This can be mitigated through collaboration with local branches of national heritage institutions, whereby material may be deposited for conservation and safekeeping when needed. This may in itself also raise awareness of the value of the material qua heritage, and as such mitigate the ideological issues. 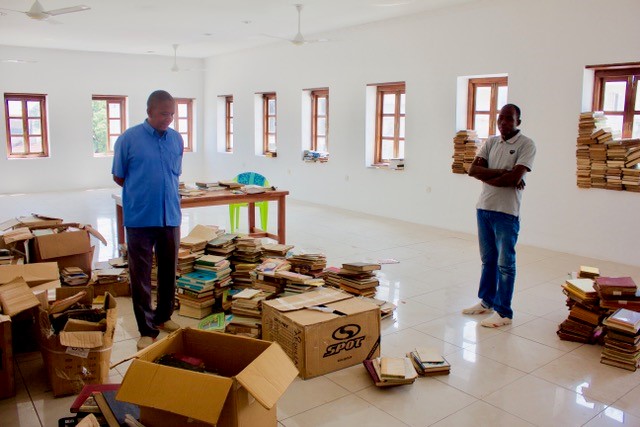 The benefits of digitizing local endangered collections are numerous. In addition, to saving–at least in some format–materials that would otherwise be lost, digitization projects like the EAP raise the profile of such collections especially amongst local stakeholders. Ideally, they also improve access not only for the international scholarly community but for those living in the locales where they reside.  However, there are also downsides. Digitising is an option that provides access and raises awareness, but it does not solve the longer-term questions of the lives of collections. Digitising should not be confused with conservation, as digital images are really only proxies that do nothing to preserve the original material. Furthermore, while the digital format theoretically provides greater access by members of the local community, internet access and bandwidth continue to be issues. The latter may be solved by providing low-res solutions such as apps for smartphones that can allow easy access via local wifi. The former, however as many participants pointed out, continues to be an issue that cannot be addressed by digitization alone. They thus advocated for the need to begin to couple conservation efforts with digital preservation. 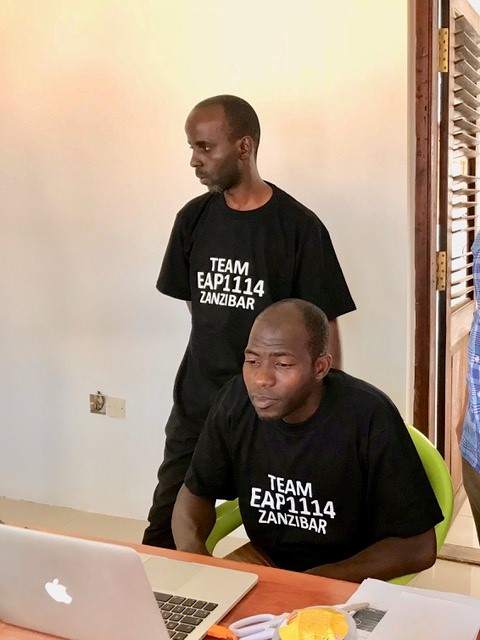 The link between text and performance is one potential avenue for awareness-raising. Texts like the Mawlid Barzanji or the Qasidat al-Burda are found in all locations, but are performed with slight variations. Placing these variations on display is one way of raising awareness also on the performative aspect. This could be both live and on platforms like YouTube etc. Workshops should be held that include relevant regional heritage institutions (archives and museums) and custodians. Such short courses might focus on the training of local custodians (religious leaders, family members) in some of the most basic and low cost elements of textual conservation such as cleaning and pest remediation. 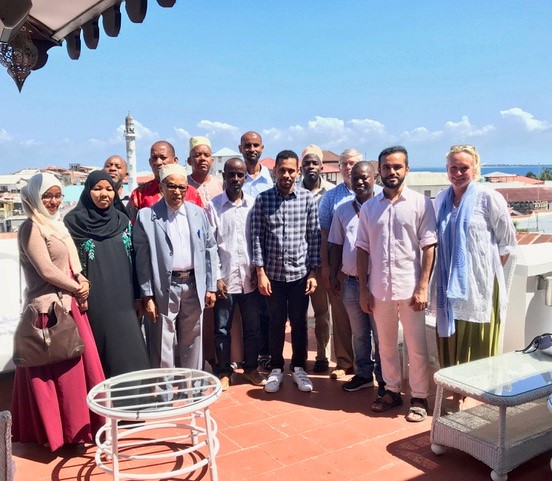 Posted by Endangered Archives at 2:54 PM