Among all the ancient languages, Sanskrit excels as being used in the greatest number of written works. Sanskrit is used for mainly Hindu and Buddhist manuscripts, covering medical manuals, literature and astrological works. 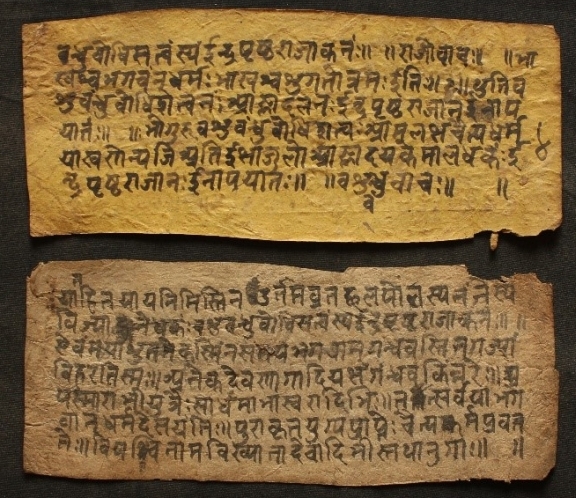 Nepal is the centre of Sanskrit Buddhist manuscripts, written in a variety of Newārī scripts on tree bark, palm-leaves and paper. The manuscripts are sources of profound knowledge. Nepalese Buddhist manuscripts are the only original extant sources of Mahāyāna Buddhism and has made the study of Mahāyāna Buddhism in Sanskrit possible. The texts are rare and often in a bad state due to natural and man-made conditions. The Endangered Archives Programme has supported the digitisation of these manuscripts through several projects:  EAP676, EAP790 and EAP1023. These grants have helped the exploration and digitisation of Buddhist manuscripts held in private collections and have been the first extended attempt to made public a significant number of these privately-owned manuscripts.  Sanskrit manuscripts in Nepal are treated as sacred items having great religious value. They are not merely material objects but regarded as emanations of deities in which life is inserted through performing a ritual called Nyāsa [placing or inserting] led by Vajrācaryā priests.

Early example of a manuscript written on paper

EAP1023 has digitised 478 Sanskrit manuscripts in twenty-eight collections. They were written between the tenth and eighteenth centuries. They are rare and still highly valued in Newār households in Nepal. All the manuscripts were recovered from Buddhist families and the owners are all very keen to preserve them.

The types of manuscripts in this collection include: Sūtra (canonical scripture), Tantra, Kathā (stories), Vidhī (rituals) and Buddhist chronicles. Those endangered ancient and medieval specimen discuss various religious themes as well as guide to perform rituals.

The story literature in Buddhism is divided into Jātaka tales (the previous lives of the Buddha) and Avadāna (noble deeds). This collection contains several Avadāna stories including rituals texts. Some interesting manuscripts in this collection are copies of the Sūtra of Fivefold Protection (Pañcarakṣā Sūtra). The five Sūtras are Āryamahāpratisarā, Mahāsahasrapramardinī, Mahāmāyurī, Mahāmantrāṇusārinī and Mahasitavatī.

Pañcarakṣā and Aṣṭasāhasrikā Prajñāpāramitā Sūtras were widely written and recited during the medieval times in Nepal. Pañcarakṣā Sūtra is believed to bring auspicious moments and bring protection from bad planets, evil souls, calamities, diseases, effects of poisons and so on. This text has five individual Sūtras. Five individual deities are emanated from the five Sūtras, each having special powers. Their influence is highlighted in the narrative descriptions of each Sūtra. Traditionally, the Pañcarakṣā Sūtra is written in golden, silver or organic homemade black ink. This collection also has the earliest dated Nepalese paper manuscript belonging to the twelfth century. From the Buddhist viewpoint, this collection is invaluable.

Illustrated examples of  the Pañcarakṣā with writing in gold 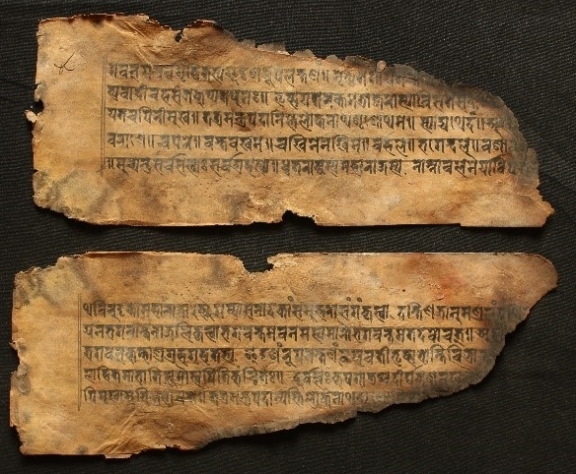 A copy of the Pañcarakṣā Sutra, there looks as if there has been fire damage to the manuscript

Written by Dr. Shanker Thapa, Professor of History at Tribhuvan University and grant holder for EAP1023, EAP790 and EAP676.

Posted by Endangered Archives at 2:47 PM