In this post, Sabera Bhayat, a PhD student at the University of Warwick tells us how she has used EAP digital collections in her research on Urdu periodicals, which she has just presented at the Print Unbound conference earlier this month.

Planning a PhD project, which includes an ambitious list of primary sources, can raise concerns of practicality over comprehensiveness. Besides the many primary materials located in various archives both in India and the UK, I had discovered a number of Indian vernacular language periodicals that would be particularly relevant to my own research.

My research examines the discursive history of polygamy in India from the late nineteenth to the early twentieth century. I explore how polygamy was invented as a specifically ‘Muslim’ problem, and how this problem was then articulated by different groups in South Asia during this period. A major element of my research includes Indian Muslim women’s own discourses on polygamy, and how they sought change to such practices within a wider movement for their social reform. As few women were literate during this time and fewer still left written records, a major source for accessing these women’s voices was the Urdu periodical, which had been established for the very purpose of promoting female education and social reform.

However, these Urdu language periodicals were scattered between several archives in India, which would have included much time travelling between distant locations. It is by chance, and a simple internet search, that I came across the extensive project of the Endangered Archives Programme (EAP) at the British Library. I was thrilled to find that the very Urdu periodicals that I was hoping to consult for my research had been digitised and were available to consult online, at my own pace and in my own time. 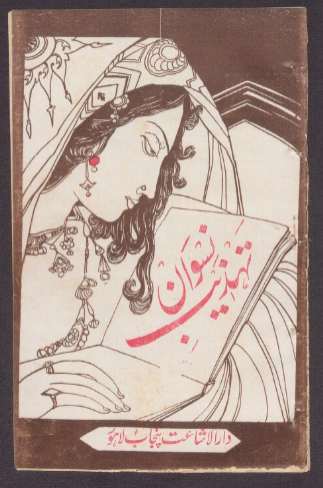 One of the periodicals that has been essential to my research, called Tahzib un-Niswan, (The Women’s Reformer) (EAP566/2/1), had been published bimonthly over fifty years, with over a thousand issues printed between 1898 and 1950. To have taken even a sample of these from each year would have taken much time. However, I was delighted to find that over nine hundred issues had been digitised and were available for me to consult online. This meant I could easily browse through as many issues as I had time for. As one of the more radical mouthpieces of the Indian Muslim women’s movement during the early twentieth century, Tahzib un-Niswan provides insights into the awakening to a Muslim feminist consciousness and campaigns for the acquisition of women’s rights.

Besides Tahzib un-Niswan, EAP has made available a range of Urdu periodicals from South Asia, including issues of Ismat (Modesty) [1908-1993] (EAP566/1/2) and Khatun (Lady/Gentlewoman) [1904-1914] (EAP566/5/1). These two periodicals were also instrumental in the promotion of female education for Muslim women during the early twentieth century and their social reform. 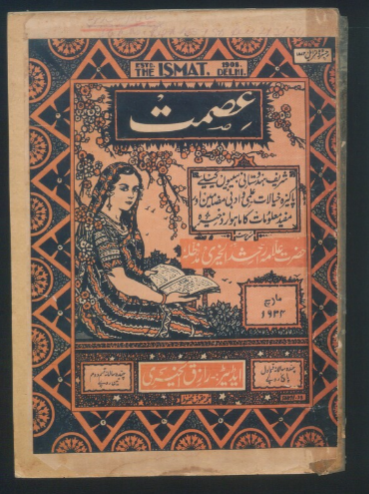 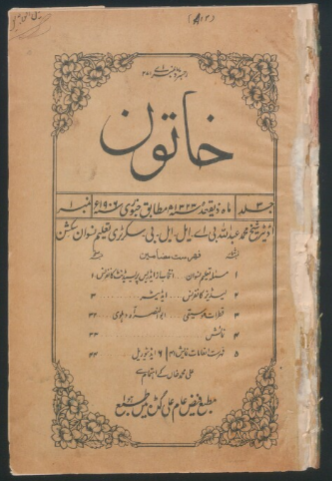 The convenience of accessing digitised materials through EAP has been very useful to my research and enabled me to deliver a talk at the Print Unbound Conference early this year. This conference, organised by Contextual Alternate, brought together a range of scholars working with newspapers and periodicals from Asia. This gave me the opportunity to share my research on Urdu periodicals and the role they played in the Indian Muslim women’s movement during the first half of the twentieth century. The research conducted for this paper was made possible almost entirely through access to the Urdu periodicals digitised through EAP.

Exploring the material made available through EAP has also alerted me to further sources both in Hindi and Urdu that I would otherwise have not known about and that I plan to consult for further research into the history of women in India. These include a range of Hindi language periodicals and published literature that will further enrich my research and bring light to women’s voices that may otherwise have been lost.

Blog written by Sabera Bhayat, a third year PhD student in the History Department, at the University of Warwick

If you are just starting your PhD and would like to attend one of the British Library's Doctoral Open Days, please check the website for dates throughout 2020.

Posted by Endangered Archives at 10:22 AM