We have another four new projects we can share with you this month that have recently been made available online. If you didn't read last month's blog you can see it here. It features projects from Kenya, Senegal, Uganda, and the small Caribbean island of Nevis. On to this month's projects:

The manuscripts digitised during this project constitute the largest and most comprehensive Pa'O literary and religious studies resource outside of Pa'O regions in Myanmar and Thailand. The original manuscripts, a mixture of parabaik (accordion folded paper manuscripts), bound scrolls, and palm-leaf manuscripts, are owned by the Pa'O Literary and Cultural Council Committee Library in Taunggyi, Shan State, Myanmar. The texts consist mainly of Pa’O interpretations of the Theravada Buddhist canon, though other particularly interesting manuscripts include those that document Pa'O dynasties and claims on important historical sites in contemporary Myanmar. There are 71 manuscripts in total, the majority of them in the Pa’O language. 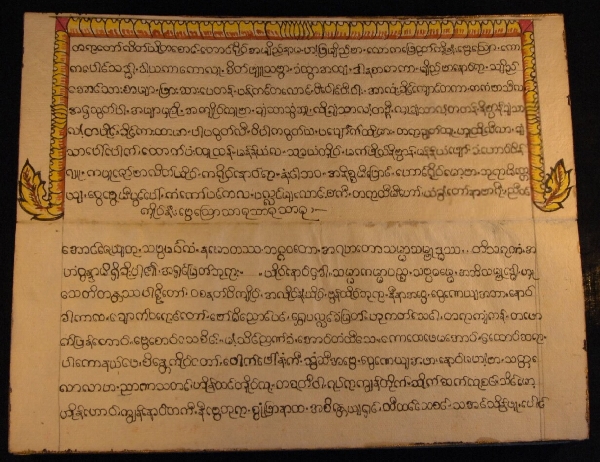 The aim of this ‘pilot’ project was to survey the print and manuscript materials of the Tamil Protestant community of Jaffna in Sri Lanka. There is a wealth of material documenting this community and the role of missionaries from the UK and United States. The American Ceylon Mission press for example printed more than 500,000 evangelical tracts in a 17-year period leading up to 1840. Much of this is Tamil-language translations of American texts, but there are also significant amounts of material relating to Tamil epic poetry and literature, ethical treatises, pedagogical works, devotional literature, and many polemical essays on Saivism and Christian‐Saivite exchanges.

The project surveyed 10 institutional and 3 private archives. They digitised a sample of records including church record books, correspondence between Missions, lists of parishes, issues of St. John’s College Magazine, and more from 5 of these institutions. You can read the survey reports and lists on the project page, as well as see a sample of 27 records that were digitised. This pilot project set out to locate and document colonial archives from the former French colony of Middle Congo, in present-day Pointe-Noire, Republic of the Congo. While archives in Brazzaville have been more widely studied, the archives in Pointe-Noire have largely been unknown and inaccessible to researchers.

Research was carried out in three main archives:

A survey and inventory of some of the holdings are available on the project page. The survey explains the history and provenance of the archives and their collections, and should be used as the starting point for exploring them. The project team also digitised a small sample of 3 dossiers from the APPN-CON containing mostly colonial era administration documents. These feature a wide-range of topics including: the impact of WW2 in the area; smuggling networks; development of trade unions; the ‘messianic’ movements of Lassyism (Bougism); xenophobic outbreaks against Dahomean and Togolese immigrants; social life in the Loango region.

Just from this small sample alone, it’s clear that these archives may have wide research interest, especially considering the amount of material that is uncatalogued. The team also estimated an additional 2500 ‘boxes’ of archival material at APPN-CON that they were unable to survey due to the time restraints of this small project. There obviously may be much more to discover. Whilst the focus was on colonial era records the team also sampled the vast trove of postcolonial records found in the archives. APPN-CON’s archive of postcolonial documents was singled out for its “spectacular possibilities” for research. 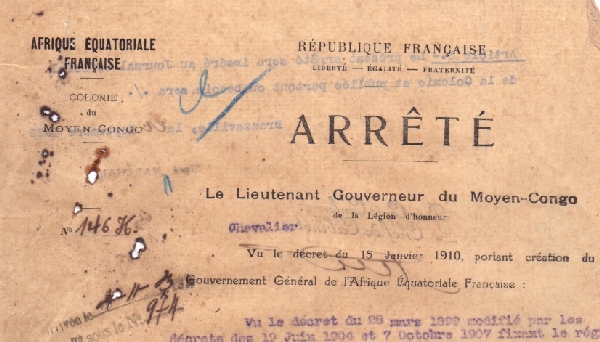 Example of a document digitised for the EAP844 project

This pilot project produced a survey of 238 of the 800 palm leaf manuscripts held in four monasteries that constitute the Hindu monastic complex of Thrissur in Kerala, India. This collection contains rare unpublished Sanskrit and Malayalam works, especially in the field of non-dualist philosophy (Advaita-Vedānta), Kerala history and hagiography. It therefore constitutes an invaluable resource for the study of the religious and social history of Kerala in the pre-modern times. 54 of these manuscripts were digitised and are now available to view online.

Example of a document digitised for the EAP1039 project

Posted by Endangered Archives at 5:33 PM