We have a bumper blog this month, covering new projects that went online at the end of 2020 and the beginning of 2021. While access to physical archives is currently restricted in many parts of the world, digital archives are increasingly important. Here are five recently digitised collections that are now freely available to access online: 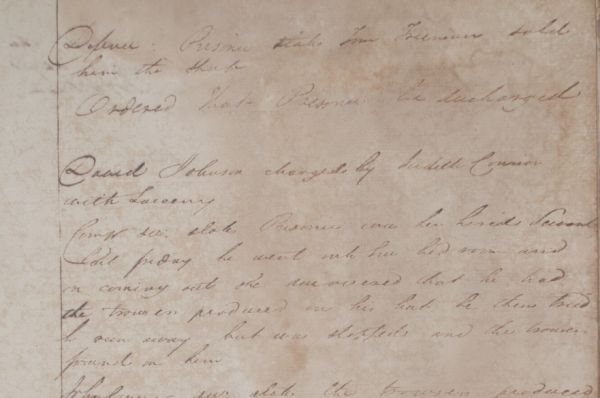 These provide rare insight into the life experiences of formerly enslaved people and their descendants. By the mid-nineteenth century, the population was comprised mainly of liberated Africans (and their descendants) drawn from across West Africa. The digitised records reveal the practices used by successive colonial governors to re-settle tens of thousands of liberated Africans in Freetown and surrounding colonial villages, including Regent and Wilberforce.

The police and court records include the depositions of witnesses, as well as those brought before the court for different offences. Testimony from formerly enslaved people is particularly rare, and provides a basis for reconstructing biographical information on individuals uprooted and displaced by the Atlantic slave trade.

Led by Mr Chetan Pandey, the EAP886 project team digitised 46 books and manuscripts located in the state of Jammu and Kashmir, in India. In particular, they focussed on material relating to:

The EAP1017 project team, led by Dr Irina Belayeva, digitised manuscripts and documents of the Skrytniks (Old Believers Escapists) - a social group that was in opposition to the Russian state, first to the Russian Empire and then to the Soviet Union.

The digitised material shows the structure of Skrytniks, their traditions, faith and intercommunication with other social groups.

Dr Valentina Punzi and the EAP1077 team digitised 6 collection of Tibetan manuscripts belonging to private households in the Qinghai Province of China. These include rare and unique ritual texts from the late 19th and early 20 centuries.

The Mons of Thailand and Burma were regional, cultural, and religious intermediaries and supported a palm leaf manuscript tradition into the 1920s. The EAP1123 project team, led by Dr Patrick McCormick, conducted a survey of 28 temples in and around Bangkok.

They also digitised a sample of manuscripts from six collections. Many of these texts are unknown in Burma, but they are key to understanding recent history in the region and the Mon role in intellectual history.

Combined, the survey and digitisation sample provide important insights into the history of the Mons in Thailand and Burma.

We will be continuing to publish more digital collections in the coming weeks, so keep an eye out for those!

Posted by Endangered Archives at 9:34 AM