This is a guest post by the EAP1245 project co-lead, Dr Samba Camara.

This project digitised Islamic manuscripts written by speakers of the Pulaar language – or the Haalpulaar people – in Senegal and Mali. Pulaar is a variety of the Fula/Fulani language spoken by over five million people in the West African countries of Senegal, The Gambia, Mauritania, Guinea, and Mali. About 40 million Africans use varieties of the Fula/Fulani language. 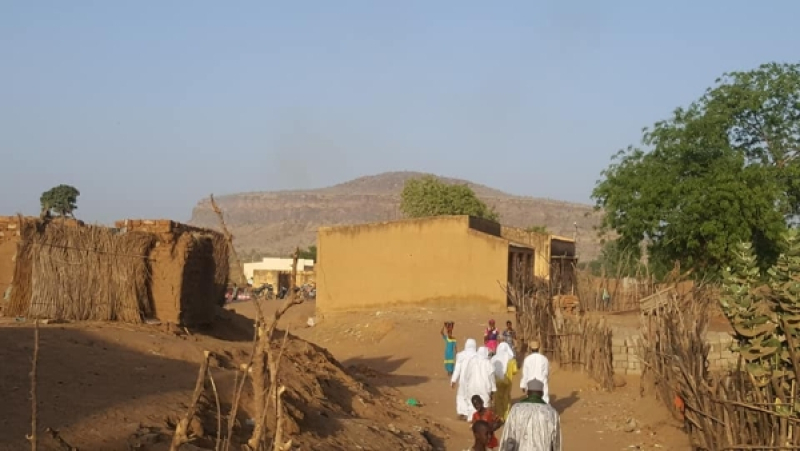 The Fuuta Toora region, the Pulaar language, and Islam

The original creators of this project’s 6,000 folios of manuscriptions hailed from Fuuta Tooro, a Pulaar-speaking cultural region situated around the middle of the Senegal River. Fuuta Tooro straddles parts of northern Senegal and southwestern Mauritania. Fuuta Jombuku, a Haalpulaar enclave, exists in southwestern Mali. It was born from the nineteenth-century settlements of Haalpulaar migrants who had followed Al Hajj Umar Taal (ca. 1797-1864) in his campaigns to spread Islam in West Africa. What the Haalpulaar have in common is not just a language. They also share a traditional rootedness in Islam and a distinctive Muslim culture carried in the Pulaar language. 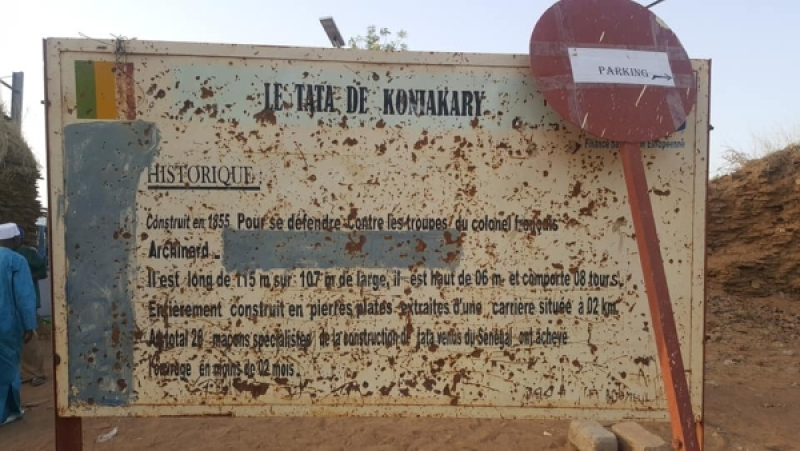 Mawluudu, or the chanting of local remembrance poetry (dhikr), constitutes an integral part of that culture. Professional singers perform mawluudu chant during religious events, such as the commemoration of prophet Muhammad’s birth (mawlud), Islamic graduation ceremonies (ɓaaral, refto), and during welcome ceremonies (teertooji). Modern technology and Internet have taken mawluudu poetry and culture to the media and online. The chanted texts include a panegyric praise poetry in Arabic and in ‘Ajamī (the use of the Arabic script to transcribe foreign languages). Arabic texts were composed by authors, such as Al Hajj Umar Taal, Egypt’s Imam al-Būsīrī, and others from the Tijaniyya Brotherhood. Pulaar ‘Ajamī poems were composed by several scholars of Al Hajj Umar Taal’s school of Tijaniyya in Fuuta Tooro and beyond. The texts extoll the attributes of God (Allāh), Islamic prophet Muhammad, and Algerian-born Ahmad al-Tījānī. The latter founded the Muslim Brotherhood of Tijaniyya to which the authors of this project’s manuscripts belong.

The digitisation project and team

Raised in Fuuta Tooro, Dr. Samba Camara, who is this project’s initiator, grew up listening to mawluudu, knowing some popular poems by heart like many Haalpulaar people.

In the EAP1245 project, Dr. Samba Camara collaborated with his UNC colleague Dr. Mohamed Mwamzandi and UNC digitization specialist Kerry Bannen to locate and digitise the written source of Haalpulaar Muslim culture. The effort was not only to preserve manuscripts from precarious storage conditions that exposed them to dust, termite, rain, natural fading, wear, and tear; but also, to facilitate their access and study by scholars of West African literature, popular music, and Islam.

The project’s field work began in 2019, shortly after the projects Principal Investigators were awarded a Major Project Award by the British Library’s Endangered Archives Programme to digitise Haalpulaar manuscripts. The team undertook three field trips to Senegal: in October 2019, December 2020, and June 2021. Unfortunately, the delays in the final trip, due to Covid-19 travel restrictions, hindered the digitization of several Pulaar ‘Ajamī materials in Fuuta Tooro. 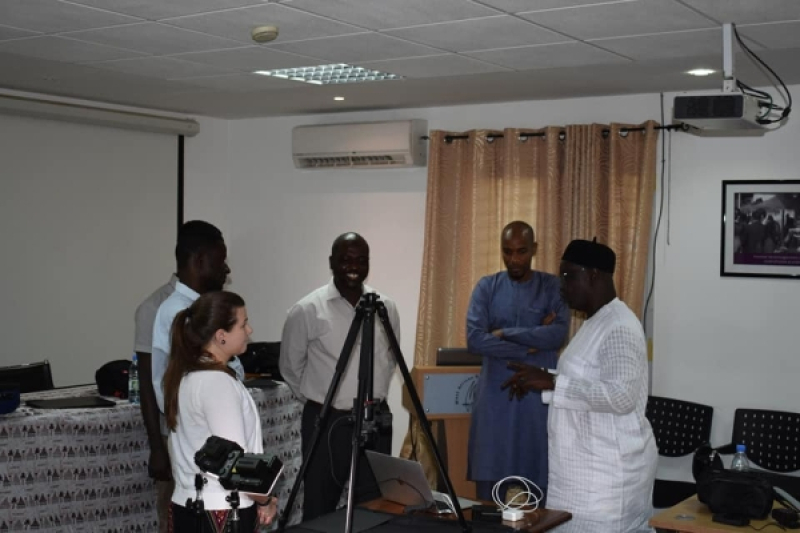 In Dakar, the team took base in two studio bases – in the West African Research Center and at Ceerno Madani Taal’s residence – and photographed manuscripts collected from different locations in Fuuta Tooro region.

The team’s collection of local Islamic manuscripts in Fuuta was facilitated by Ceerno Madani Taal who made his library available to us along with a team of scholars to help with metadata production. The team benefitted from a preliminary research trip in 2018 to Koniakari (Mali) facilitated by regionally celebrated Ceerno Hamidou Bane. Director of the West African Research Center Ousmane Sene and his team, our research assistants Mountaga Ghali Ba, Oumar Sy, Seydou Nourou Ly, Abdoulaye Barry, Dr. Delivrance Nzale, and archivist Cheikh Oumar Tall brought immense support to this project.

The collection of Ceerno Madani Tall

Ceerno Madani Taal is the current custodian of the manuscripts recorded under his name and collected from his Dakar residence in Medina. The collection includes 11manuscripts in total. Ceerno Madani Taal’s collection is housed at his residence and includes unbound and bound manuscripts for a total of 4090 folios. The manuscripts were originally under the custodianship of Ceerno Seydou Nourou Taal (1880-1980). Upon his death, Ceerno Mountaga Tall (1914-2007) took over custodianship. Then, he passed on the library to Ceerno Madani Taal. The manuscripts are stored in leather folders and kept at Ceerno Madani Taal’s family library in Medina. The project’s metadata reveals that eight of the 11 manuscripts were composed by Al Hajj Umar Taal. The other three were authored by Haalpulaar scholars Shaykh Ahmad Ndiaye (aka Demba Raabi), Muhammad al-Jamrābal Mu’adh al- Fūta Jalūwī, and Mountaga Tāl. Al Hajj Umar Taal’s texts include his originals, as well as foreign books originally authored by Arab scholars. The manuscripts are wrapped in leather and cardboard folders, stored at Ceerno Madani Taal’s family library. The texts cover assorted topics about general Islamic education, Qur’an exegesis, panegyric poetry, hagiography, and the expansion of Islam. Texts also cover Tijaniyya teachings based on the text of founder Ahmad al-Tījānī and the well-known Imam Mālik’s al-Muwatta concerning Islamic law about marriage, trade relations, food and goods, lands and land-related law, civil and human rights, collective property, and leadership.

The collection of Mountaga Ba

Mountaga Ba is the current custodian of the manuscripts recorded in his name and collected from the town of Pate Galo (northern Senegal). Ba’s family holding includes 54 small unbound book manuscripts and loose folios. The material was mostly authored by the custodian’s father, Muhammad al-Ghāli Bā who, during his lifetime had occupied important political and religious positions in both Senegal and Mauritania. In Senegal, al-Ghāli Ba was the biographer and member of the entourage of supreme leader (Khalif-General) of the Taal branch of Tijaniyya and he worked with both Ceerno Saydu Nuuru Taal and Mountaga Taal. In Mauritania, he was an adviser to Moktar Ould Daddah, the president of Mauritania from 1960 to 1978 and worked with the country’s national radio at the latter’s request. During his stay there, he authored several manuscripts documenting socioeconomic and political life in Mauritania. The manuscripts document al-Ghāli Bā’s lifework. The files are of varying sizes, ranging from manuscripts as big as 150 pages to short texts of only three folios in length. The book manuscripts cover Islamic sciences, history, Islamic education in Pulaar speaking society, praise poetry, Sufism, and several biographies of Sufis of the Tijaniyya brotherhood. The folios contain Islamic praise poems, correspondences and, sometimes, a mixture of both. The correspondence was written and/or received during religious and secular occasions. Majority of the manuscripts were composed by Muhammad al-Ghāli Ba (d.1991) of Pate Galo. Some other folios were authored by Mamad al- Amīn Āj, Sall Ahmad Al Hajj, Abubakr Sī, Mountaga Ba, and a few unknown authors. 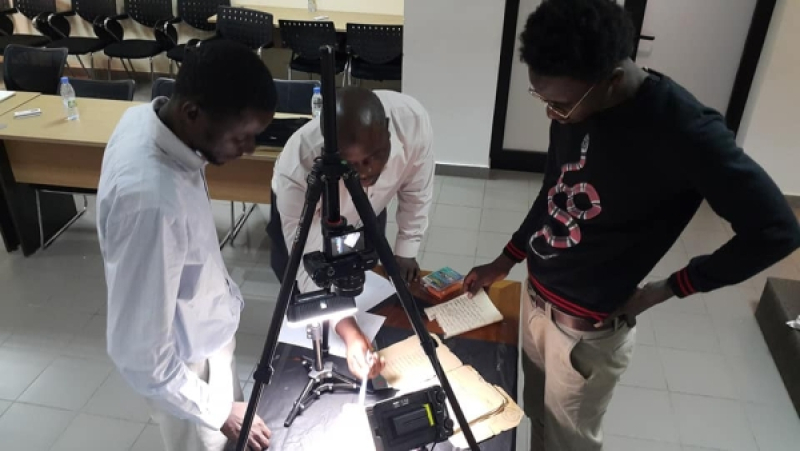 The collection of Oumar Sy

Oumar Sy is the custodian of the manuscripts recorded in his name. Oumar Sy’s collection differs from the above collections in that it is comparatively recent – beginning in the 1980s – and was composed in Pulaar `Ajamī. The Sy collection includes ten small unbound manuscripts and folios. The material was mostly authored by Oumar Sy, and some of the files are copies of famous mawluudu songs originally composed by celebrated local poets, such as Oumar Sy’s teacher, Hamet Sy. A small set of unbound Arabic folios was authored by the custodian's friend, Ahmed Tijān Bah. The files are of varying sizes, ranging from manuscripts as big as fifty pages to works of two folios in length. The manuscripts are praise poems in panegyric style.

Today, the manuscripts in the EAP1245 collections constitute a living Haalpulaar culture. The locals’ engagement with the manuscripts has given the texts a continuity of modern social life through time.

Posted by Endangered Archives at 1:42 PM