We have another 4 new projects online to bring to your attention. This time from Indonesia, Iran, India, and West Africa:

Led by Dr Titik Pudjiastuti, this pilot project digitised 205 manuscripts that represent the history and culture of Bima - one of the provinces in Nusa Tenggara Barat, in the eastern part of Sumabawa Island, Indonesia.

In 2016, these manuscripts survived an avalanche and flood that affected the region. And this project has gone some way to helping protecting the manuscripts against future natural disasters. 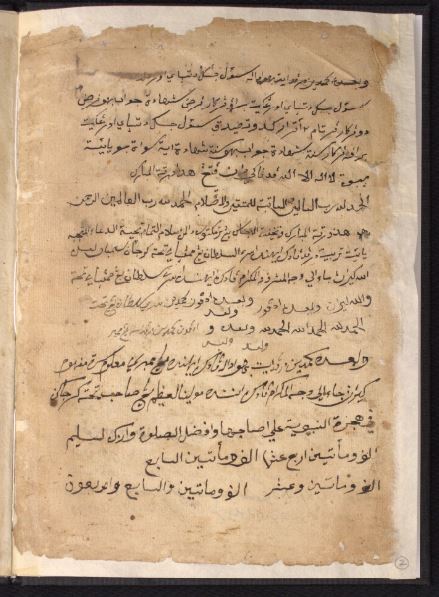 Bismillahirrahmanirrahiim [A treatise of the spirits (Ruh)], EAP988/1/1

This major project was led by Dr Saloumeh Gholami. It digitised 11 manuscripts containing more than 8,000 pages. It also digitised more than 15,000 historical, economic, and legal documents regarding the religious minority of Zoroastrians in Iran.

This collection was came to light in February 2016 in a Zoroastrian house in the Priests' Quarter [Maḥalle-ye dastūrān] in Yazd in Iran. Arabab Mehraban Poulad, a famous Zoroastrian merchant from a priest family, had accumulated and archived his own documents and avestan manuscripts as well as the documents of his father and grandfather over the course of his lifetime. This collection now belongs to his grandchilad Mehran Pouladi.

The EAP1014 team digitising the archive.

These collections are important for understanding the Bengali business community and their strategies in dealing with the English East India Company and the British Raj. 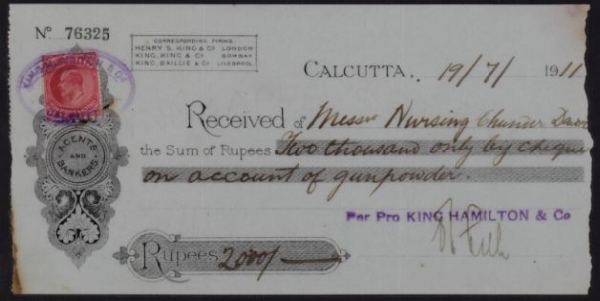 Led by Dr Mohamed Mwamzandi and Dr Samba Camara, this project digitised manuscripts written by some of the most influential Haalpulaar (speakers of Pulaar) Islamic scholars of the late 19th and early 20th centuries.

Pulaar is a variety of the Fula/Fulani language spoken by over five million people in the West African countries of Senegal, The Gambia, Mauritania, Guinea, and Mali. About 40 million Africans use varieties of the Fula/Fulani language. And you can read more about these manuscripts and the project to digitise them in a blog post written by the project's co-lead, Dr Samba Camara.

Posted by Endangered Archives at 10:13 AM