This month we are highlighting four pilot projects that have recently been made available online, from Indonesia, Kenya, Russia, and Tunisia.

Led by Dr Ilya Nagradov, this project (awarded in 2018) digitised a total of 174 books and manuscripts located at traditional residing places of old believers in the Kostroma region of Russia.

Old Believers are Eastern Orthodox Christians who follow a form of Christianity that pre-dates the reforms of Patriarch Nixon, who aimed to unite the practices of the Russian and Greek Orthodox churches in the mid 17th century. 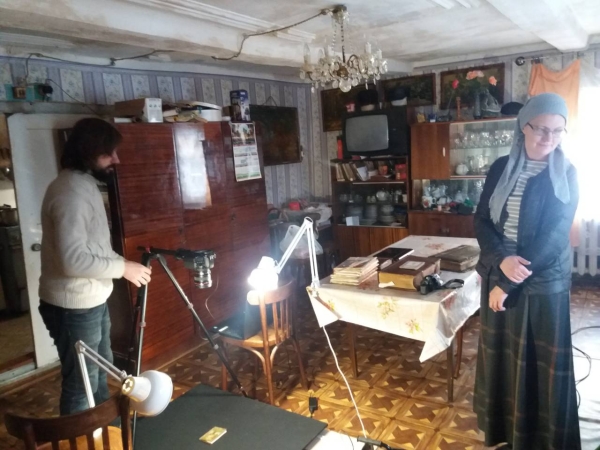 Family Manuscript Libraries on the island of Jerba [EAP993]

This pilot project, led by Dr Paul Love, digitised manuscripts and documents located at the private residence of the El Bessi family. The manuscripts originally belonged to the endowed collection of the al-Bāsī mosque in Waligh, Jerba (Tunisia), which operated from the 18th to the early-20th century.

The texts in the El Bessi library deal with a variety of religious topics including law and theology, as well as biography and poetry. Alongside religious texts, however, the collection holds several works on rhetoric and language as well as the sciences. While many of the manuscripts were written by Sunni-Muslim authors from the Hanafi and Maliki schools of Islam, others were authored by the minority Ibadi-Muslim community on the island. Ibadis are neither Sunni nor Shi’i Muslims and most of their texts today remain in private collections like this one. Having been protected for centuries by Ibadis, collections like this one and many others on the island of Jerba are in danger of being lost forever.

Almost all items are in Arabic, although Turkish appears occasionally as a language of commentary or marginal notes.

This pilot project led to a follow on major project, which has digitised a further seven Arabic library collections in Jerba, Tunisia; the results of which will hopefully go online later this year. But in the meantime, the EAP993 project has produced nearly 100,000 digital images to keep you busy until then.

This pilot project, led by Mr Fiqru Mafar, produced a survey of manuscripts located in the Kampar region of Indonesia.

The dates of the manuscripts range from the 17th century to the 21st century. The oldest manuscript can be dated back to 1668. 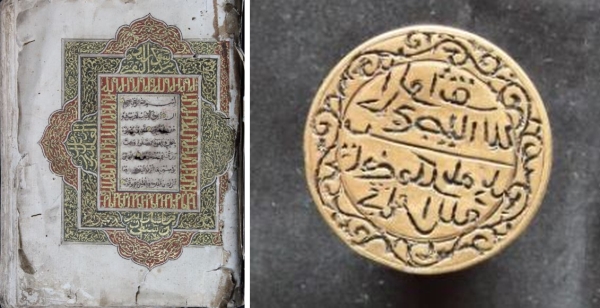 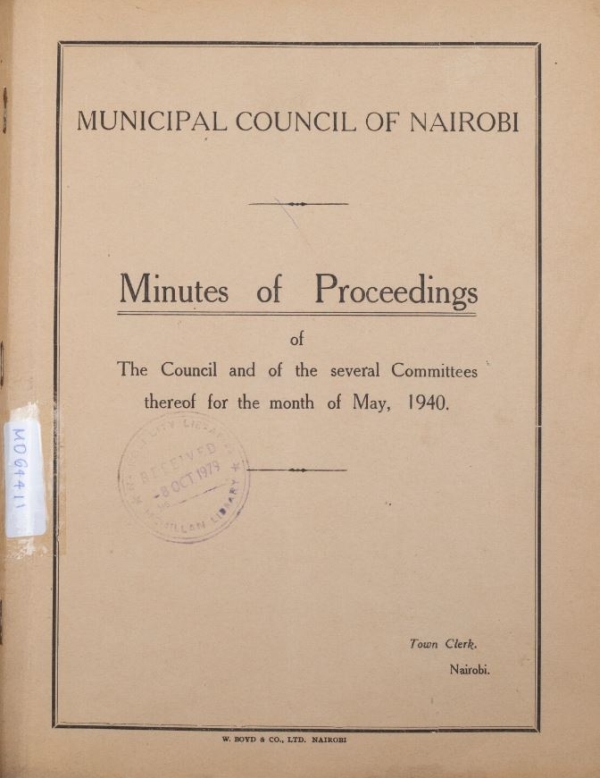 Municipal Council of Nairobi Minutes of Proceedings of The Council and of the Several Committees Thereof for the Month of May, 1940 (EAP1357/1/1)

Posted by Endangered Archives at 4:01 PM