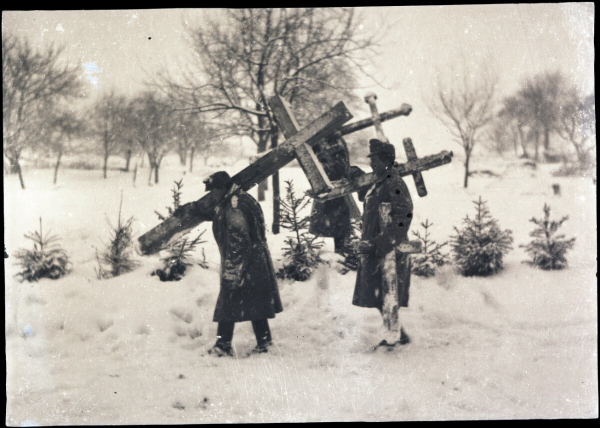 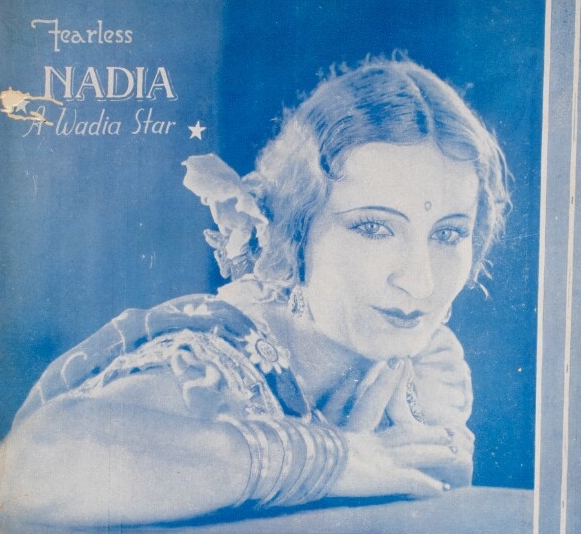 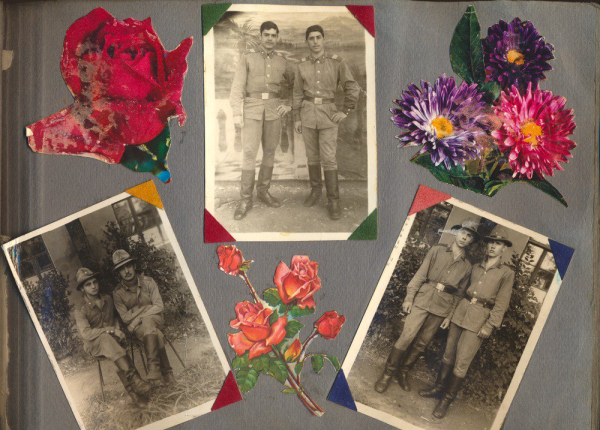 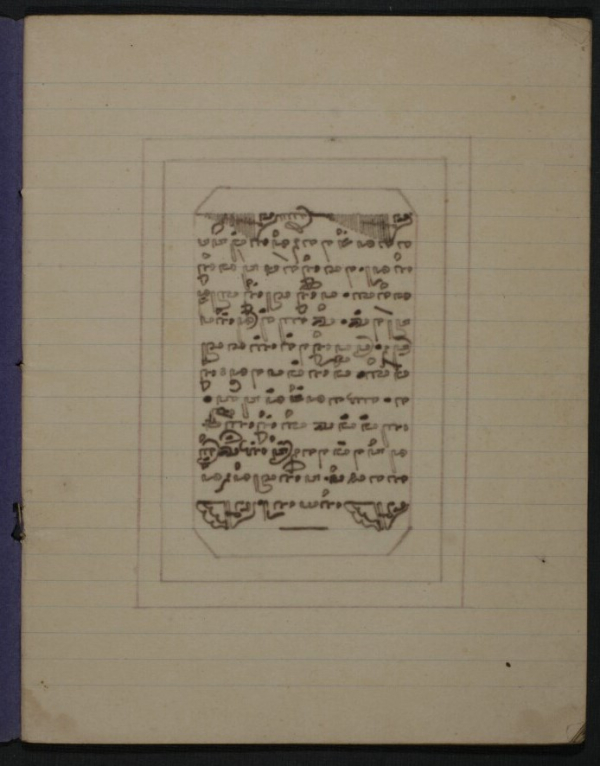 Do you know of any collections that are currently at risk and need preserving? The Endangered Archives Programme is now accepting grant applications for the next annual funding round – the deadline for submission of preliminary applications is 4 November 2016 and full details of the application procedures and documentation are available on the EAP website. This year we will also be accepting online applications. 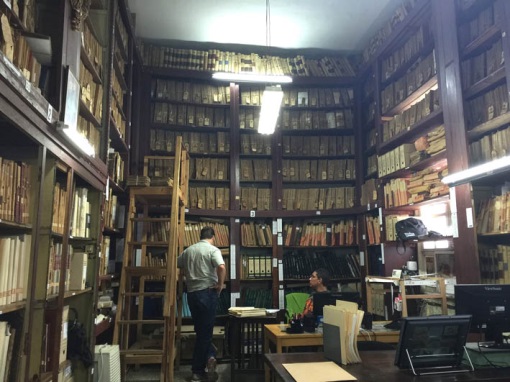 EAP843: Part of the Archibishopric’s Archive, Sandiago de Cuba. A pilot project undertaken in 2015 with a major project about to begin.

The Endangered Archives Programme has been running at the British Library since 2004 through funding by Arcadia, with the aim of preserving rare vulnerable archival material around the world. This aim is achieved through the award of grants to relocate the material to a safe local archival home where possible, to digitise the material, and to deposit copies with local archival partners and with the British Library. These digital collections are then available for researchers to access freely through the British Library website or by visiting the local archives. The digital collections from 165 projects are currently available online, consisting of over 5 million images and several thousand sound recordings.

This year we have started making our sound recordings available for online streaming and one of our most popular archives is the Syliphone Label.

The following images give a sense of the type of material that went online over the past year. 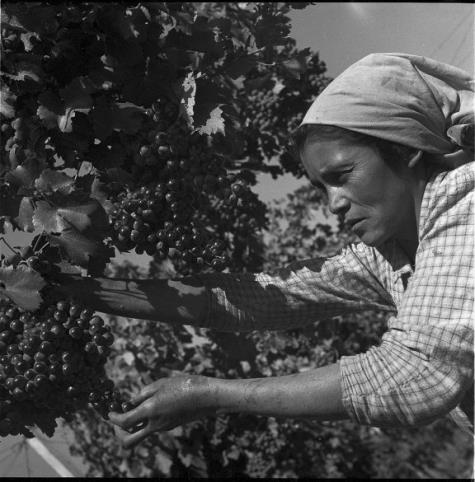 EAP755/1/1/86 Mendoza. Photographs taken by Annemarie Heinrich, Argentina. The team working on this project have also been awarded  a major grant. 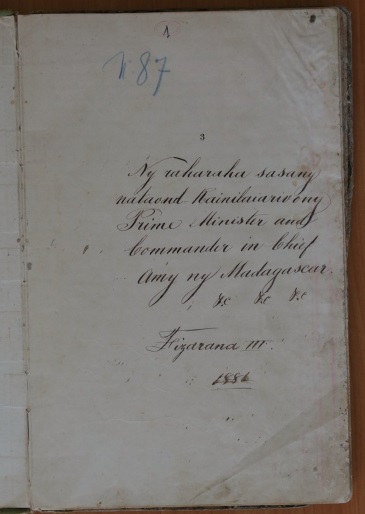 So, if you know of an archive in a region of the world were resources are limited, we really hope you will apply. If you have any questions regarding the conditions of award or the application process, do email us at endangeredarchives@bl.uk

Just a quick post to draw your attention to the fact that today is the UNESCO World Day for Audiovisual Heritage, established to raise awareness of the value of audiovisual material , and the challenges we face in ensuring its preservation for current and future generations. The UNESCO web pages have more information about the day, including details of a programme of short films to be screened in Paris this evening in celebration.

EAP projects have digitised a range of audiovisual materials, documenting such varied performances and events as Chinese Dongjing performances, initiation rites for the Dagara Bagr cult of Northern Ghana and Southern Burkina Faso, records created by the East Timor Commission on Return, Truth and Reconciliation from 2002-2004, and recordings of North Indian Classical Music. 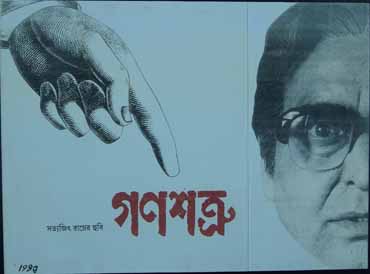 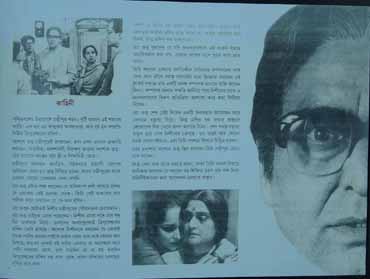 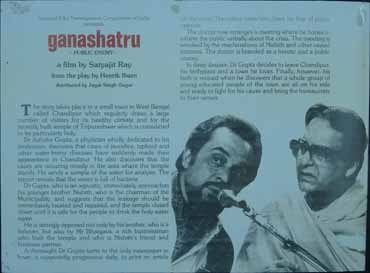 EAP at the pictures: Sagina Mahato

This week's film pick is Sagina Mahato, released in August 1970 and directed by Tapan Sinha. Dilip Kumar stars as the titular Sagina Mahato, "a man who drank like a fish, smiled like an angel, fought his enemies like a demon and loved his comrades like a primitive God." The Rudrajit Mookherjee Collection contains a promotional booklet for the film (reference EAP127/9/1092), written in both Bengali and English. 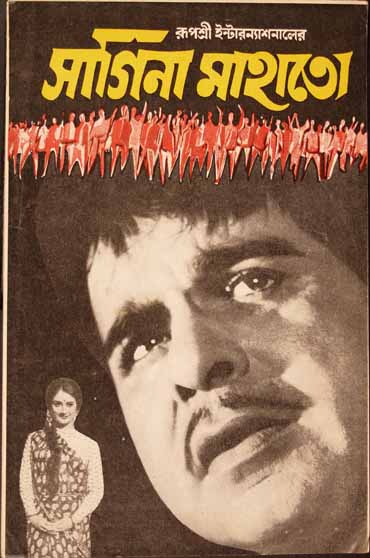 After instigating a strike over the improper dismissal of a fellow worker, Sagina Mahato unwittingly finds himself lauded as a champion of worker's rights. This position puts him in conflict with the factory foreman and with other labour movement leaders. Industrial unrest, corruption and power struggles all lead to a dramatic courtroom finale.... 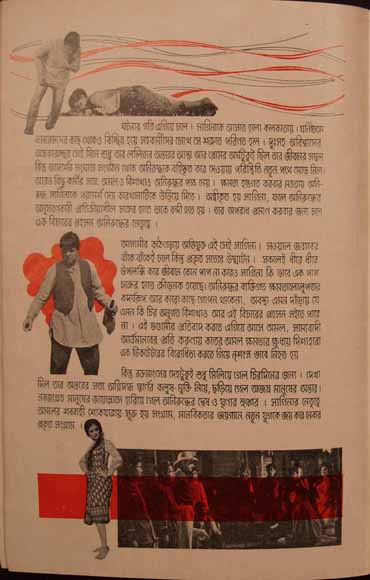 EAP at the Pictures: Goopy and Bagha

As I catalogue the cinema booklets, I have come across two popular characters created by the great Bengali writer Upendrakishore Ray: Goopy Gyne and Bagha Byne. The pair first appear in the book gupi gain o bagha bain (part of the Jadavpur University School of Cultural Texts and Records Main Collection, Reference EAP127/1/1/45 if you would like to view it), and later in a film of the same name adapted from Ray's story by his grandson, Satyajit Ray. 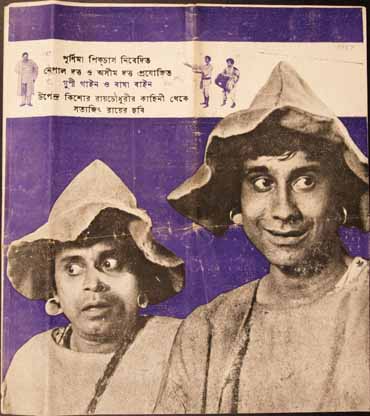 Goopy and Bagha are both aspiring musicians but, unfortunately, neither of them have any musical talent. Their singing and drumming are so terrible they are both banished, and they meet in a forest. Miserable and afraid, they start performing in an effort to stave off their growing fear of the encircling gloom. The noise attracts the attention of a group of ghosts who are fasinated by their playing. The chief of the ghosts grants them three powers: they can clap their hands to conjure up food and drink; they are given a pair of magic slippers which can transport them wherever they wish; and their music now causes such awe in listeners that it immobilises them!

Goopy and Bagha put these powers to good use through three popular and award-winning films: goopy gyne o bagha byne, hirak rajar deshe and goopy bagha phire elo. The images in this post come from booklets produced to promote the films. 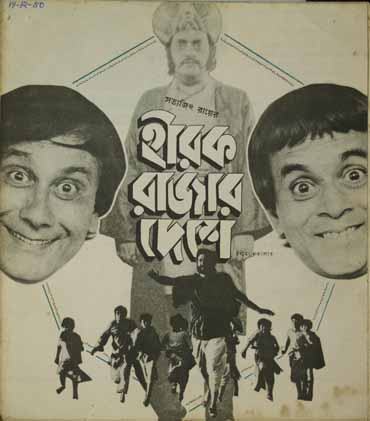 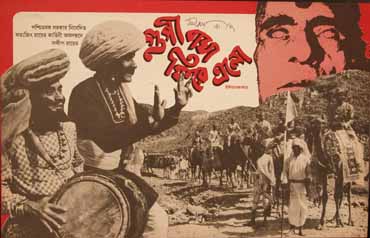