The idea of shared histories is used to reconcile the memories different individuals or groups have of a shared experience. For example, a more complete picture of slavery is given if it includes the memories of both black and white families living on plantations; a fuller picture of Empire is found by examining the stories from both indigenous peoples and colonial settlers. The idea of shared histories also enlarges the scope of a subject, event or period by allowing all participants a voice. For example, our understanding of the history of warfare has been expanded by adding the diaries, letters and other records of mothers, sisters, wives and sweethearts to those of soldiers and government units.

In this way shared histories are used to create a common memory of the past. Material copied by EAP projects has the potential to pay an important part in this process. The projects actively find and preserve historical records from local areas and countries. They also preserve the records of religious and political movements that span countries and centuries.

The records copied by EAP006 First Yap State Constitutional Convention audio tapes conversion project are of immense importance to the history of Yap Sate in Micronesia. These records also form part of the history of constitutional government in Oceania, and in the world. This project digitised audio recordings from the First Yap State Consitituional Convention held in 1982 to develop a constitutional framework by which they intended to be self-governing. A referendum followed with the majority of the citizens accepting the Constitution.

The records copied by EAP071 Archiving texts in the Sylhet Nagri script are important to the history of north-eastern Bengal because of their subject matter and because they represent a corpus of material written in a unique script. They are also significant for the history of writing and the history of printing in India. The script became a vehicle for popular culture and religion. The texts cover religious themes, social issues and popular stories.

Here is a page from Haribamsa, from the Khaunis Cakrabarti Collection. This text narrates the love story of Krisna and Radha, Hindu divinities. 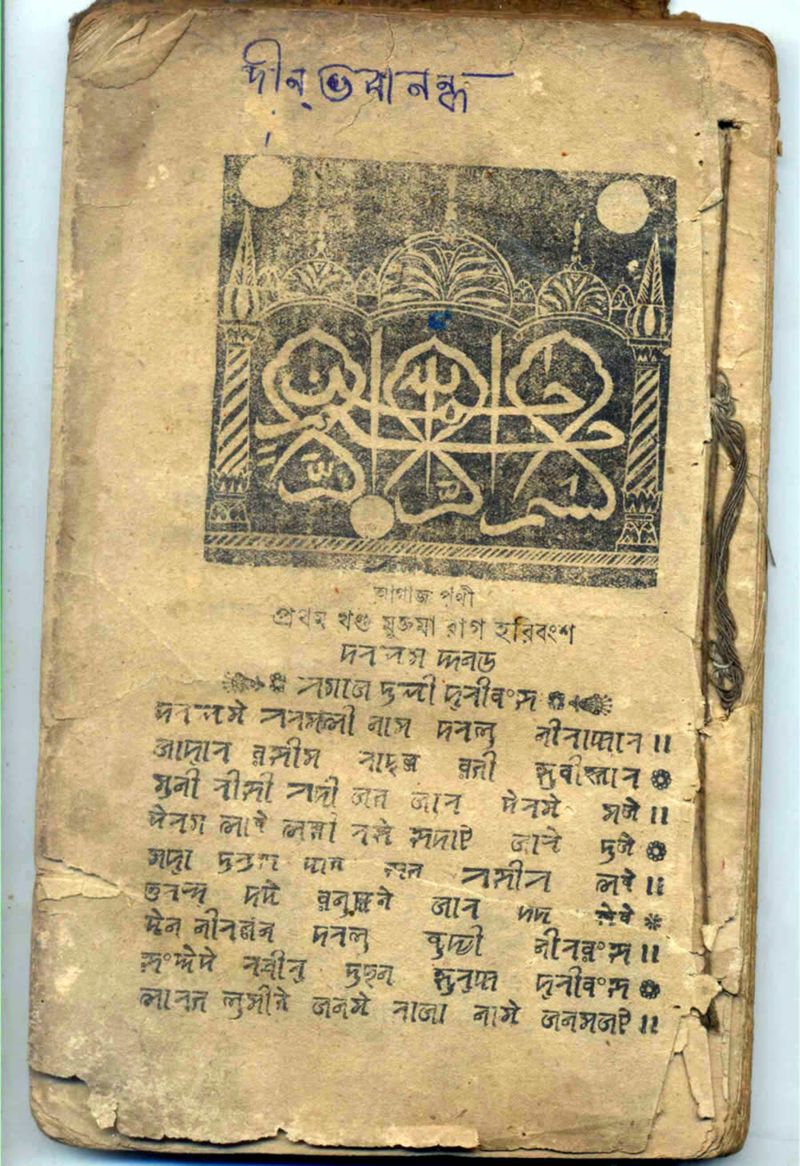 By choosing to preserve and value a wide set of historical records the stock pile from which fuller histories can be written grows. The EAP allows items from the historical record to be found and examined by those whose local history and identity they record. It also makes these available to a wider audience thereby allowing more people to share in a wider understanding of history. And by sharing this history, perhaps to make it their own.

Saving the endangered records of Tuvalu

Rising sea levels are swallowing Tuvalu. Increased climate change is a threat to the people who live there and to their archival heritage. The National Archives at Tuvalu is also at risk of being washed away in a cyclone or being saturated and damaged by tidal surges. Little wonder then that they decided to copy some of their records.

The Tuvalu National Archives has formed the focus of two EAP projects. The first, a pilot project, copied quite a number of records from when they formed part of the British Gilbert and Ellice Islands Colony. This was the first project whose material I catalogued after joining the EAP. The final catalogue is available on the EAP web pages.

The records copied by the pilot project cover many aspects of government administration. Most of the records relate to land ownership and use, including a request from the inhabitants of Funafuti for “some form of continuing compensation from the permanent loss of their pulaka pits which were filled in by the Americans during the last war” (EAP005/COL9/4). I also found a letter from 1959, informing the Chairman of the Funafuti Island Council that they won’t be getting a visit from a dentist until 1960 (EAP005/COL1/9/8). 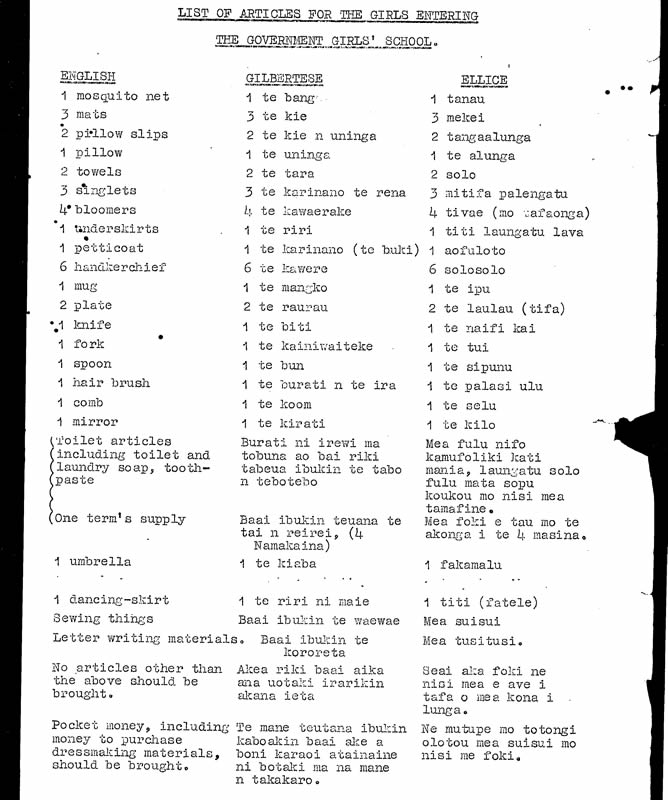 Education is also covered. This piece of correspondence lists the items girls needed to bring with them to the government school. Note that they needed to provide their own mosquito net and pillow, as well as 6 handkerchiefs and 1 dancing skirt. Compare this to the items required of the boys. They must bring devotional books, hair oil and also 1 dancing skirt. 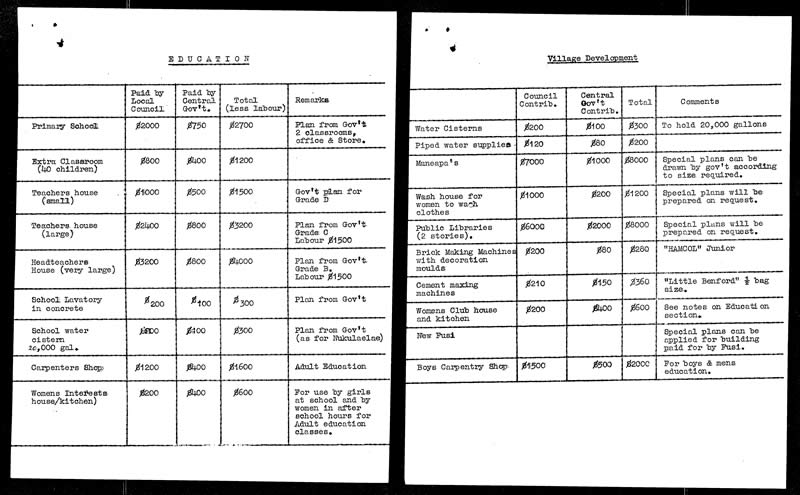 Finally, I was pleased to come across these tables showing the costs of building works. The “Village Development” table reveals that the Villages valued books and wanted 2 story public libraries in which to house them.

The records in this project were copied by the Pacific Manuscripts Bureau.