Until the beginning of the 20th century the Tanguts were only known through a few scattered references in historical texts. That changed with the excavation of the ancient ruined city of Kharakhoto by the Russian explorer Pyotr Kuzmich Kozlov (1863-1935). During two visits to the site in 1908 and 1909, Kozlov discovered thousands of ancient manuscripts in Chinese, Tibetan, and an unknown language that would later be identified as Tangut. Along with other artefacts, including beautiful paintings on silk, KozlovŌĆÖs discoveries were taken back to St Petersburg, and are now housed in the Hermitage and the Institute of Oriental Manuscripts at the Russian Academy of Sciences. 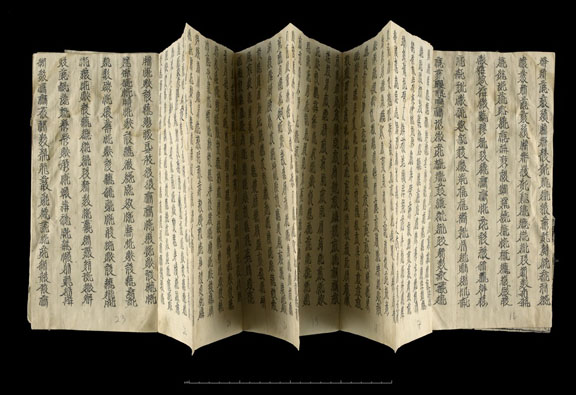 A project under the Endangered Archives Programme (EAP140) has now digitized a significant portion of the Tangut manuscript collections at the Institute of Oriental Manuscripts, St Petersburg. These are manuscripts of the Mah─üpraj├▒─üp─üramit─ü s┼½tra, "The Great Sutra of the Perfection of Wisdom", the most numerous single text in the collection. Just like in Chinese and Tibetan Buddhism, this massive text was copied extensively for the religious merit thought to accrue from copying scripture.

These copies of the Mah─üpraj├▒─üp─üramit─ü s┼½tra are now available on the EAP website and will also be made available on the websites of the International Dunhuang Project. The high-quality colour images of these manuscripts make it possible to appreciate the variety of writing styles and book formats used in the Tangut kingdom. Book forms include concertina manuscripts like the one pictured above, and scrolls (see below). 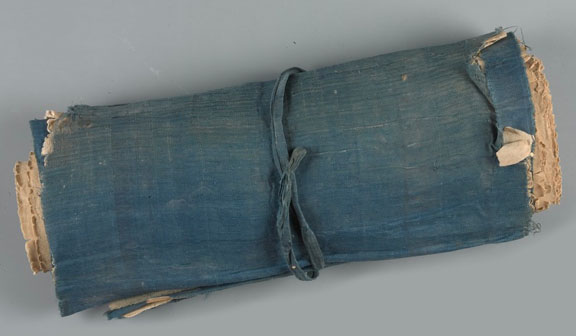 The technology of woodblock printing was being used in China and Central Asia from the 7th century, and the production of both printed books and manuscripts continued in the following centuries. Though printing was a well-established technique in the Tangut kingdom, the great majority of these copies of the Mah─üpraj├▒─üp─üramit─ü s┼½tra were written by hand. Many of the manuscripts also have a block-printed frontispiece showing a scene of the Buddha teaching, an interesting combination of print and manuscript technologies. The fact that the same print is attached to many of the manuscripts suggests that they were produced around the same time. The Buddhist dynasties of China and Tibet sponsored major projects of copying the Perfection of Wisdom sutras, and it is likely that the Tangut emperors wanted to show that they could do the same. 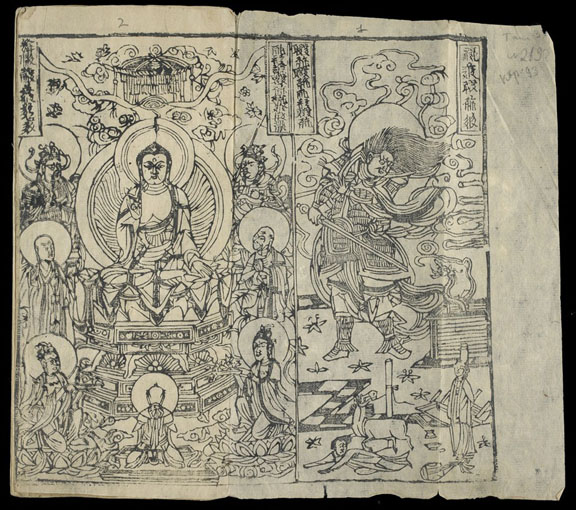 A block-printed illustration, the frontispiece to a Mah─üpraj├▒─üp─üramit─ü s┼½tra. Tang.334/204  EAP140/1/38

We are very lucky to have another guest blog, this time Dr Irina Pochinskaya who was the grant-holder for EAP556 will talk about the fascinating items that makes up part of the collection for this project. 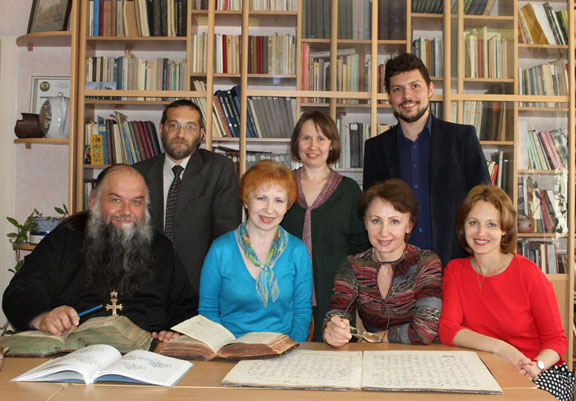 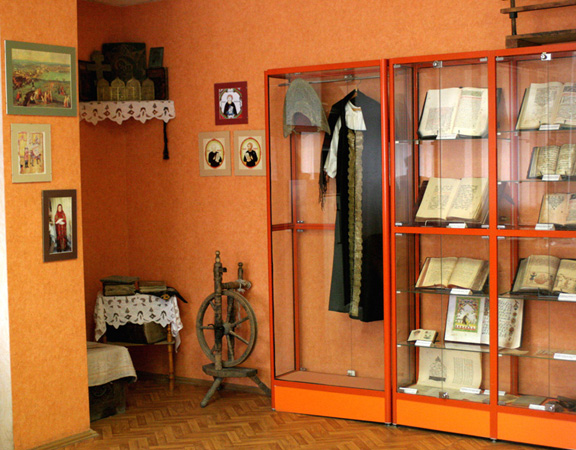 Teaching exhibition at the Laboratory.

The Collection of manuscripts and old-printed books at the Laboratory of Studies in Archaeography of the Ural Federal University, Yekaterinburg, Russia, consists of almost 6000 biblio artifacts of the Ancient Russian tradition and has its roots in Byzantine culture. 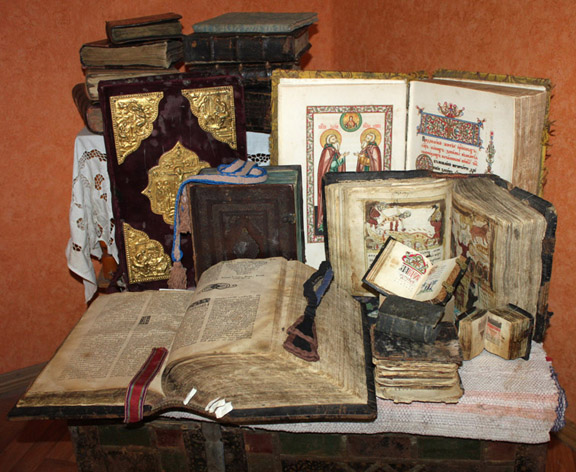 The books of the Laboratory collection.

In Russia this tradition is kept and developed by Old-Believers, representatives of a social-religious movement, which appeared as a result of the 17th century split of the Russian Church.

There are 3876 manuscript items in the Laboratory. 19 items are dated to the 15th ŌĆō 16th centuries. A particularly interesting manuscript from this date is a Gospel (1530s), it contains a signature by the Archbishop of Novgord, Macariy (who later became the Archbishop of metropolitan Moscow and then of all of Russia) and is dated 8 November 1540. Another rare manuscript is a Service to the Icon of Vladimir Mother of God (early 16th century). 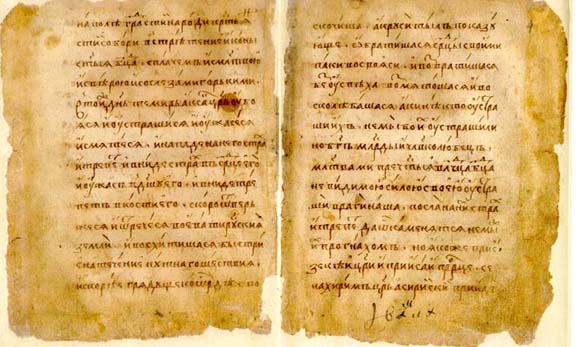 There are a large number of ŌĆ£sbornikiŌĆØ (collections) of different works and church services within the 17th century books. This includes an entire row of unique manuscripts such as the Chronograph (a 1617 edition and a manuscript dated to the 1620s) and ŌĆ£UstavŌĆØ (Order) of Cyrillo-Belozersky monastery, one of the largest in Russia.

Works of N.G. Spafariy, a well-known 17th century writer and diplomat, were widely known throughout the Urals and Siberia and the Laboratory has a collection of SpafariyŌĆÖs works and translations. Of particular importance is ŌĆ£TitulyarnikŌĆØ ŌĆō a handbook for diplomats written in 1672. Our example was made in the 1680s. 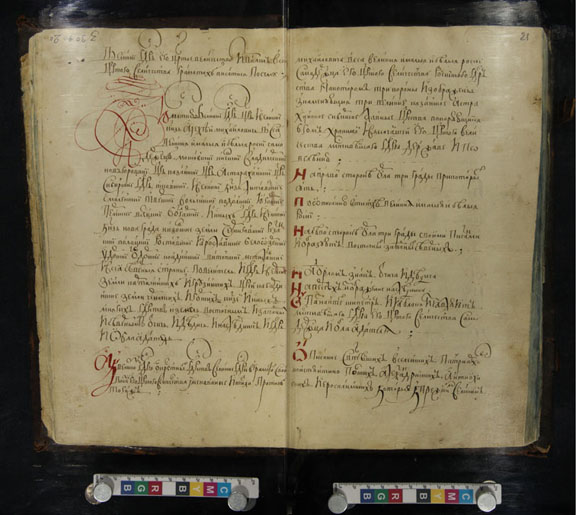 A significant proportion of the 17th century biblio artifacts are manuscripts containing spiritual chants. Melodies in these books were written with special signs known as ŌĆ£kryukiŌĆØ (hooks) which came to Russia from Byzantium.

There are many books in the 18th century manuscript collection. They are thematic compilations of extracts from the Holy Scripture and are eschatological, educational and hagiographical in nature. There are also works of the Church Fathers and original Old-Believers. There are also unique manuscripts, such as the Cosmography (1750s-1760s), which is a historical-geographical essay containing descriptions of countries from all the continents and of course a very detailed description of places in Russia. The description is so comprehensive that we can almost guess the author and the sources he used. 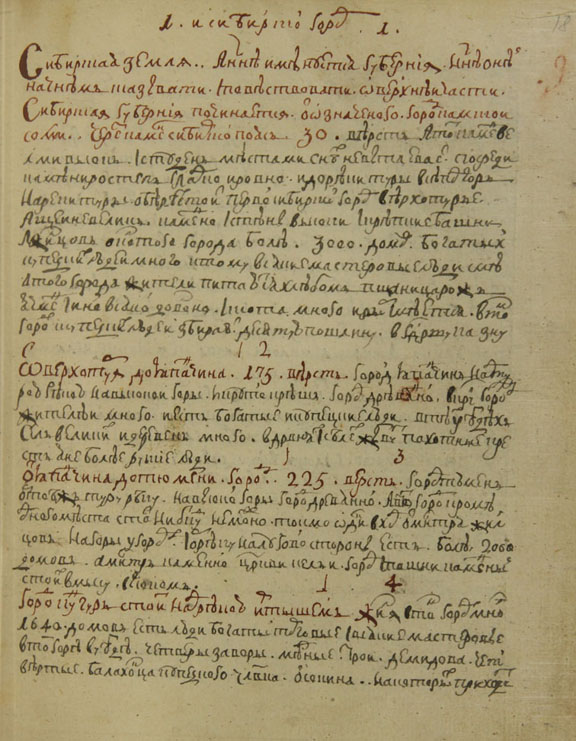 An illuminated manuscript of the 1770s deserve special mention. It contains extracts from the book ŌĆ£PrologŌĆØ  which illustrates the suffering and torture of saints, making it an anthology of Medieval torture. 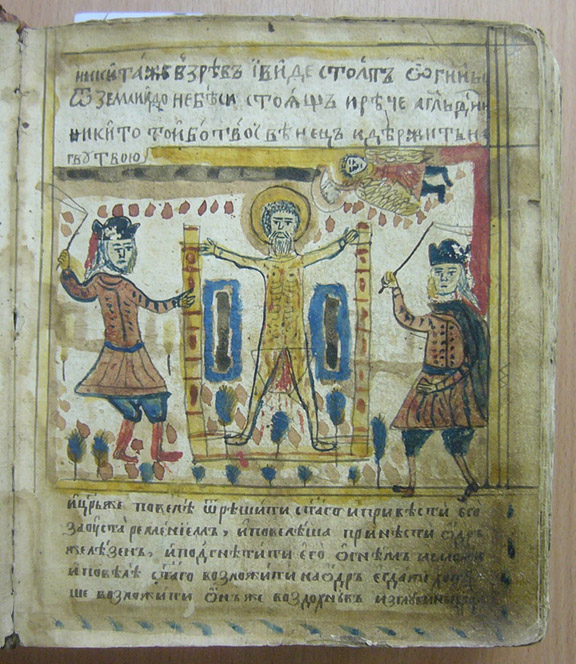 The collection of extracts from Prolog Manuscript, 1770s.

There are many collections of 18th-20th century services, prayers and canons that were necessary for domestic rituals and services. 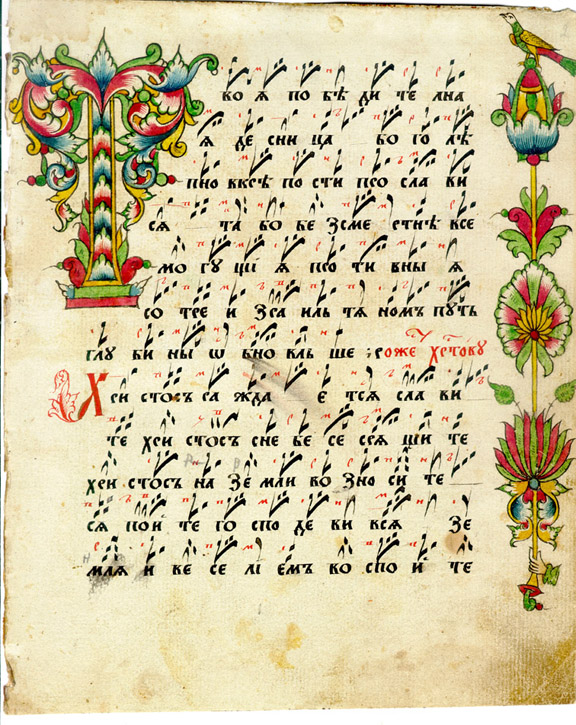 There are 67 old-printed books from the 16th century. Among these are the first books printed in Moscow: The Lenten Triodion (c.1555-1556) and the Gospel (c.1558-59). They have no publisherŌĆÖs imprint, so the creators remain anonymous. 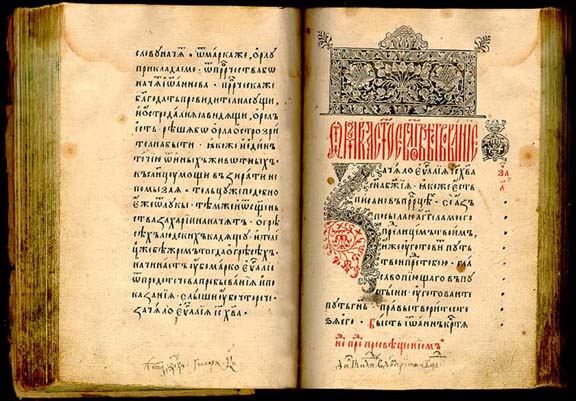 There is also the first accurately dated Russian old-printed book ŌĆō The Apostle dated to 1564 (2 items). The collection also holds the first books published in Ukrainian and Belarussian typographies.

The 17th century books consist mainly of books published before the Church Reform of the 1650s-1660s which divided  the Russian Orthodox Church creating the oppositional Old-BelieversŌĆÖ movement. There are also Ukrainian and Belarussian publications, which were in demand amongst the Old-Believers. 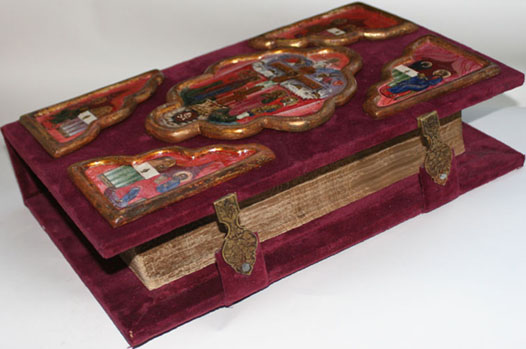 The book collection of  the 18th-20th centuries mainly consists of books published by Old-Believers. During the 18th to early 20th centuries Old-Believers printed books mainly in typographies of the Rzeczpospolita (Commonwealth) in Warsaw, Vilna, Grodno, Pochaev and Suprasl, the books were then illegally exported to Russia. The Old-Believers book publishing from the second half of 19th century to the early 20th century was organized in Russia, but was illegal. In 1905 the government legalized it.

The Laboratory staff actively studies biblio artifacts. You can see the list of their works on the website of the Laboratory.

Due to the Endangered Archives Programme of the British Library (project EAP556 ŌĆ£Book heritage of Ural Old-BelieversŌĆØ) digitisation of the most valuable biblio artifacts at the Laboratory started. The purchase of acid-free book boxes was also carried out under the grant.

Posted by Endangered Archives at 11:00 AM